Physics tells us matter has four separate and distinct fundamental states: gas, solid, liquid, and plasma. I'm not sure if you could say the exact same about wood (beyond the theoretical make up of it's basic elements) but wood I've worked with seems to exist in three states of being: kiln dried, air dried, and green.

All three states of wood behave a little differently while you're working on them, and in order to really learn my media of choice I've tried to gain some experience in all three states. Kiln dried is easy to come by these days and I have some air dried walnut I've used in several projects, but I haven't had much opportunity to make some shavings from the green side of life.

So what better way to break in a new shop than to try a little green woodworking exercise. I had a nice section of willow branch from a tree I helped my parents remove and I though this was a good chance to try my hand at spoon carving. For a while I've wanted to give this rustic woodworking exercise a try but I was waiting on one piece of equipment. 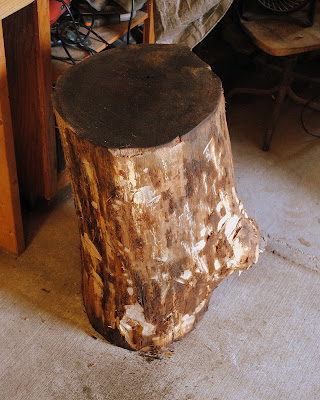 An oak hewing stump. I brought it home while I was still in the old shop, so I had to move it twice, but this was the first real chance I had to work with it.

I'm afraid that carving a spoon seems to be a little like carving for me, at least when it comes to documentation and taking photos. I get into the middle of working and I kind of lose sense of everything else going on.

I've watched several videos on spoon carving, some with Peter Follansbee and I own the FWW DVD "Carving Swedish Woodenware" done by Jogge Sundqvist, but I hadn't tried these things out for myself yet. I did learn you cannot take them from stick to finished in one sitting. You have to let them dry a little in between, and the first step looks kind of rough.

Here is the spoon, freshly busted out of the branch. 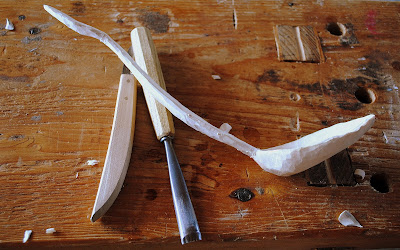 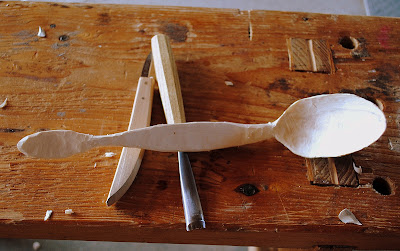 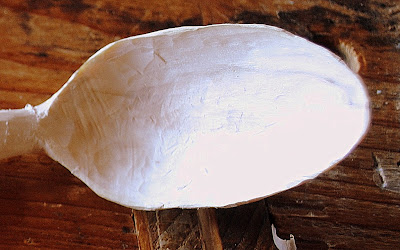 I brought the spoon into the house where the humidity is lower and let it dry for a week. After that I renewed my attack. I smoothed and refined the lines and sanded it down with some 220 grit paper. I tried a simple chip carved design on the handle and quickly realized I need to work on my technique there. I also added a little flair to the end of the spoon. 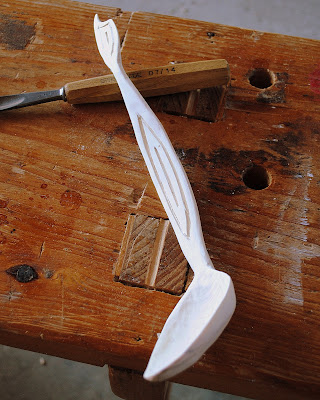 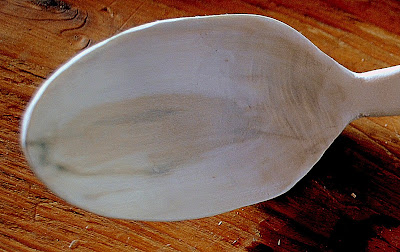 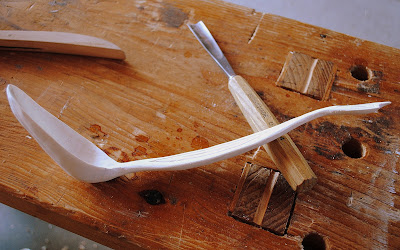 I picked up some mineral oil last night and I'll get around to treating the spoon today. I found this to be a fun and worthwhile diversion.

Now that I think about it more. I think the fourth state of wood might come in the wonderful and warm concoction that allows family and friends to gather, drink beer, and talk smart. One of the best of man's inventions, the backyard firepit. 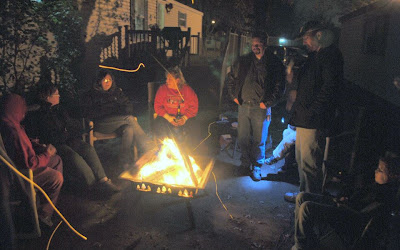