I was hesitant as I unlocked the door and stepped inside my shop yesterday morning. I could almost imagine what was waiting for me. I wasn't disappointed.

I knew in my heart of hearts if I pushed myself further and did the shaping of the seat I planned for there was an increasing probability I would damage the work I had already done, or worse, damage myself. My gut was telling me it was time to pack it in and I have spent my thirties learning I should listen to my gut more than I do. The deal was to build the stool completely in a day and I had fallen short of the mark. It was time to concede. 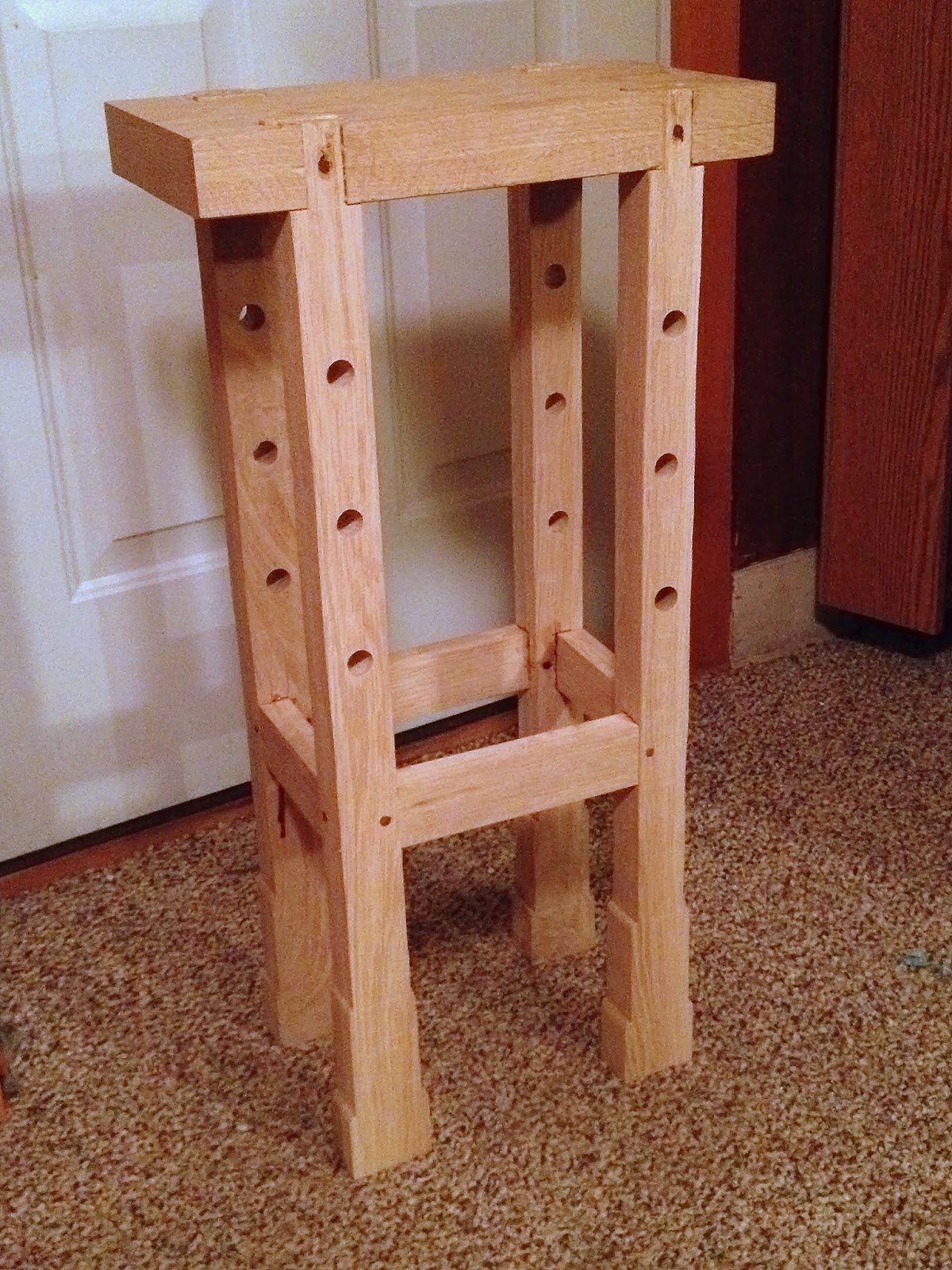 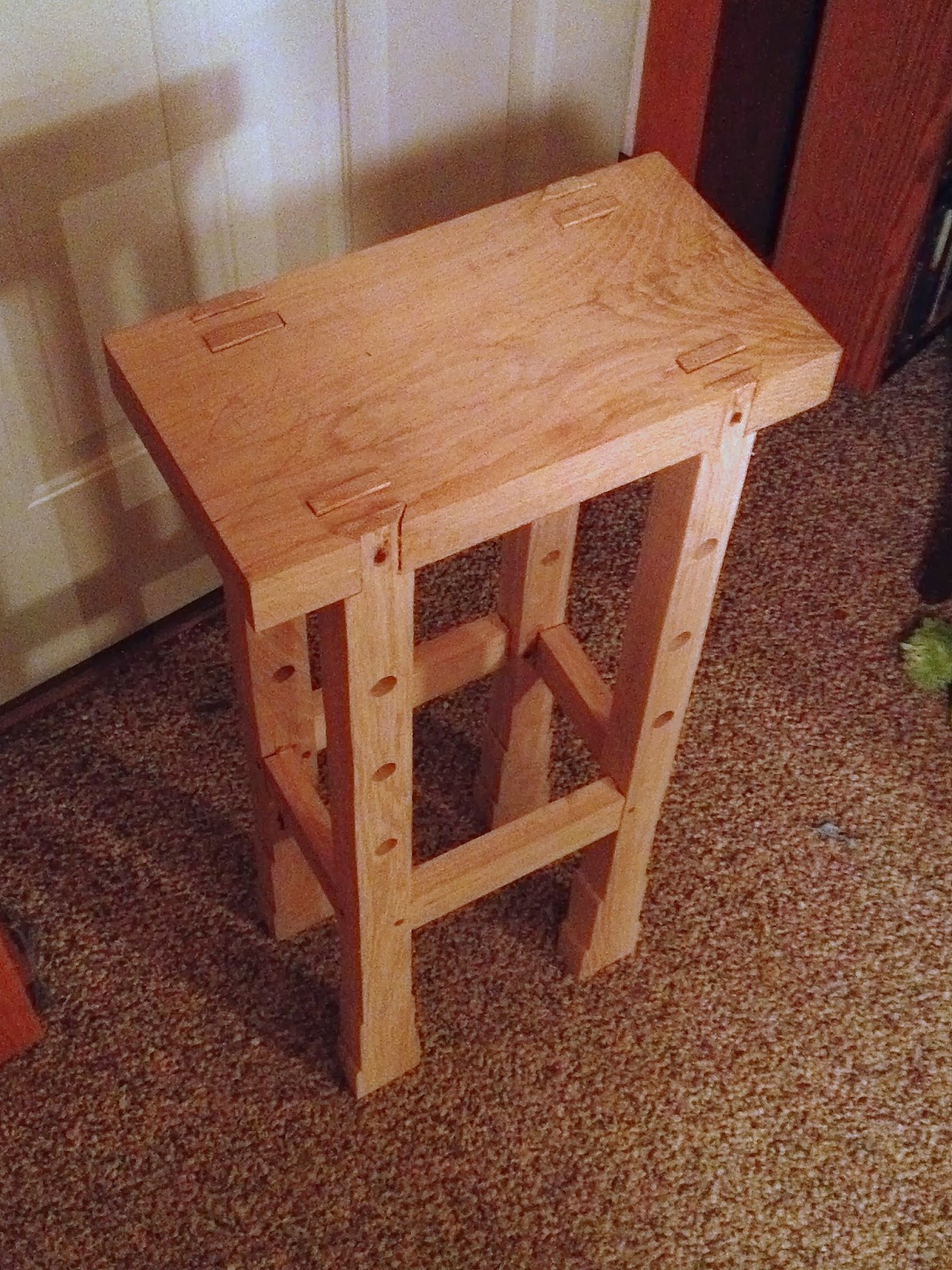 (The end result, I'm calling it the "Plate 11 Shop Stool", for it's foundations in the Roubo workbench. I will finish the work up on it soon, but for now it's back into the queue)

I kicked off the shop furnace, gathered the stool, my camera, sketchbook, and other errata. Hit the lights. Locked the door. And headed inside for warmth, ibuprofen, and bourbon. I didn't pick up or put away a single thing.

Fast forward back to yesterday morning, on the tails of an unusually long work week at the hospital, I opened the door to my haven of sanity, hoping some shoemaker's elves had shown up with the polar vortex and everything in the shop would be neat and orderly, the way I usually keep it. It was a long shot to believe something so miraculous could happen. I took a deep breath and looked around.

I guess I would be alone in righting the devastation. 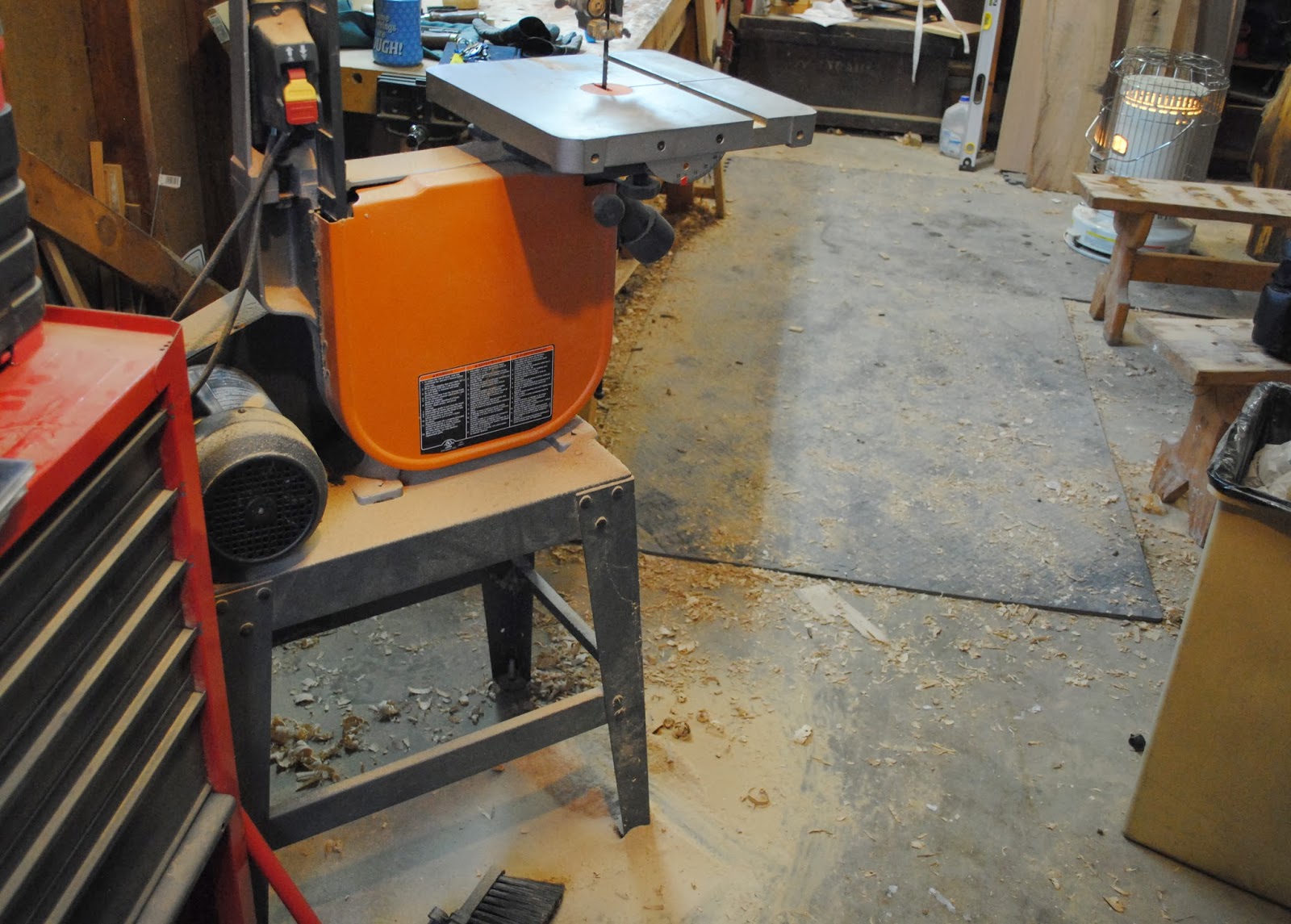 It started just inside the door and the big pile of sawdust on the floor and around my bandsaw. 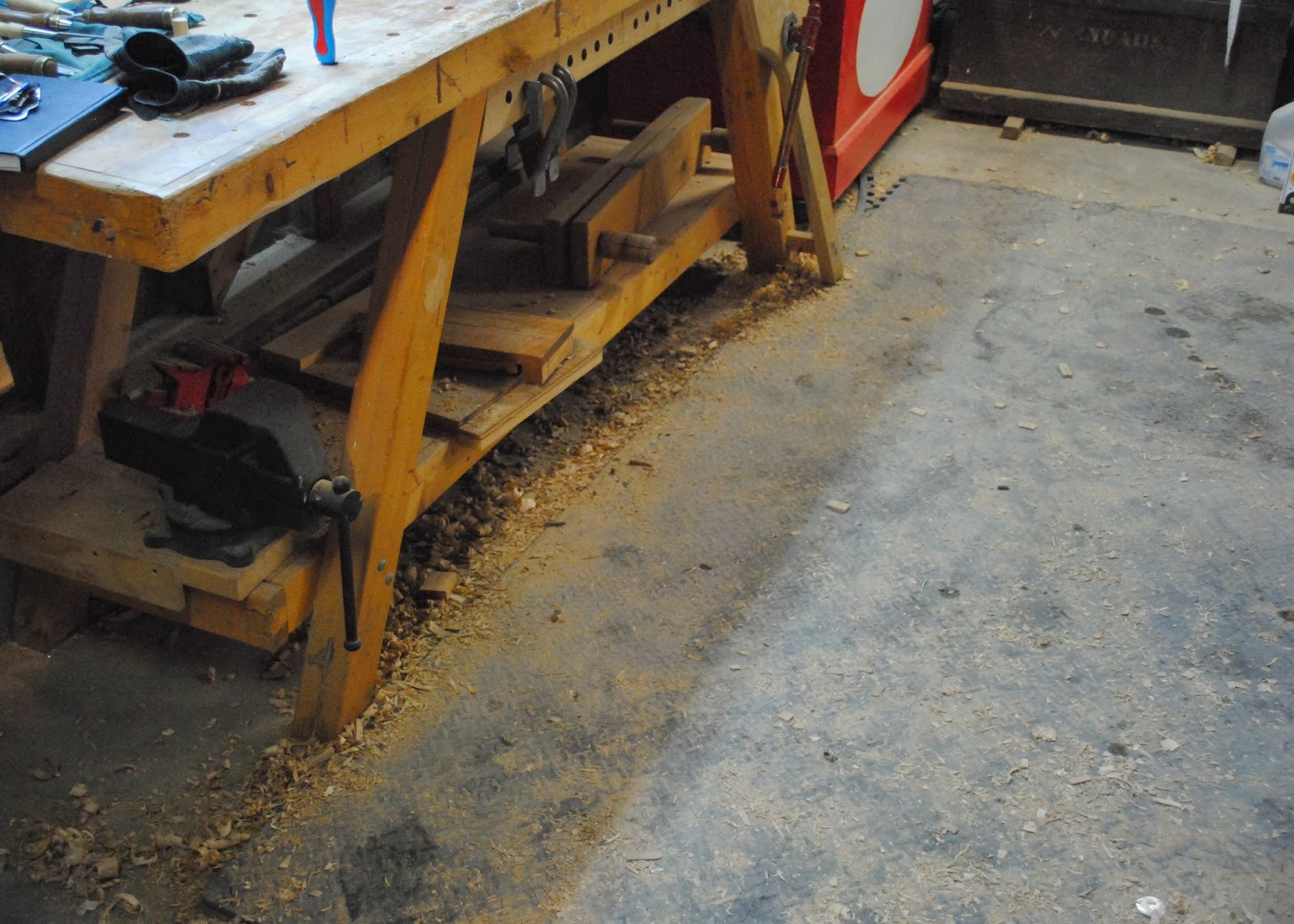 Along the floor in front of the workbench didn't look too bad, but there was a lot more dust than shavings. I'm used to seeing more shavings. 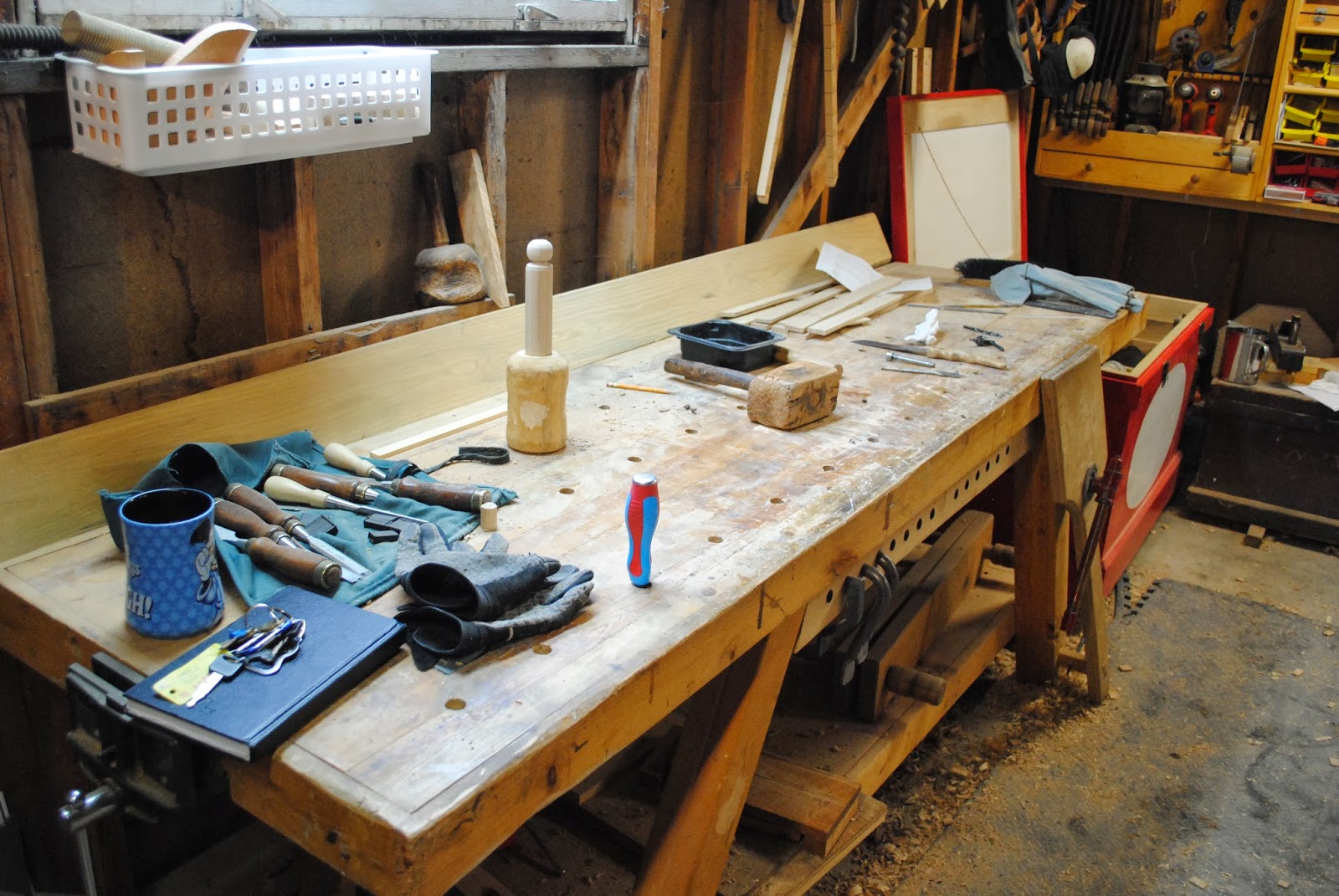 On top the bench was everything I had been working with at the end. I realized I had also left my tool chest open, one of my cardinal no-no's. Cleaning the dust from inside there would take a while. 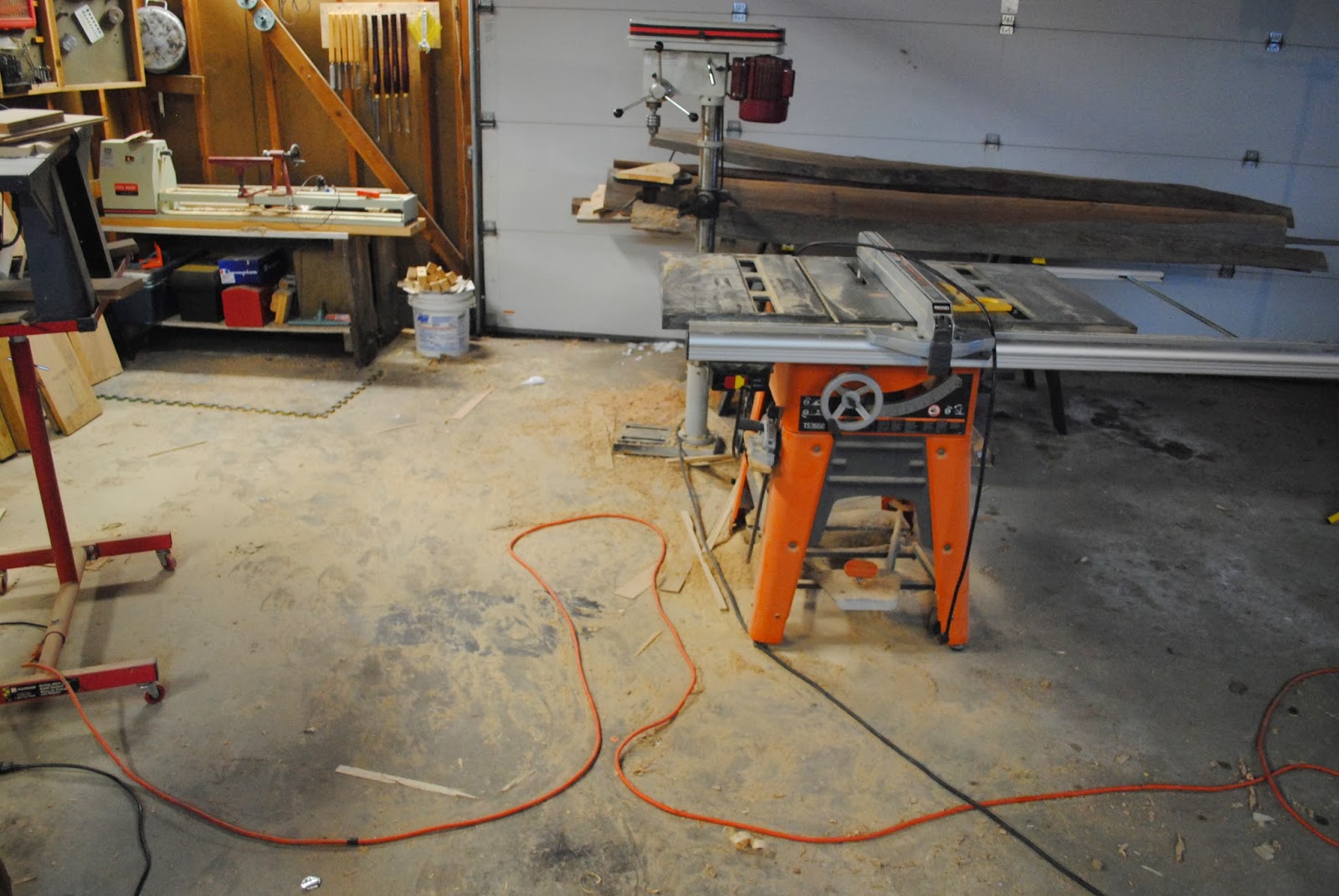 In my focus, I just didn't realize how much dust I was creating. I leaned a little more power tool than hand tool on this project, particularly to cut time and effort. You can follow my work in the scuff marks on the floor. Like Prince Humperdinck dissecting the sword fight between the Dread Pirate Roberts and Inigo Montoya by their footprints in the sand. 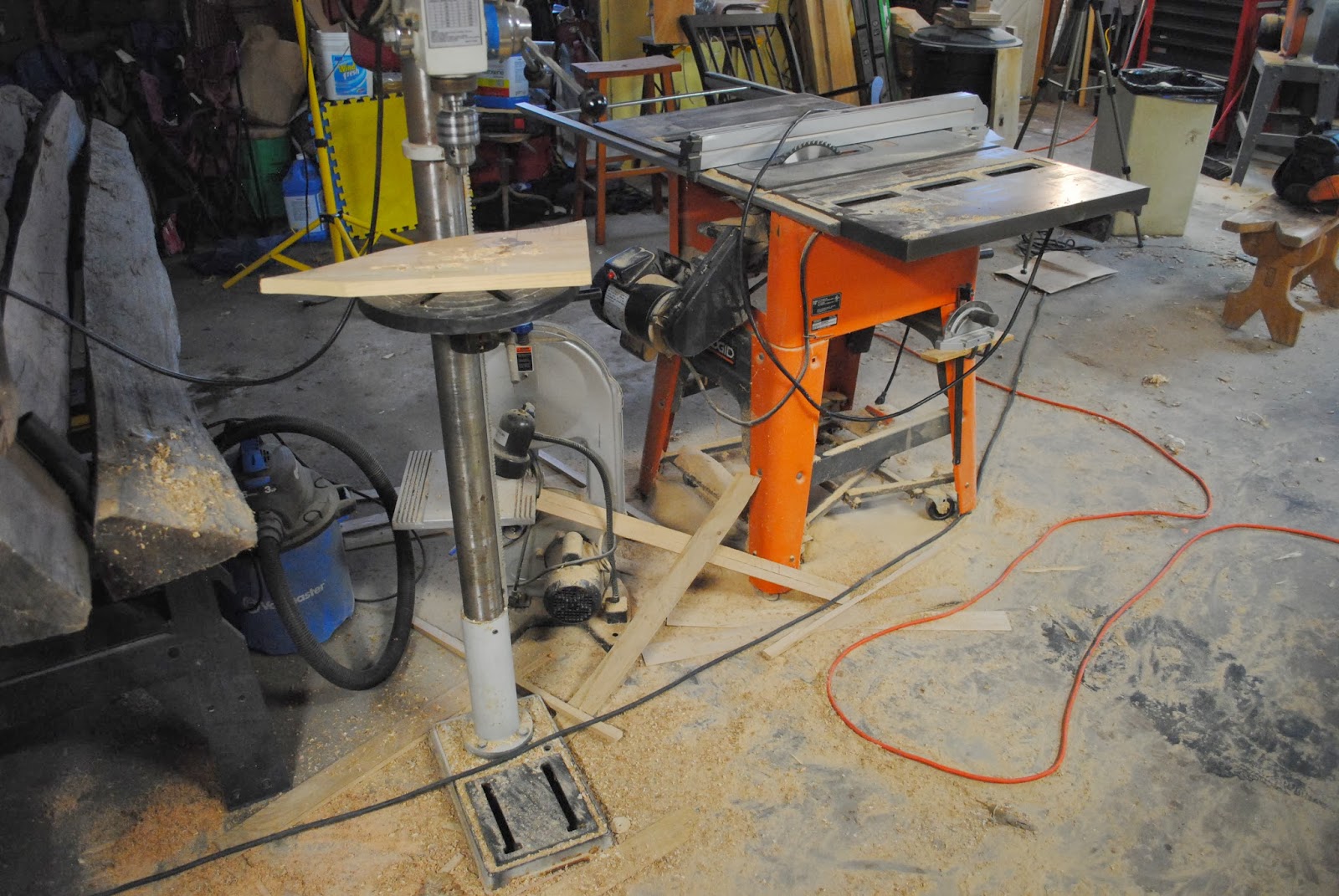 I've never worried that much about dust collection in the shop. Nine months out of the year I work with the side door and the garage door wide open and a breeze blowing through the shop. I also focus more on my hand tools because I enjoy that process more. The sawdust created by my hand tools has a different quality than that made by my machines. It's heavier, spends less time in the air and gets up my nose even less. I don't have anything scientific to back up those observations, so don't ask.

But lately, I have been using my powered friends a little more than before. In late 2009 early 2010 I started a hand tool sabbatical, wanting to learn how to work in an unplugged capacity. No lie, there was a big learning curve, I mangled some wood and I learned a lot to where I am now. Master by no means, I'd call it reasonably competent. Now that my power tools are creeping back into the workflow at appropriate times, I find the way I use them has changed.

I used to approach them from a very production like mentality. "I'm going to cut all the boards for this part of the project to these dimensions and I won't move the fence until complete." It's become a lot more intuitive now. I look at measurements less because I know the cut I'm expecting to get from saw. I've almost completely given up crosscutting on my tablesaw and I haven't cut much joinery, a tenon or rabbet, on it in forever.


But the thing I have to ponder now is my dust collection. If I continue using my power tools, even as much as 25% of the time, I should improve this part of my shop. If for no other reason than to improve the safety and enjoyability of the time I spend out there. This will take some significant planning and thought, but I'm coming around to the idea that something more than my two brooms and a dust pan strategy is required. 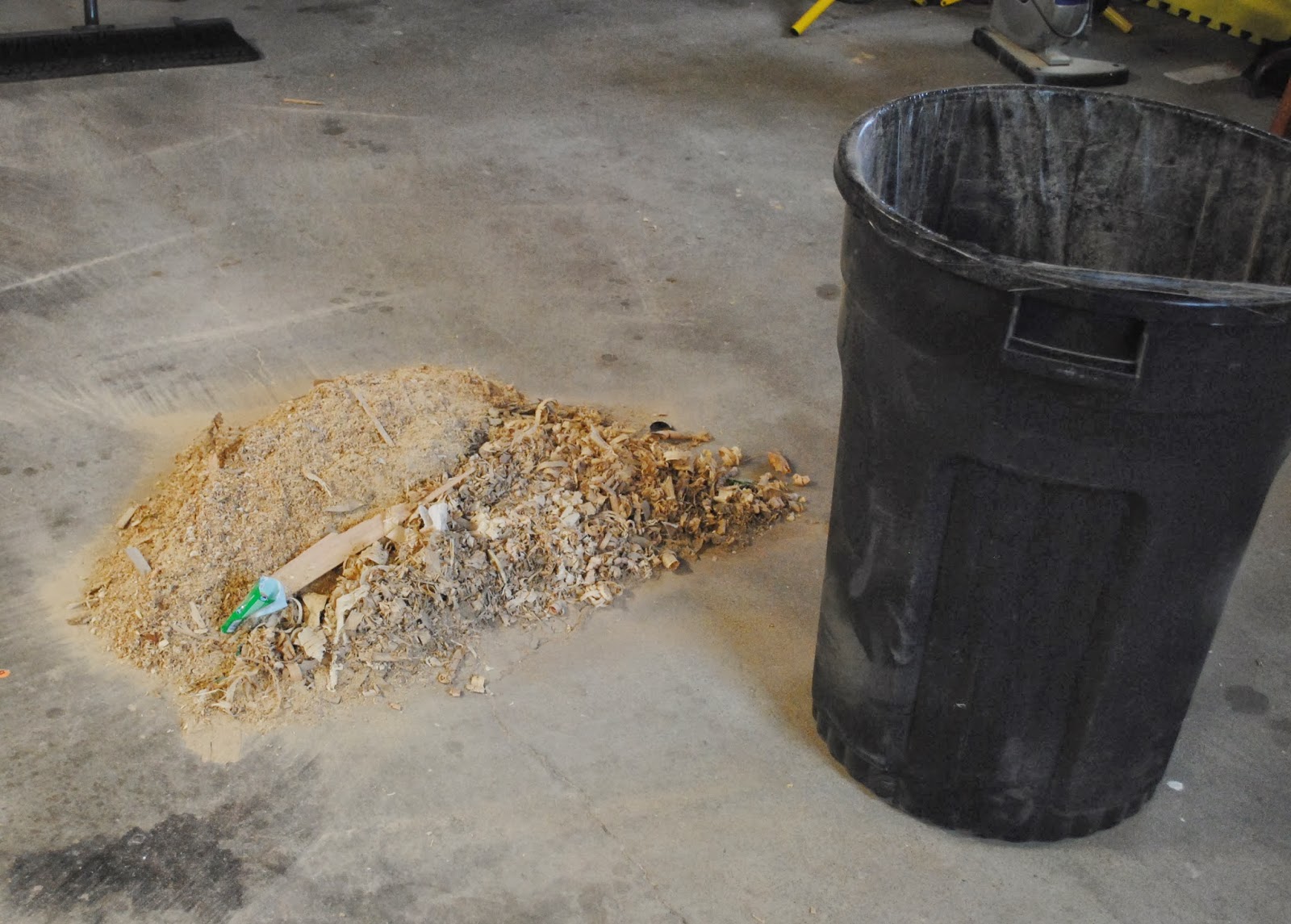 After the war is over, the dust settles down and you get to see what you have left to work with.