I recently ordered a slew of books from Amazon. Some for me some for my kids. Before I clicked on the check out I decided to cruise the selections Amazon thought I might like. One of the books was "Contemporary American Woodworkers" by Michael A Stone. A book highlighting 10 modern era woodworkers, their philosophies and their work. Included are Wharton Esherick, Arthur Espenet Carpenter, George Nakashima, James Krenov, Bob Stocksdale, Wendell Castle, Tage Frid, Garry Knox Bennett, Sam Maloof, and Jere Osgood.


I bought it used. I probably paid less that $10.00 over all for it. The description by the seller (not Amazon directly but an "associate") was used and fair condition, hardcover with dust cover. I will happily pay a little more for a used book with the dust cover, it often means the book was well taken care of otherwise.

It arrived in the mail two days ago. I opened it up and was on the inside cover found an inscription that made my jaw drop. 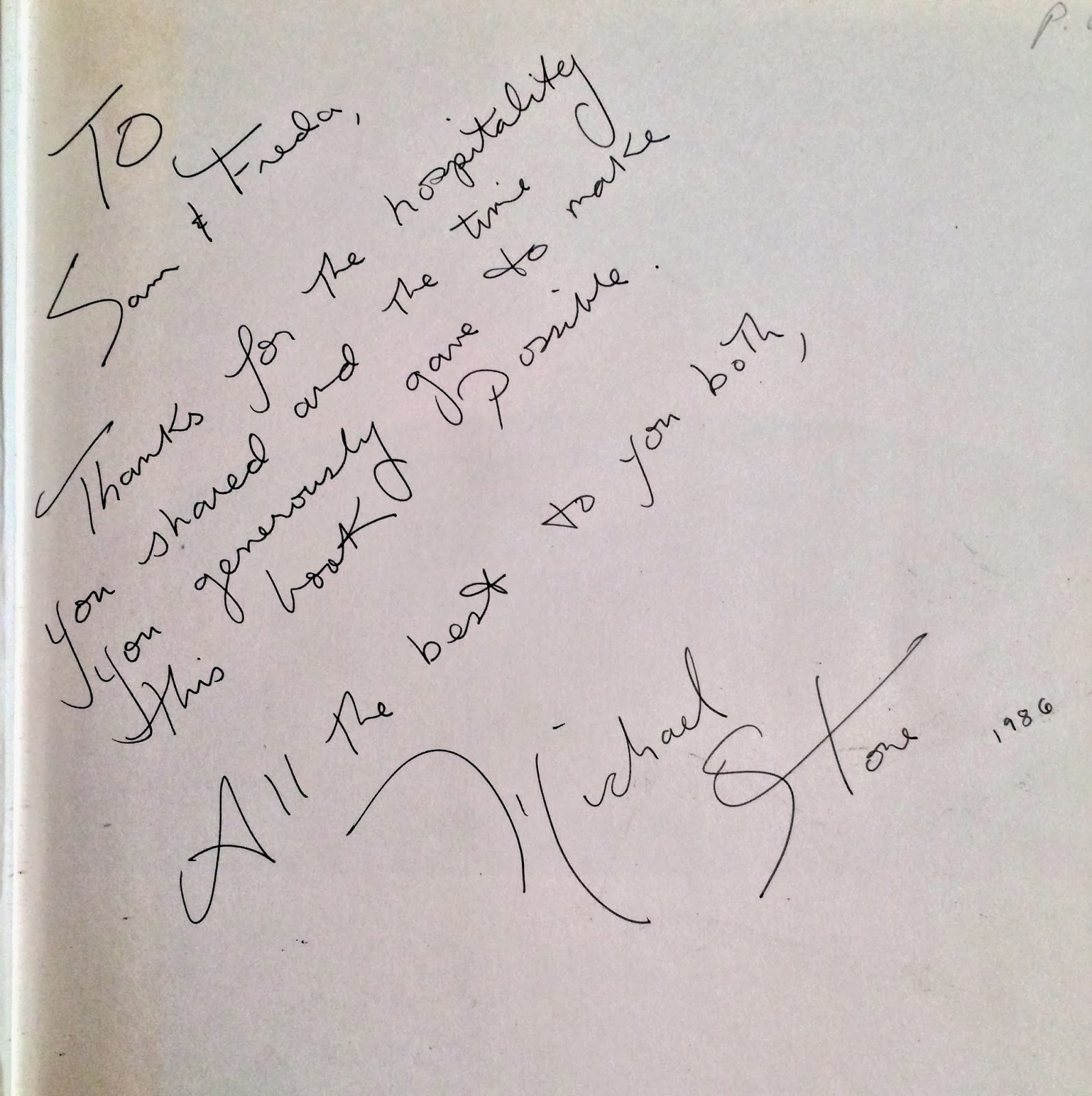 Here was a book signed by the author, with an inscription written to Sam and Alfreda Maloof. That means this book was probably in Sam Maloof's hands at one point, and most likely among the books on his shelf. The possibilities of receiving this book from a random selection on Amazon amazes me. It's part of the human experience to tack significance onto seemingly random acts of coincidence, but then again, maybe there is something to destiny. This book could have ended up in a thousand different hands, people who would not ever have recognised the names in the inscription.

Having it in my possession almost feels like I stole something.

The book itself is fantastic. It gives a snapshot of woodworking in the mid 1980's. The parents of woodworking as I know it today. Between the covers are the roots of both studio furniture and modern woodworking media. We revere the words these men wrote and the furniture they built. Have you spent time  in your favorite chair with "An Impractical Cabinetmaker" or "Soul of a Tree"? Paged through Fine Woodworking Magazine?

How revered are the names of Krenov and Maloof, Frid and Nakashima.

But the question remains, "Where do we go from here?" The book is nigh 30 years old. Who are the next ten Artisan Masters of today? Not to replace the artisans mentioned in this book, but to stand on their shoulders to see further, like those in the book stood on the shoulders of those before them.

How about men like Thos. Moser, David Savage, or Aaron Bladon? Writers and teachers like Jeff Miller or Tom Fidgen? An artistic wild card like Chris Wong? Someone immersed in green woodworking tradition like Jarrod StoneDahl?

Or, is the furniture output you see from these woodworkers to much like the sculptural work of the ten men listed in Michael A. Stone's book.

What's the next step past sculptural, studio style furniture.

I sure don't consider myself nearly experienced enough, educated enough, or worldly enough to deserve the right to weigh in on the who or what of these questions.

We spend a lot of time looking at our past, and thats a good thing. We learn from our past.

We spend a fair amount of our time looking to our future. Soon I will start building this. Tomorrow I will cut the joinery for that. This is also good because you need to have a sense of where you want to go.

The thing you miss, looking to the future or rebuilding the past, is discovering where you're standing Right Now.

Like it or not, this book records ten woodworkers relevance in the past. Who would you count as the woodworkers building their relevance now and working towards the future?

I hope people will understand that someone has to ask these questions.