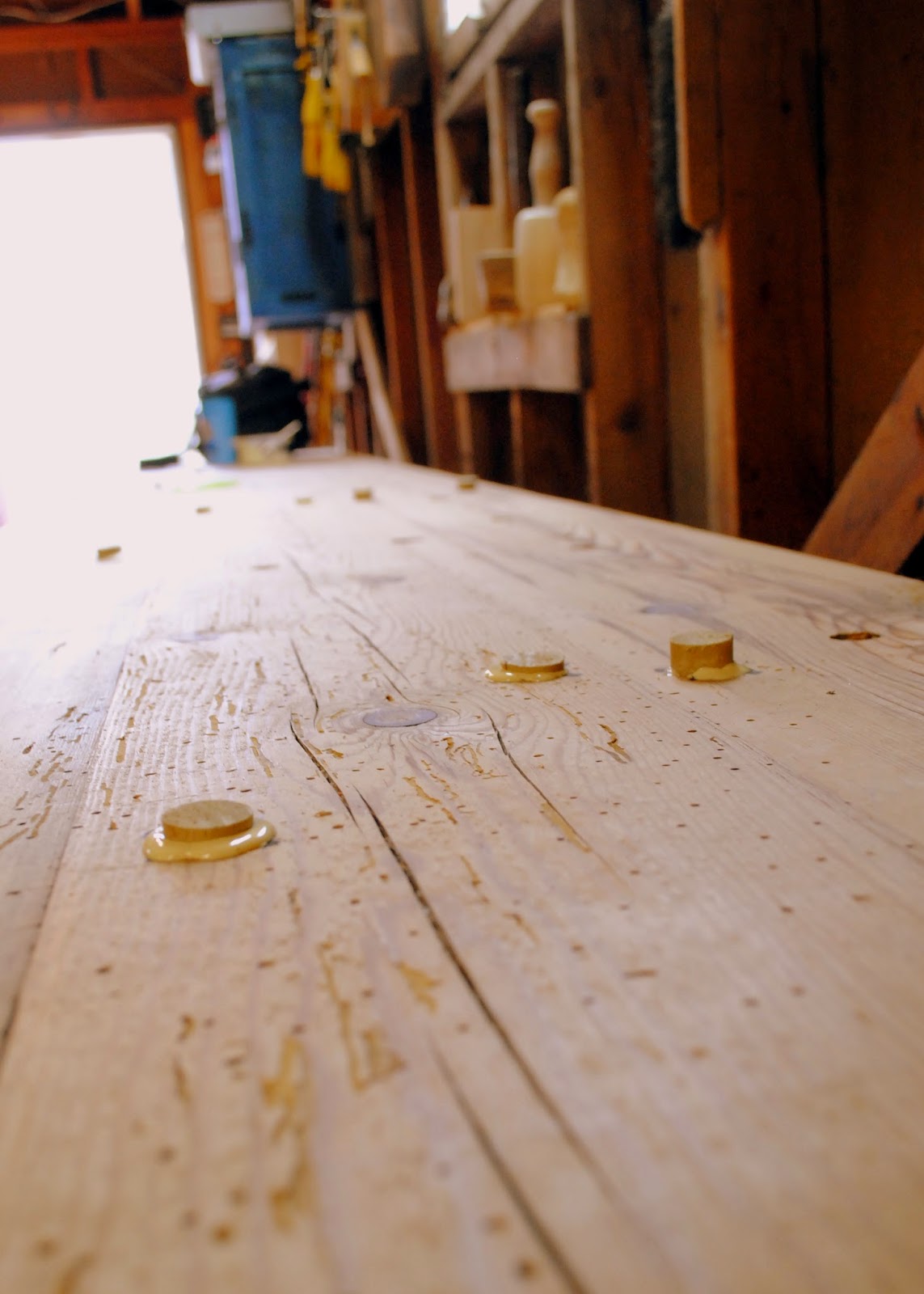 One issue with the new workbench was the scars of it's past. Constructed of reclaimed barn beams scattered through the top were 7/8" inch diameter holes. They're related to the original joinery. The sad thing is my holdfasts are made for 3/4" holes and these holes just don't work.

I laid out and drilled a series of holdfast holes based on the "Patented Chris Schwarz Holdfast Plan" and my new holes became intermixed with the old holes (There's immature comic gold in that sentence) After working with mixed holes for a bit I became slightly fed up mistaking one for the other. 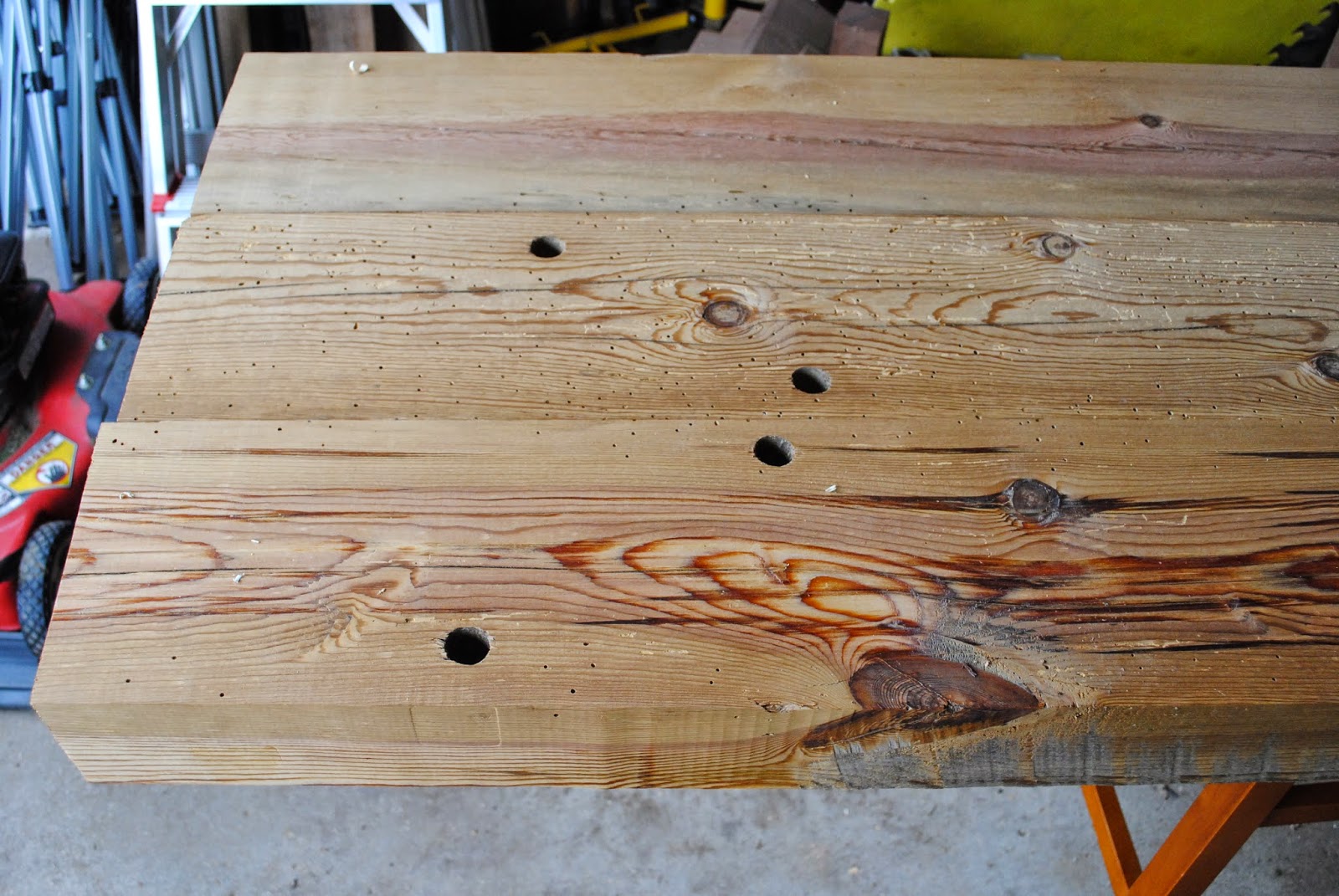 So I picked up some dowel and spent a little time today plugging my inappropriate holes.

I left them a little proud of the benchtop so once the glue sets up I can cut them off with a flush cut saw and plane them even to the benchtop.

Then I will no longer mistake one hole for the other. 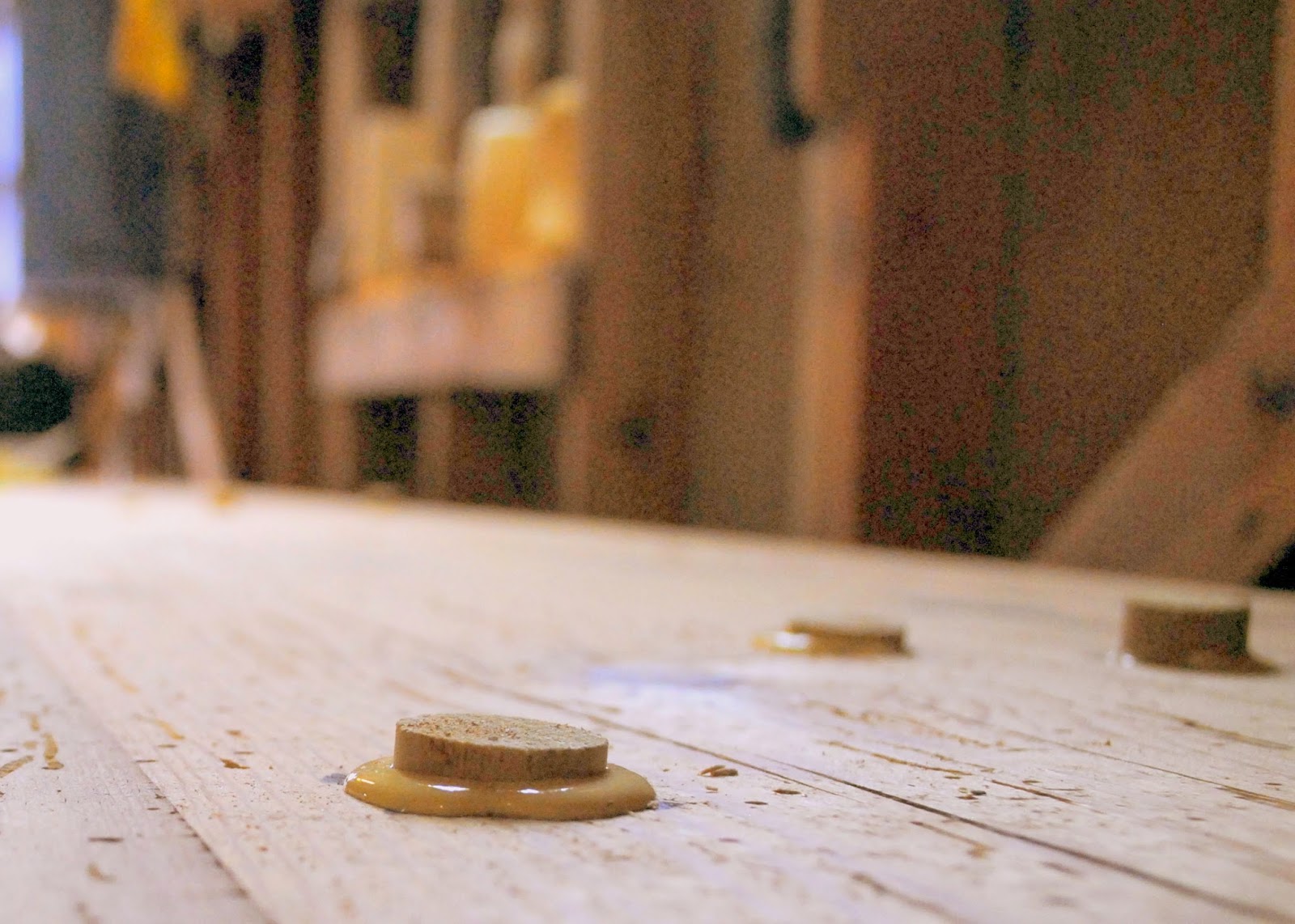