The chest, coffer, arc, bahut, cistella, or hutch. The quintessential medieval furniture piece. Without counting I would say most of the surviving, reliably documentable pieces of medieval furniture are chests. Nearly every medieval reenactor who spends a night sleeping under canvas has at least one, usually it's of the six board variety, often it hides a cooler, that's where they keep the beer.

It's amusing to my contrary personality that there are so few definitive depictions of chests in the Morgan Bible. Most of them appear in two quarters of a single folio (the lower half of 6 Verso) depicting the soap opera of Joseph revealing himself to his brothers and eventually presenting his father Jacob, to the Pharaoh. 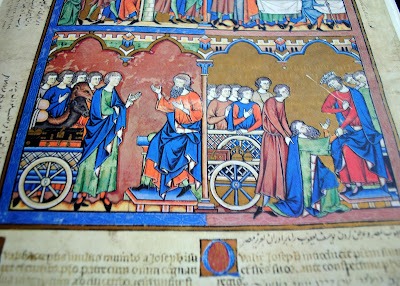 The black chest on the left is the most exposed of the lot and is the image I have chosen to work from. 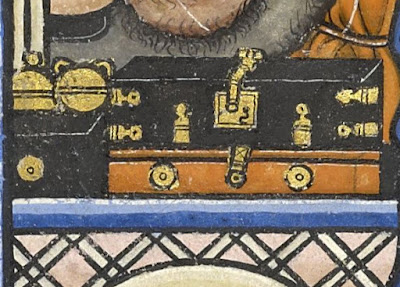 The build is simple and straight-forward, but a chest offers so much utility I've decided to build a couple versions to show readers different options. A little while ago I finished up option one, a small arming chest, and today I took the chance to shoot a few final shots before I place it in the hands of the client who now owns it. 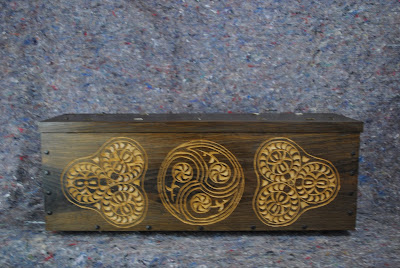 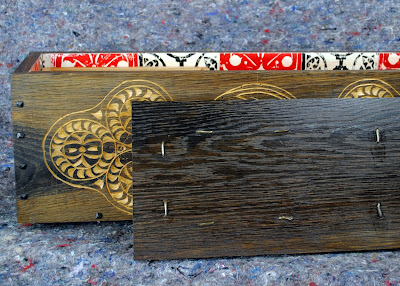 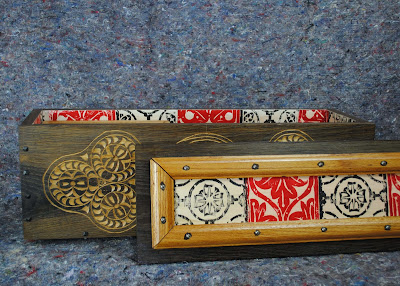 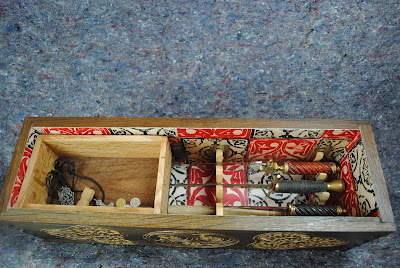 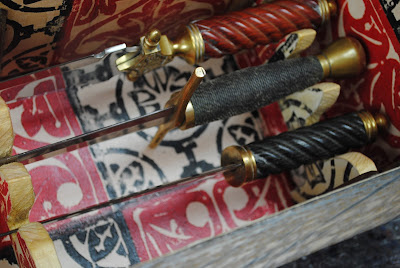 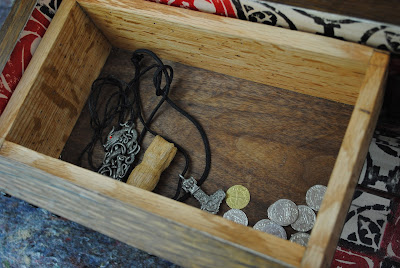 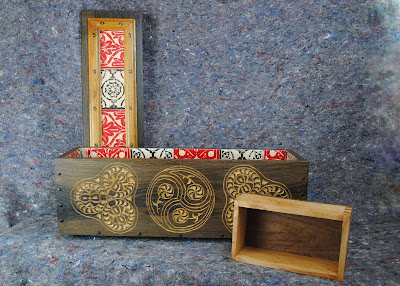 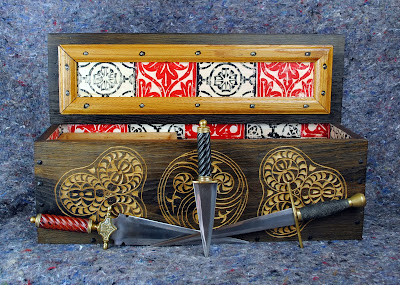 I was given free reign by the client to experiment and so I took many liberties and stretched in a few directions even outside of historical accuracy. This one started out as a prototype to test my experimental dimensions. We will see if it makes its way into the book, but for now it's finally made it's way off my benches.