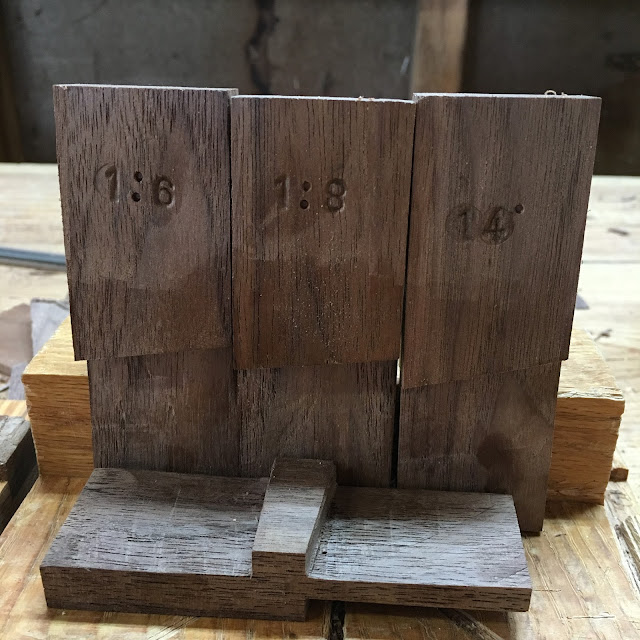 Sometimes I just have the need to go back to something fundamental and precise.

Often that means I spend a few days making wooden squares. This time around I was inspired by a conversation with a newer woodworker to make some dovetail gauges. He was asking if he really needed to spend big money on a bespoke precision dovetail marker decked out with shiny chrome and pinstripes to cut a "proper" joint. 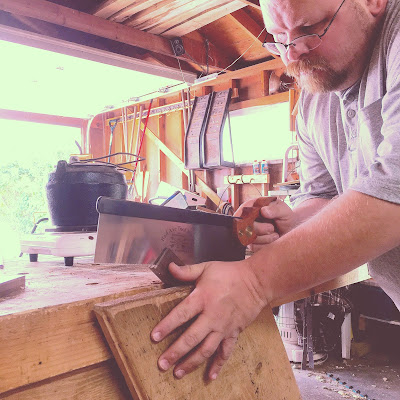 No, I said, you don't even need a formal dovetail saw. I showed him how to go about setting an angle on a bevel gauge and told him about making wooden markers. (I also told him often the angles don't matter but that's subversive to "The Rules") 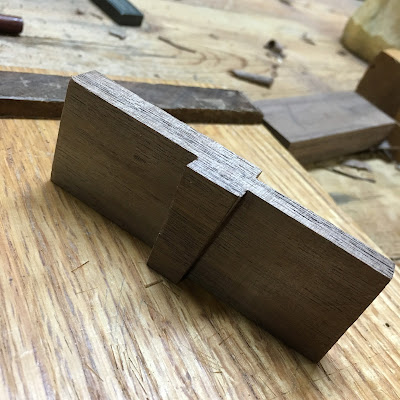 Because of that conversation I found myself making a set of markers for my three most common used angles. I already had a 1:6 slope I rarely used, but it was more about the making and the meditation than anything. I finished two sets, one for my own occasional use and one to give away when I run into him again. 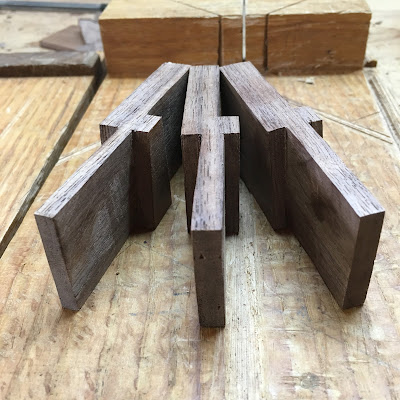 After these photos I splashed a little Danish Oil on them and set them aside to dry. Now, back to work on paying jobs.