The Seductive Power Of Hand Tools 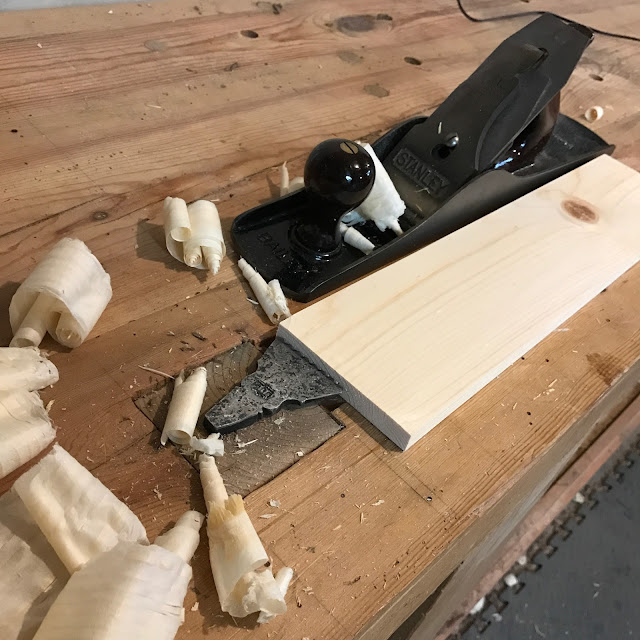 There are many reasons I lean heavily into hand tool woodworking. Yes I have and use several stationary power tools, but there a word hand tools free me from and I love them for it. 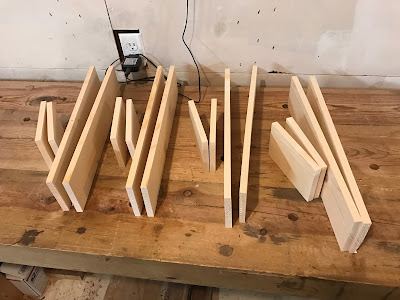 With primarily a power tool mentality you fall into the activity of production and arrange your workflow accordingly. I set up the tablesaw for a certain cut and I want to make all the possible cuts using the same set up, the same measurements. To redial in precise measurements can be a big time sink. 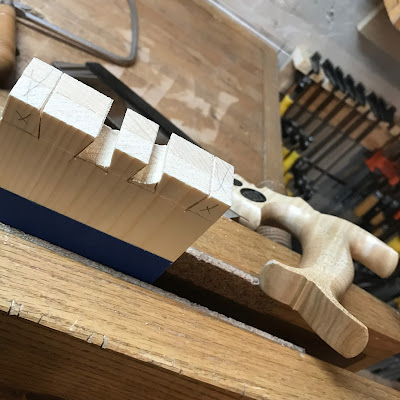 Instead with my hand tools I can skip around the process of building with no real consequences. For example I built a small run of four little dovetailed pine boxes 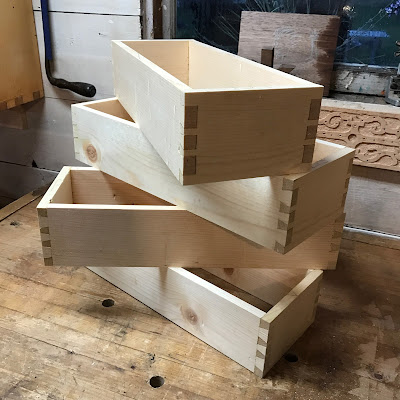 I milled all the parts close using my table saw. This did help ensure all the sides were the same width and length. After milling I touched all the surfaces with a hand plane and started the process of building each box. 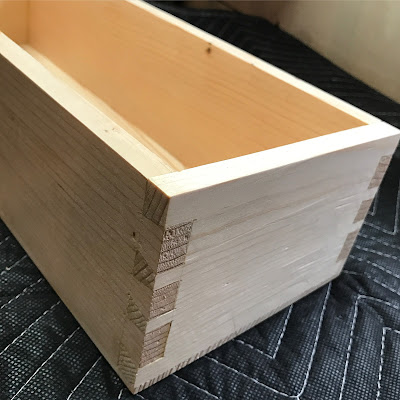 As a result of the space I have and the use of hand tools instead of doing things in production way. Say - cutting all my dovetails for all four boxes first THEN moving on to chiseling all four boxes joints to the line THEN grabbing all four boxes and   . . .  you see the cycle.

Instead I was able to take a single box from dovetail cuts to glued up carcass and start over again without creating any delay or errors by changing up my machinery. 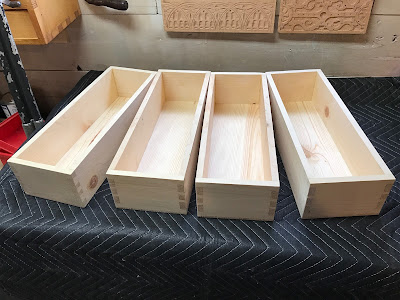 Why jump around the process like this? For me that's a couple easy answers.

1. It keeps me fresh. I don't get burned out cutting dovetail after dovetail. When I do this I can see the quality in my work degrade over time but changing out operations allows me to tackle it with fresh eyes after a bit of a break and I believe my work is better because of that.

2. It keeps me involved. It's like the difference between hanging drywall and taping/mudding drywall. When you're hanging drywall your progress is evident, a half hour ago there was bare studs now there is something that looks like a wall - satisfying, with taping and mudding you are making small incremental differences that aren't as satisfying to the whole picture. Important but not as visually impacting. This trade off works the same. Throughout the day I can see nearly finished box carcasses pile up on the moving pad. I know I'm making progress and I can consider whether the most recently finished box is better or worse than the previous and try to perfect the steps on the one to come.

3. I don't lose time changing operations because I am the limiting factor. Because I'm the machine driving the tools I can just mark a line and saw a line and I don't have to worry about losing a set up or a measurement, Changing or resetting up a jig or configuration. If I had a small space with only a six foot bench this would be different, but as it is I can saw my dovetails in a moxon vice, grab the boards and move to a chiseling station to clean up to the lines, then move to a leg vice to cut the corresponding joint side before moving back to the chisel station, checking the fit, then moving to another area by the glue pot to stick things together.

I would never trade in my hand tools because of the freedom they assist me in achieving in the shop. it is so emancipating to mark a line and be able to saw or plane to it confidently.