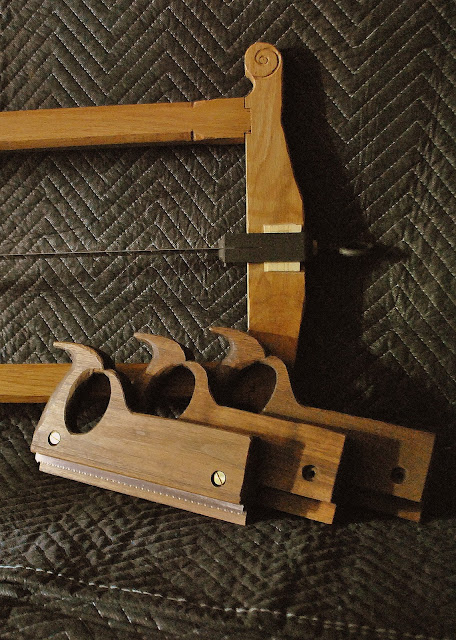 This set is something I've been working toward for a long time. A frame saw for resawing boards to thickness and a couple of dedicated kerfing planes to aid the endeavor. Being able to resaw your boards to different thicknesses from what is available off the shelf helps bring your projects to another level of creativity and freedom.

I used the hardware only version of Mark Harrell's Bad Axe Roubo Frame saw kit. Mark threw me a template he had scaled to match the 48" two-man saw Roubo illustrated only on a more manageable one man plate around 30" 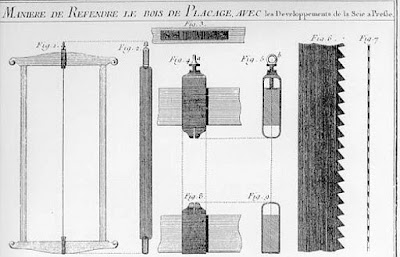 Mark's kit and hardware are fantastic! I supplied my own white oak and some of my own ideas and in a couple days of shop time (an hour or two when I can) I have a this wonderful object that helps me parse grain. Mark's reputation as a saw maker doesn't need my poor words to pile on, just trust when I say he's not satisfied until he has things worked out to hit the sweet spot of function. I stopped by his shop to see some of the new things he has in the works and used on of his pre-built saws while I was there.

No kerfing plane used. This thing still tracks a pencil line like a laser beam. 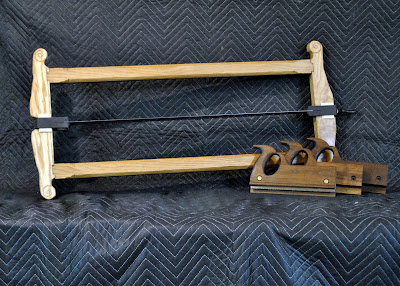 Of course we have Tom Fidgen to thank for bringing these saws and kits to a kind of modern rebirth. After he jumped in the pool and told us the water was fine, many of us gladly played follow the leader. 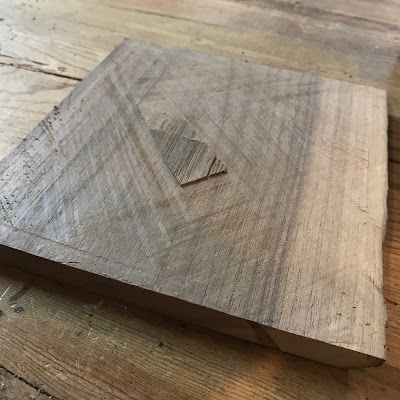 At testament to the quality, here's the saw face of my saw's test cut in walnut. I was super impressed with the surface left behind, other than the center where the grain failed and the pieces popped apart, this surface would take minimal clean up to make presentable. This is superior to the resaw surface I used to get from my bandsaw with an expensive blade!

So in answer to the question, why would you resaw boards/veneer/ anything by hand if you could just throw it through a bandsaw instead. It's not the novelty, or the workout, it's results like this. The frame saw doesn't take that much longer to actually work. there's no set up/fences/squaring/test cutting to do. Swipe around with the kerfing plane (or don't) and receive nearly finished results. 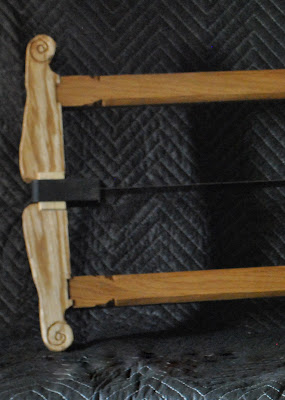 Every once in awhile I will build a project without doing much documenting. This was one of those so there's not much for process photos. Just the hero shots of the finished product. 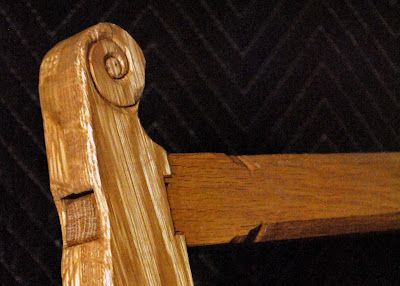 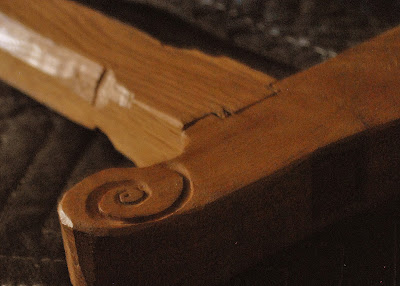 One note to clean up. I consider Mark Harrell a friend, but even if I hated the SOB I'd throw my money at him. The depth of knowledge he has assimilated about saws, their function and use and how all the minutia relates to their performance is awe inspiring. Yes I get to go hang out in his shop every so often and see what's cooking and if that makes you jealous . . . I'm ok with that.