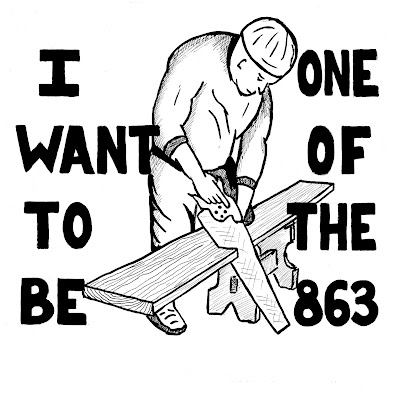 If there's something to be learned in the lessons of the current world it's how insignificant your plans or desires are in the face of everything possible. You cannot control the world, not even one little sliver of it, all you can hope to control is your own reactions. Getting to teach woodworking classes is one of the stepping stones I've planned along my path to becoming one of the 863, (read the book "The Intelligent Hand" by David Savage if you don't understand. Then thank me.) Along that path I had a fantastic spring lined up with big plans to teach a second combined craft class alongside Blacksmith Thomas Latane.

Woodworking and Blacksmithing. The PB&J of the craft world. Either one without the other is missing something important.

The class was scheduled to run at the Vesterheim Museum's Craft School. A fantastic looking school with some fantastic people running it. A place I've wanted to start teaching at for quite a while, I just didn't think I had the chops. 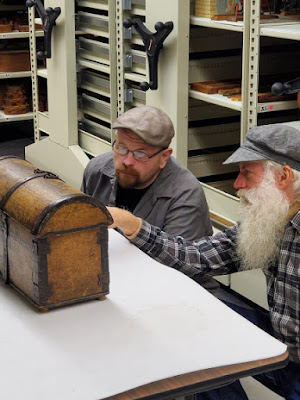 The project was a small chest from the collection. Iron straps and hinges and a nice domed top lid I thought would be a perfect exploration for the curved form glueing jig found in Roubo on Plate 102 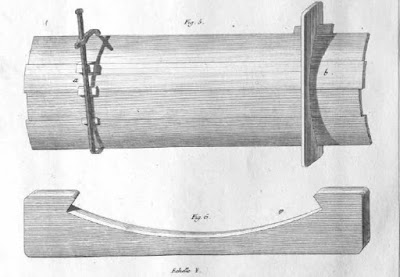 The class was scheduled for April 18th - 22nd. The class had filled within a few days of the announcement.

You will notice my heavy use of past tense in the script so far.

Today I had to sit down and write a difficult email canceling this class, The Vesterheim had closed classes through 4/13 with the intentions of still running our class if the waters looked permissible. As some of you know, my day job is centered in healthcare and though I have a lot to say (evidence exhibit A: the 22 different times I've written this paragraph) The short story is that makes my life complicated and a little unpredictable.

We will be discussing rescheduling the class either late this fall or into 2021. I hope we can make it the success we planned for it to be this year.

Maybe some more thoughts forthcoming here soon, maybe not. I've been ruminating in my own sandbox a lot as of late. Shit to figure out you know. Be safe. Be well. Take care of each other.