Marching To A Different Drummer 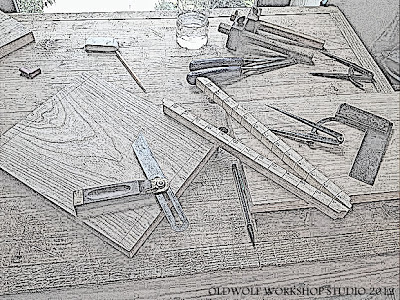 "I really care about what I do; not only in the end result but also in how it gets done. In today's fast paced, almost out of control world you do not hear too many people who love what they do for a living. While I don't make a lot of money the pay back comes in other ways. And what is so bad about making less money doing something you really care about? The things I make might be for others, how I make them is for me." 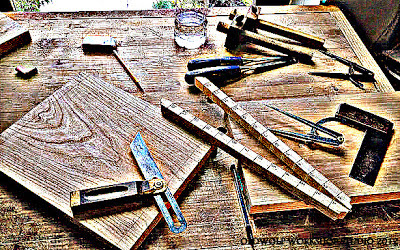 "The current state of the furniture industry as a whole has certainly affected the way that I make and design furniture. With the use of so much plywood, stains, and machine techniques, the cabinetmaker is becoming lost in the shuffle. He (or she) is becoming an operator of machines and nothing more. I believe in using only hand tools, solid wood, traditional joinery, and making pieces one at a time, I am putting the maker back into a piece of furniture." 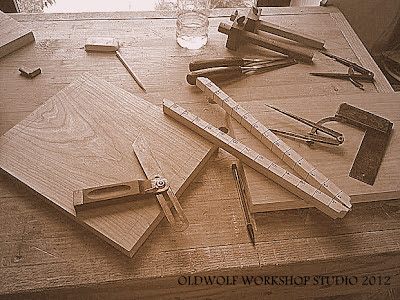 "While I have had some success with my writing, I would much rather be in my shop making a piece of furniture to keep or to sell. For now, the only way I sell my work is through word of mouth. While it has been a tough road to hoe, in the end, I believe this will pay off."

All three of these quotes came from the book "Chisel, Mallet, Plane, and Saw" written by Cabinetmaker Tony Konovaloff. I recently finished devouring this book in one long whirlwind of a day, and I completely enjoyed every word.

In this book I think Tony makes the best argument I have ever heard for making furniture primarily with hand tools. Once you boil it down to it's essence it comes to just a few words. A loud and resounding, "Because I can and because I want to." and that should be good enough.

I recently brought one of my carved boxes into my day job at the hospital. There is an employee art contest and I decided to enter the box into the fray. There were several of my coworkers who had seen my work through Facebook or other similar interactions, but almost none of them had ever seen it in person. I received many positive comments and questions.

A couple of folks asked how I got the router to make those intricate designs, and there was lots of questions that sounded like "What do you mean you used only hand tools?" It's a little baffling to me that making something by hand, really by hand, is such an oddity these days that most people don't understand it even when you explain it to them. It was just like trying to explain how to correctly align a Flux Capacitor to operate the Dilithium Crystals in your TARDIS. (Geeks of the world arise and unite)

I'm just not sure how or why hand tool woodworking became such a foreign concept to the average armchair observer, but I think I may try to stop letting that bother me like it used to. After all is said and done Tony is right, I build things the way I build them for myself. What other reason could be required. 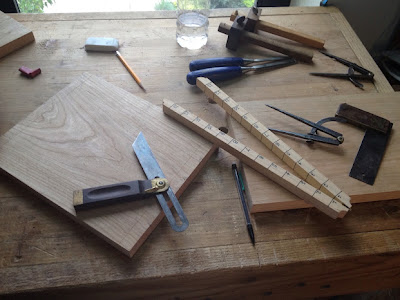 P.S. If you haven't heard of Tony Konovaloff or read his book then beat feet away from here and over to his website http://tonykonovaloff.com/ and read what he's all about, look at some of his work. and by all means pick up his book. It's a honest and straightforward look at hand tool woodworking and how it fits into a real life in the real world. I really enjoyed reading it and I believe there's a good chance you will too.
Email Post
Labels: Review Thoughts and Observations