The Cats In The Cradle and The Smoking Table

I was at my in-laws home with my oldest daughter Chloe. We were helping move some things around and rearranging a few rooms.

"And that small little table by the bed is so old and broken, just put it out with the trash." My mother-in-law instructed.

I picked up the little table for a closer look at it. It sure was a cute little thing, old and fairly well made, but not old enough looking for me to consider it a true antique. I considered bringing it back to the shop and mending it's broken wings but this was late June - early July. We were still unpacking a house and I was still setting up a shop so I could get moving on the backlog of work I was facing there. I decided I could let it go.

Then Chloe, 17 years old and full of energy, grabs the table. "Oh cool grandma, what kind of table is it?"

"It's a smoking table, the little round drawer is where you were supposed to keep your wacky tabacky." (Yes my mother-in-law talks like that, she is the crowned queen of making up words.)

Chloe then looked at me and I knew the outcome before she even said a word. The table came back to the shop so she could fix it, with my help of course. 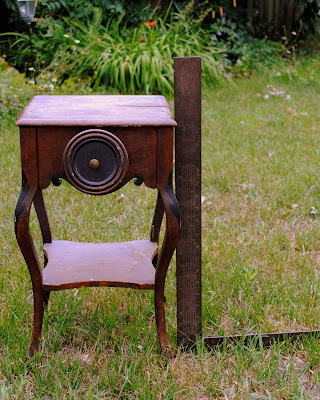 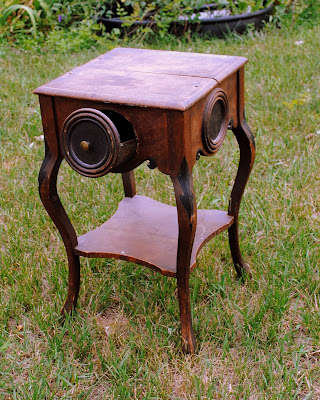 It really is a pleasing little table to look at and the round drawer adds just the right amount of whimsy and flair. There was a fair amount of grime and water damage to the finish, I suspect it spent years with a potted plant resting on it at some point and the little leaks and spills from watering made trouble.

The top was pegged and nailed into place but had developed two cracks along the grain. 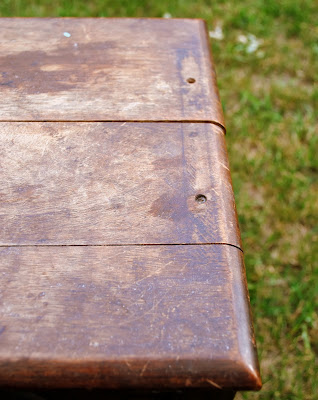 At one corner of the lower shelf the leg had broken and separated from the shelf. 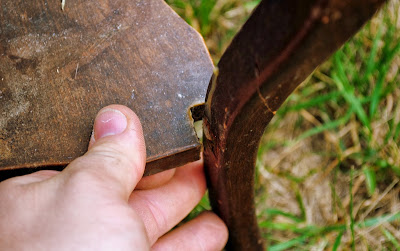 There was other evidence of past repairs. Glue lines and hardened drips on three of the four legs. Probably not all done by the same hand or at the same time. 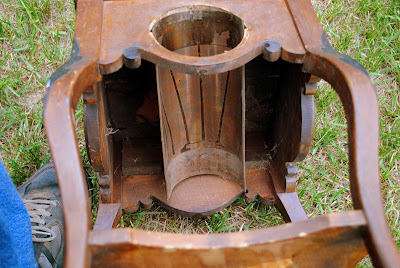 The drawer was the coolest part of the piece. Two pieces of thin sheet metal with the edges folded into opposing "J" channels. The channels mate together to allow the drawer to slide and support itself. 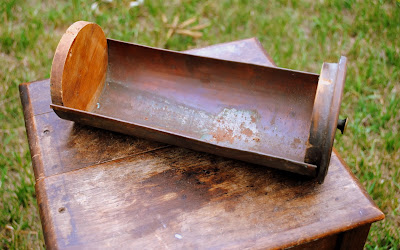 The downside is the thin metal has no rigidity and relied on the wooden rounds at the front and back to stay stable. Unfortunately the tacks that held the metal in place has worked their way loose over time as well. 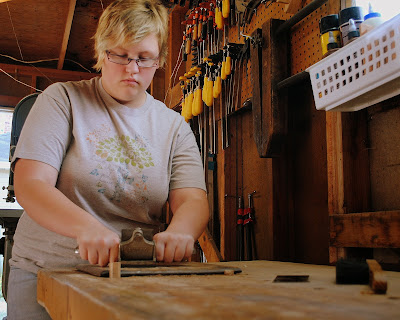 We popped the top off the table and glued it up into one piece again. After it dried I put her to work with a scraper to clean of the squeeze out and remove the damaged finish. 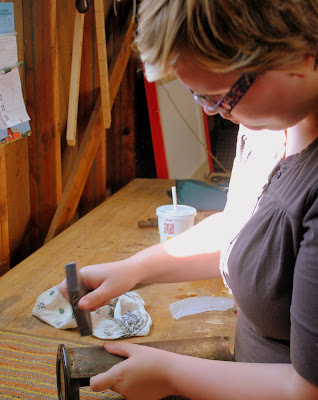 Then we got to work tacking the sheet metal drawer back in place. 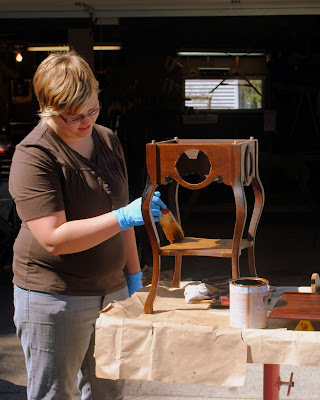 Then I helped her repair the finish. We used Dark Walnut Danish Oil to refinish the table top followed by several coats of thinned shellac and paste wax The end result was very satisfying. 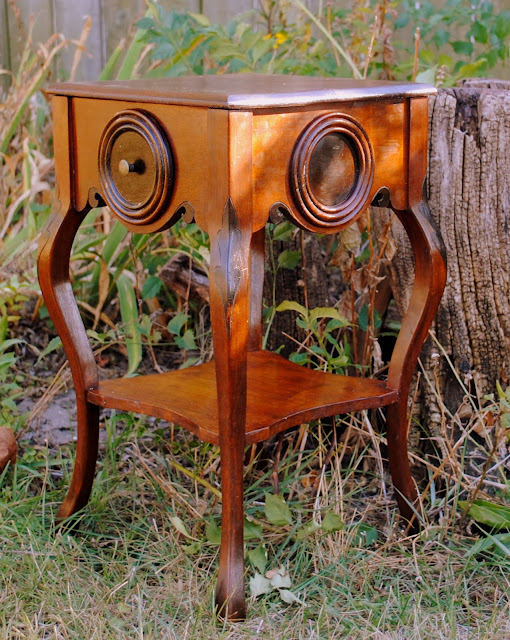 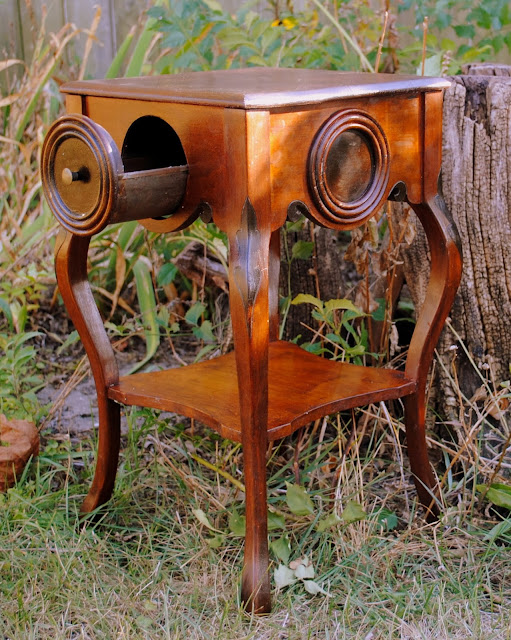 But more satisfying than the finished table was spending some time in the shop with Chloe. It's difficult to not get into cliche overtures when it comes to the precious and finite amount of time you really get to spend with your children. I will spare you the over-reaching prose that would undoubtedly fall well short of the mark.
Instead I will simply say that I find opportunities like this to be incredibly special. I didn't take a lot of pictures because I was having too much fun being there with her, in the moment. 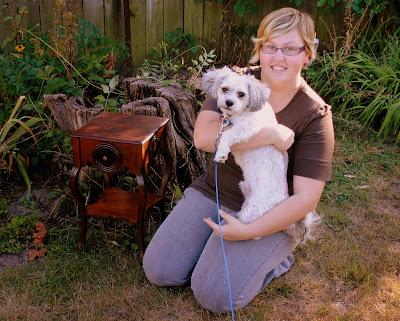 My children are all big readers, it was important to me that they should be. My parental strategy was simple. I never made them read a thing (with the exception of homework), and I rarely read to them. Instead I would often talk about how important I felt reading was, and I made sure they saw me doing a lot of it. As they've grown all three have taken to books as precious things and reading as a skill to practice.
In recent years I've taken the same approach when it comes to being "Makers."  I hope that parental gambit pays off in dividends as well. Time will tell, but I love watching the story unfold.
Ratione et Passionis
Oldwolf
Email Post
Labels: Chloe's Little Table kids in the shop