"A" Stands For Icon 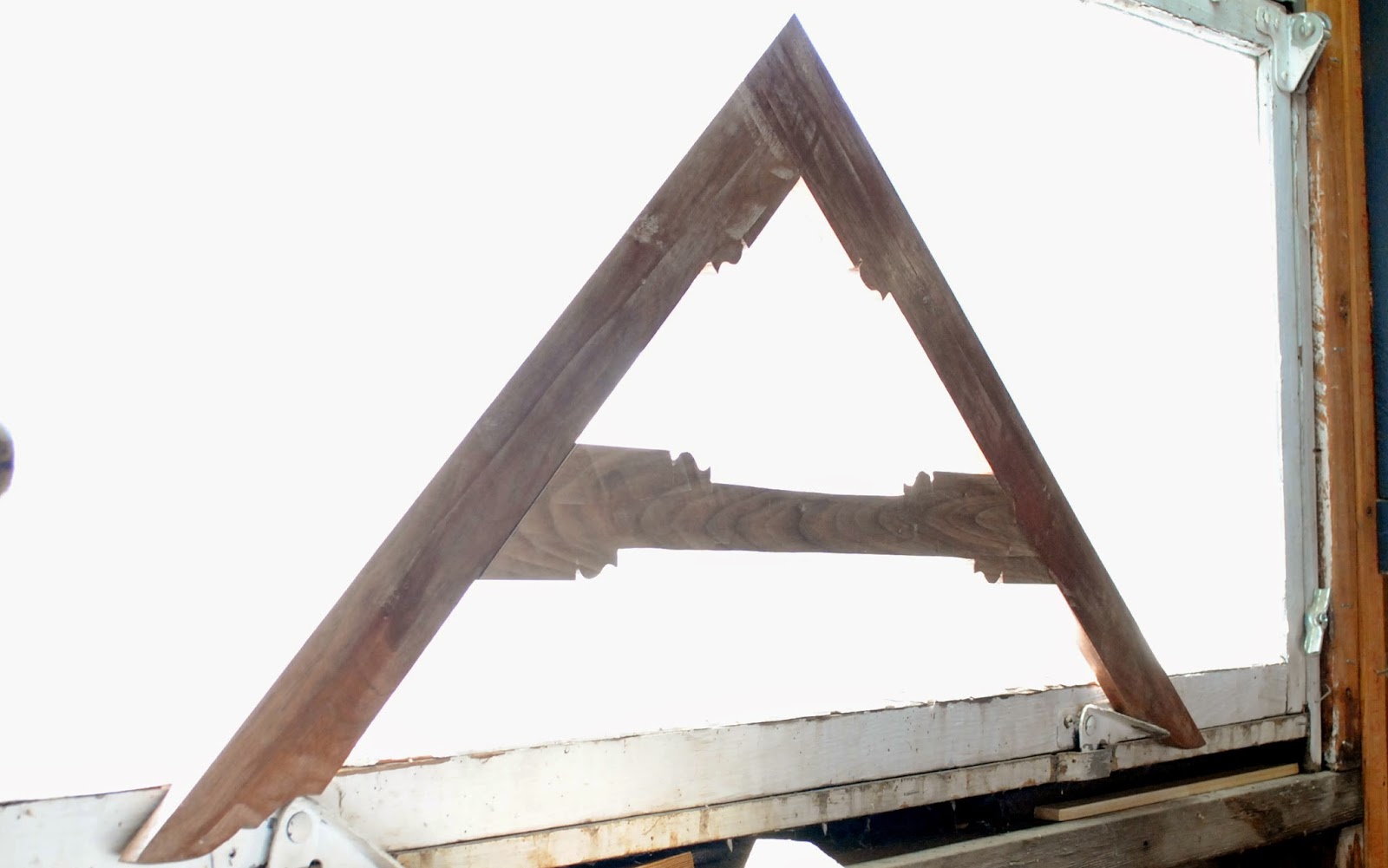 I've read the story Chris Schwarz wrote about the Anarchy Square several times. In my romantic, failed fiction writer mind I picture a chorus of angels harmonizing their "Ahhh"'s as he opened his email from Patrick Leach and found the icon for his book "The Anarchist's Tool Chest."

I see the Anarchy Square popping up in all kinds of places these days. They kind of stand as a secret handshake for a specific cloister of the woodworking collective. A Schwarzian cult that bides its time like a sleeper cell, waiting for the beginning days of the zombie apocalypse when we can fill our hands with dovetail saws and razor sharp chisels to defend humanity and bring about a new and lasting Luddite utopia.

Ummm. . . . sorry, my imagination seems to be getting the better of me this afternoon. 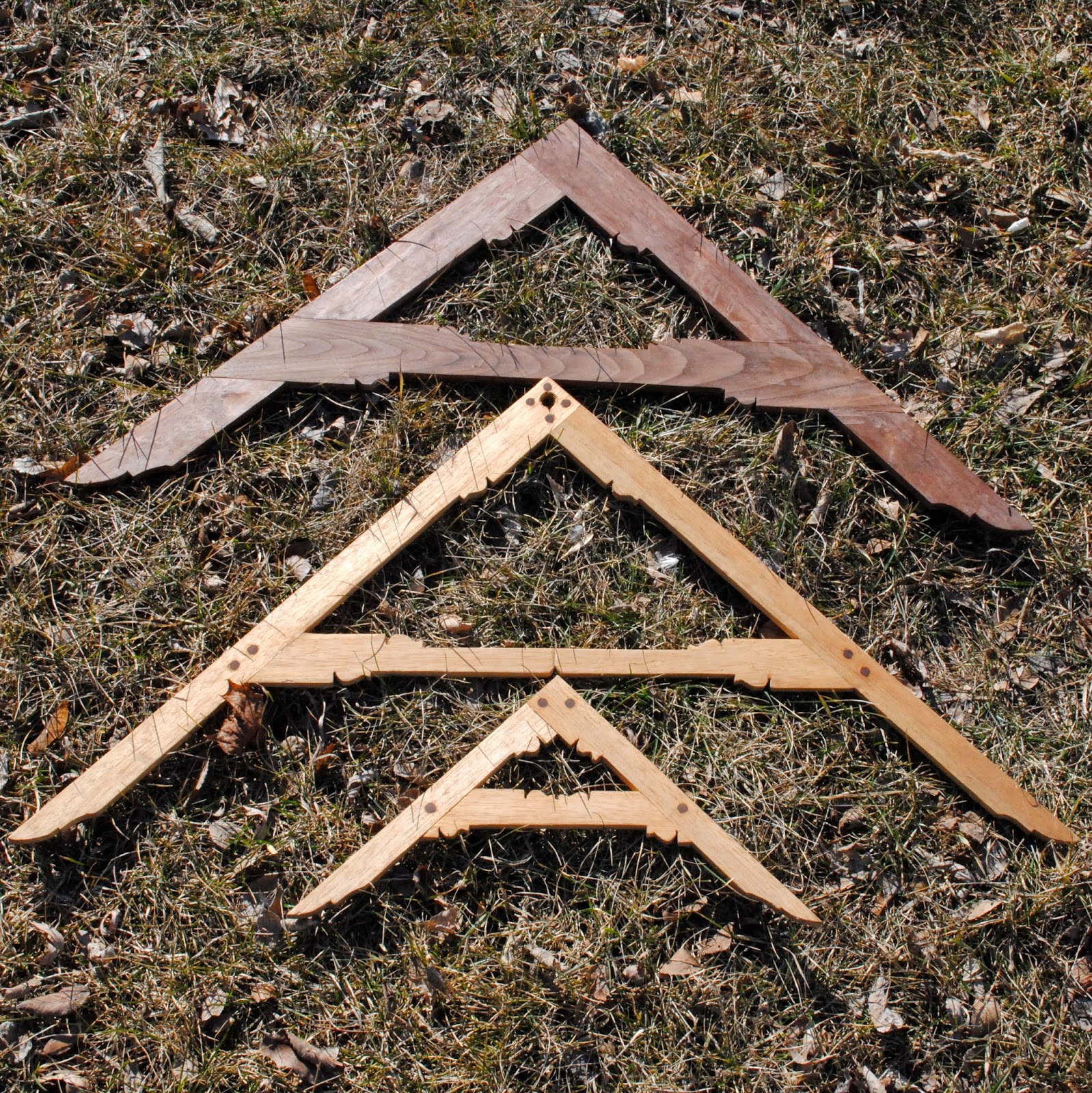 In seriousness, I do find it fun to spy this square out in the wild. You'll see it in the back ground of pictures inside shops and hanging on the wall in shop tour videos on YouTube and every time I notice it I smile.

I've been taken with this square since I first saw Chris write about it on his Popular Woodworking blog. I build a pair of them almost three years ago to the day, (Read the entry HERE) a full size and a half size one. The older ones were built from some African Mahogany scraps. I've been making a couple sets of wooden squares lately and decided to make myself a new version of the Anarchy Square. This time I was able to get the walnut to the more correct width and give the tool the strong posture it deserves.

I've built several wooden squares lately and I've found it to be a good, back to basics endeavor. A little bit like NBA players will still spend hours shooting free throws. I've gathered quite a collection of wooden squares over all now. 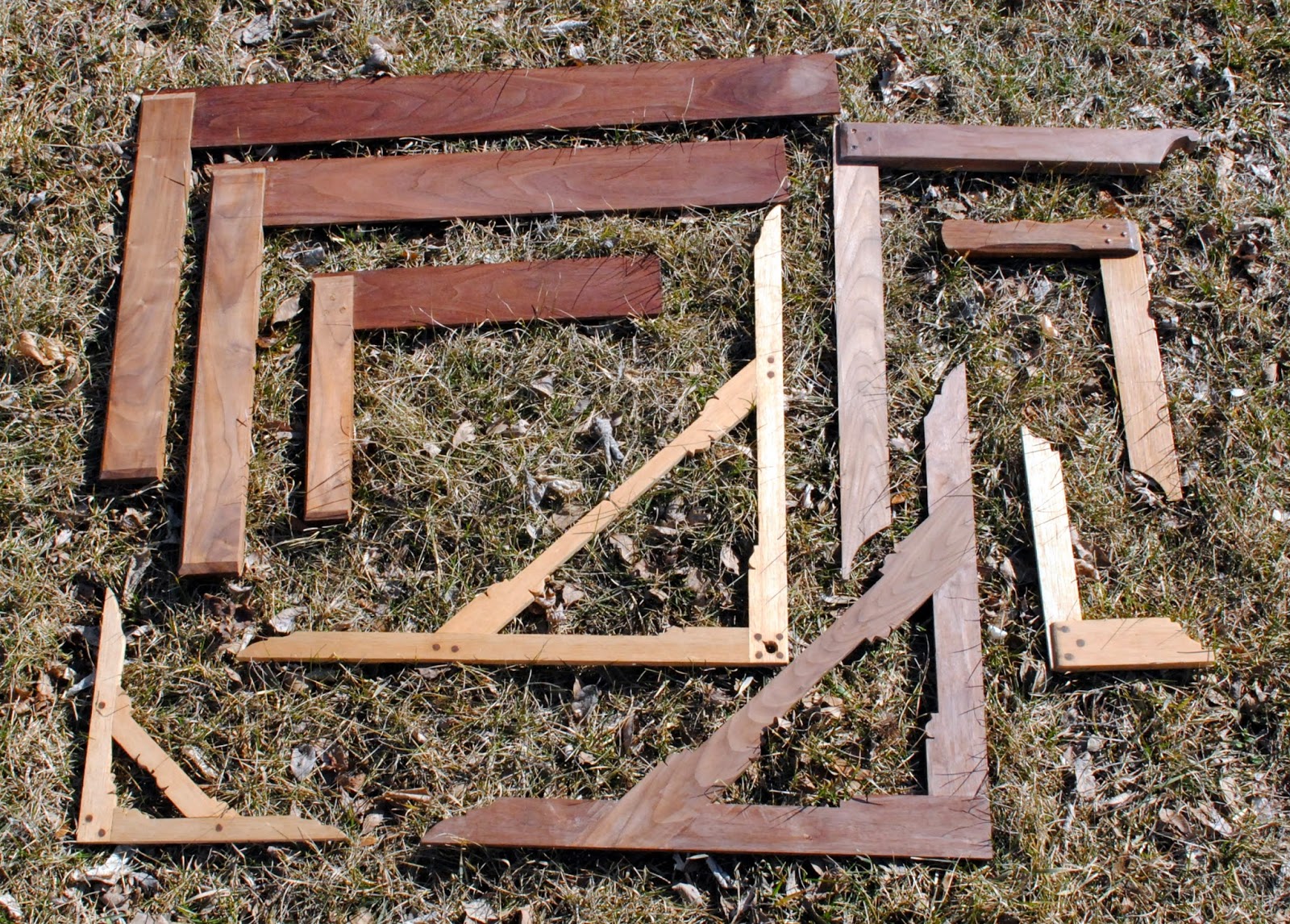 In addition to my three versions of the Anarchy Square. I have a Roubo Square I built three years ago, and the square I bought from Jim Tolpin. 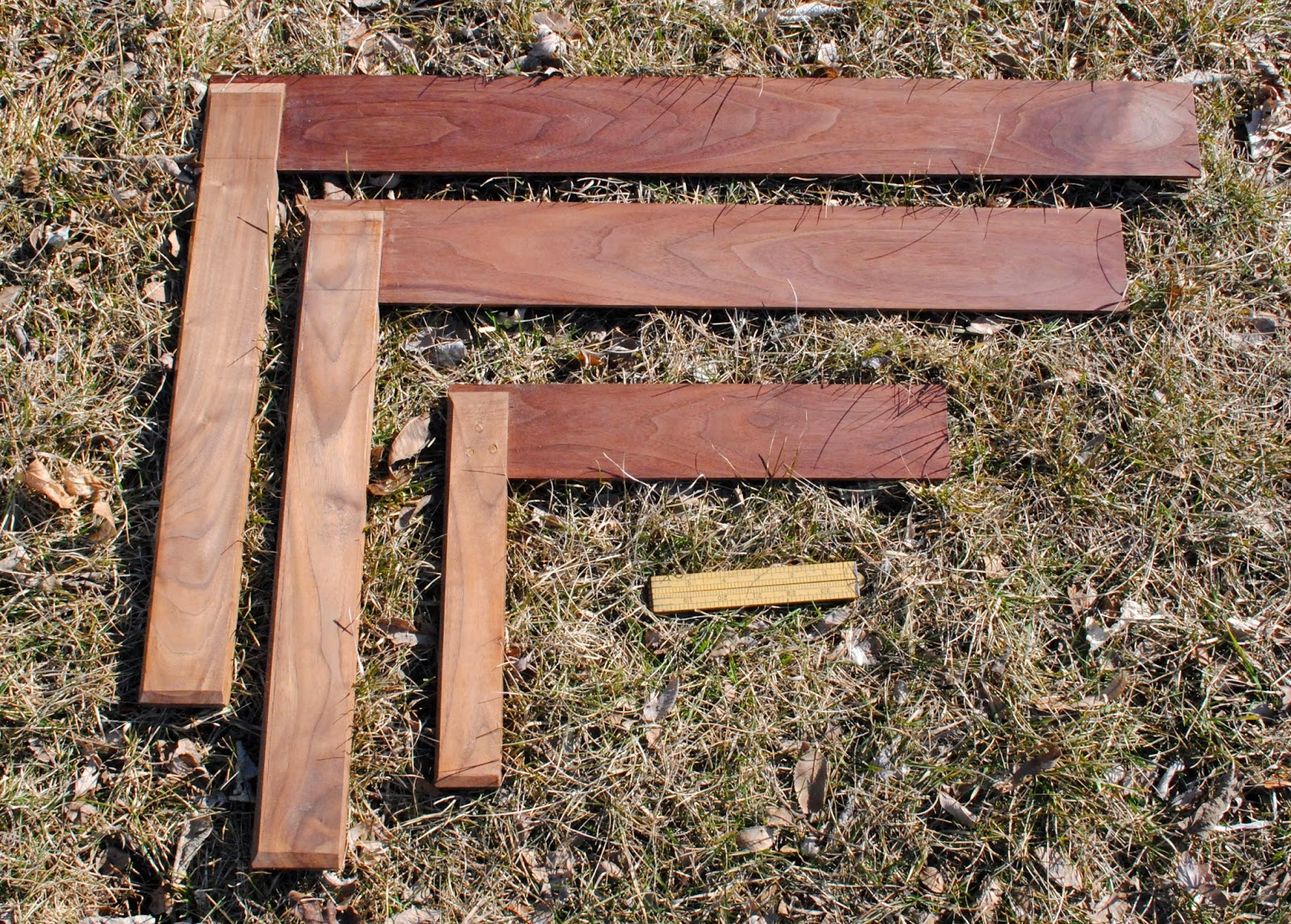 I built the full set of three squares from the Benjamin Seaton Tool Chest, accurate to the measurements given in the book. The large and medium squares are massive. Bigger than my steel carpenter square with the blade on the large one measuring 30 1/2" long. The double tenon on these was a cool challenge.

The best thing I took away from this squaring exercise was enjoying how far my skills have come. Sawing a straight line for a tenon or half lap was something I really had to concentrate on last time I built squares. This time around the sawing and paring came easy. I could see whether my surfaces were straight and square without really measuring. I'm proud of how far I've some in using and understanding my hand tools. Things I worried about so much in the past have now taken a back seat to bigger and better concerns, like proportion and the execution of details.

I did build one other square over this past week. One sourced from my own little epiphany, complete with angels singing, well maybe not angels, but inspiration, answers, and plans instead. More about that soon, but in the meantime, lets see if anyone can guess the historical inspiration for this square. . . (Hint: In the historical context, the square is not being used by a woodworking craftsman, but some other trade. This reference is significantly older than Roubo or Moxon) 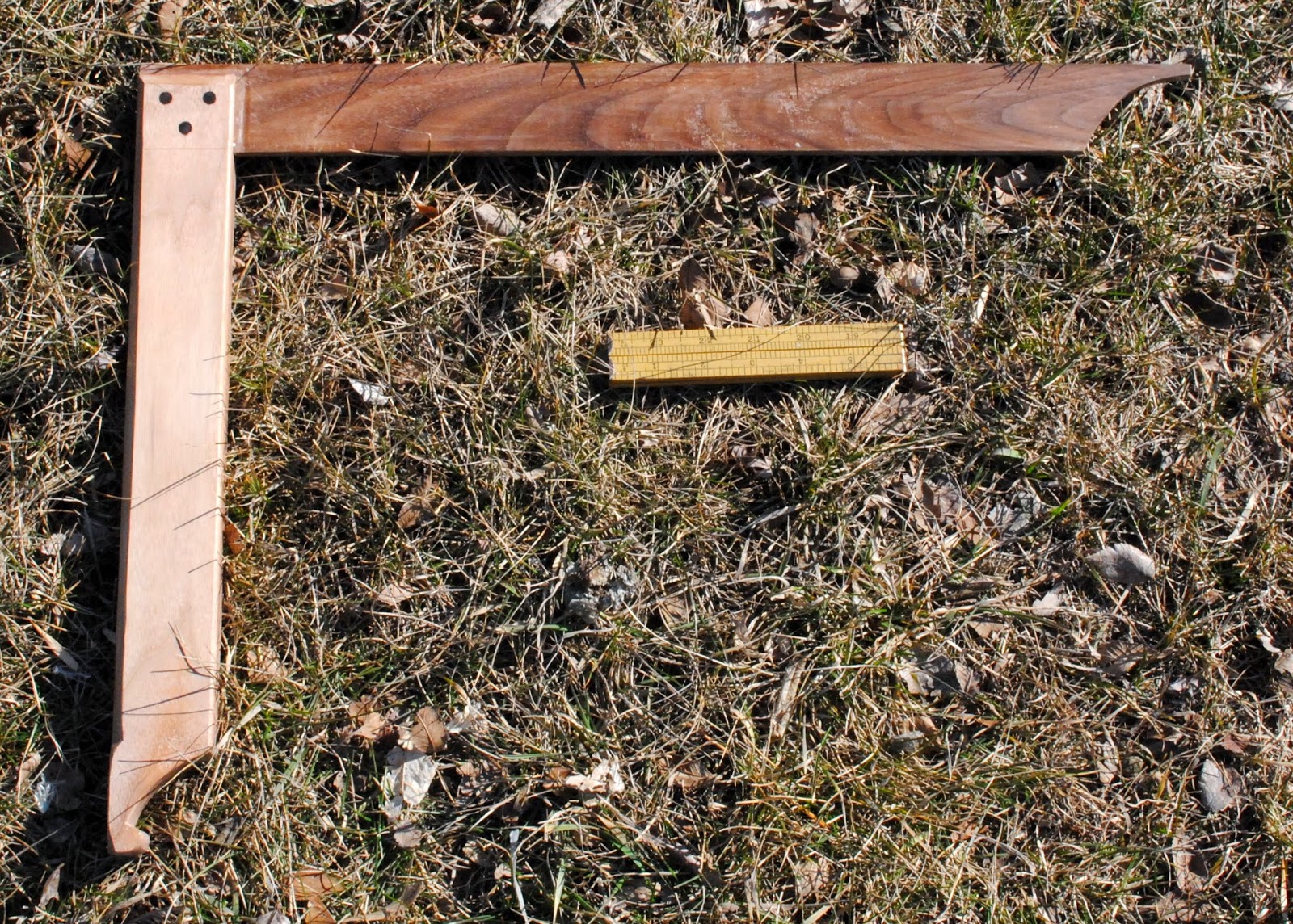 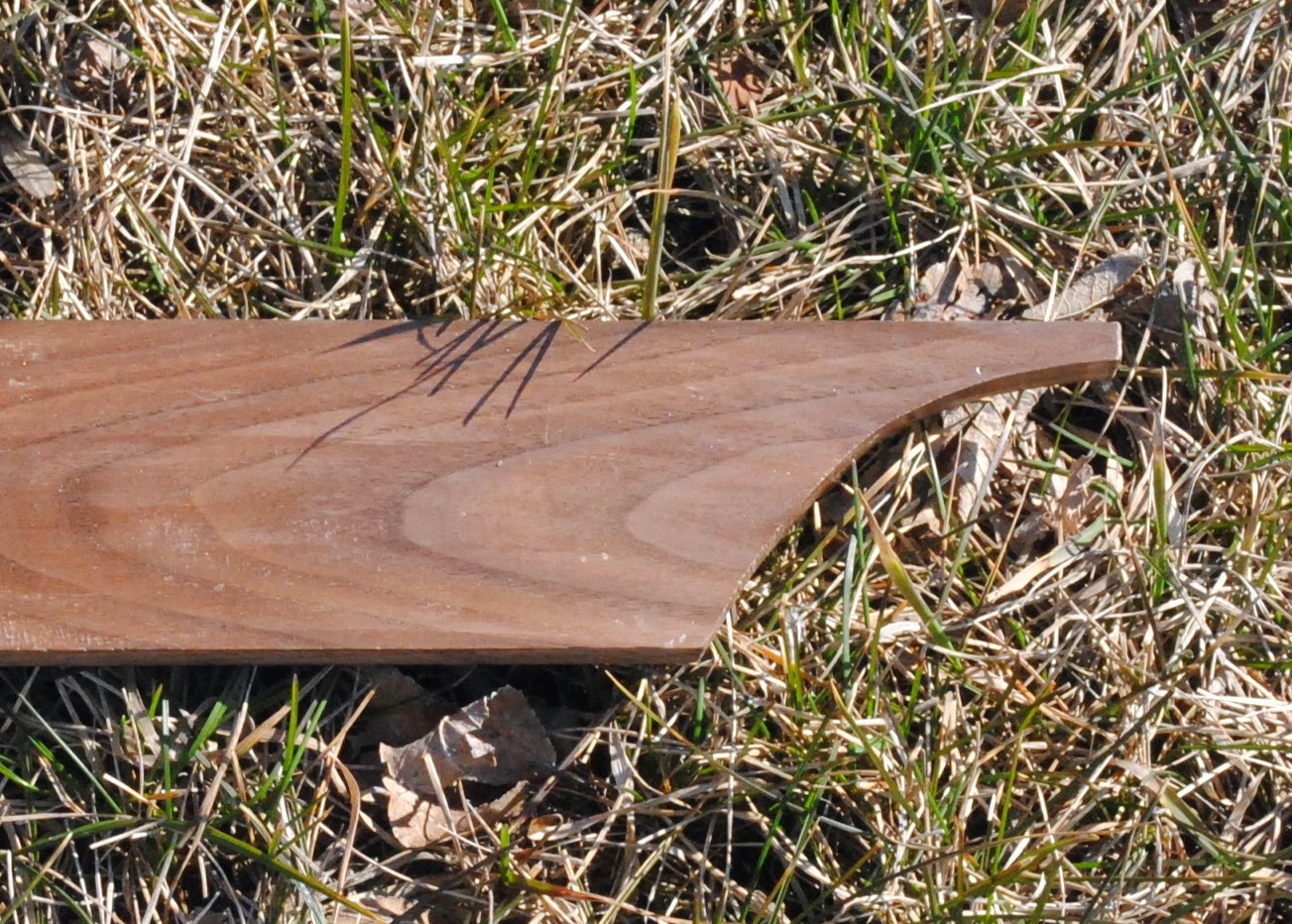 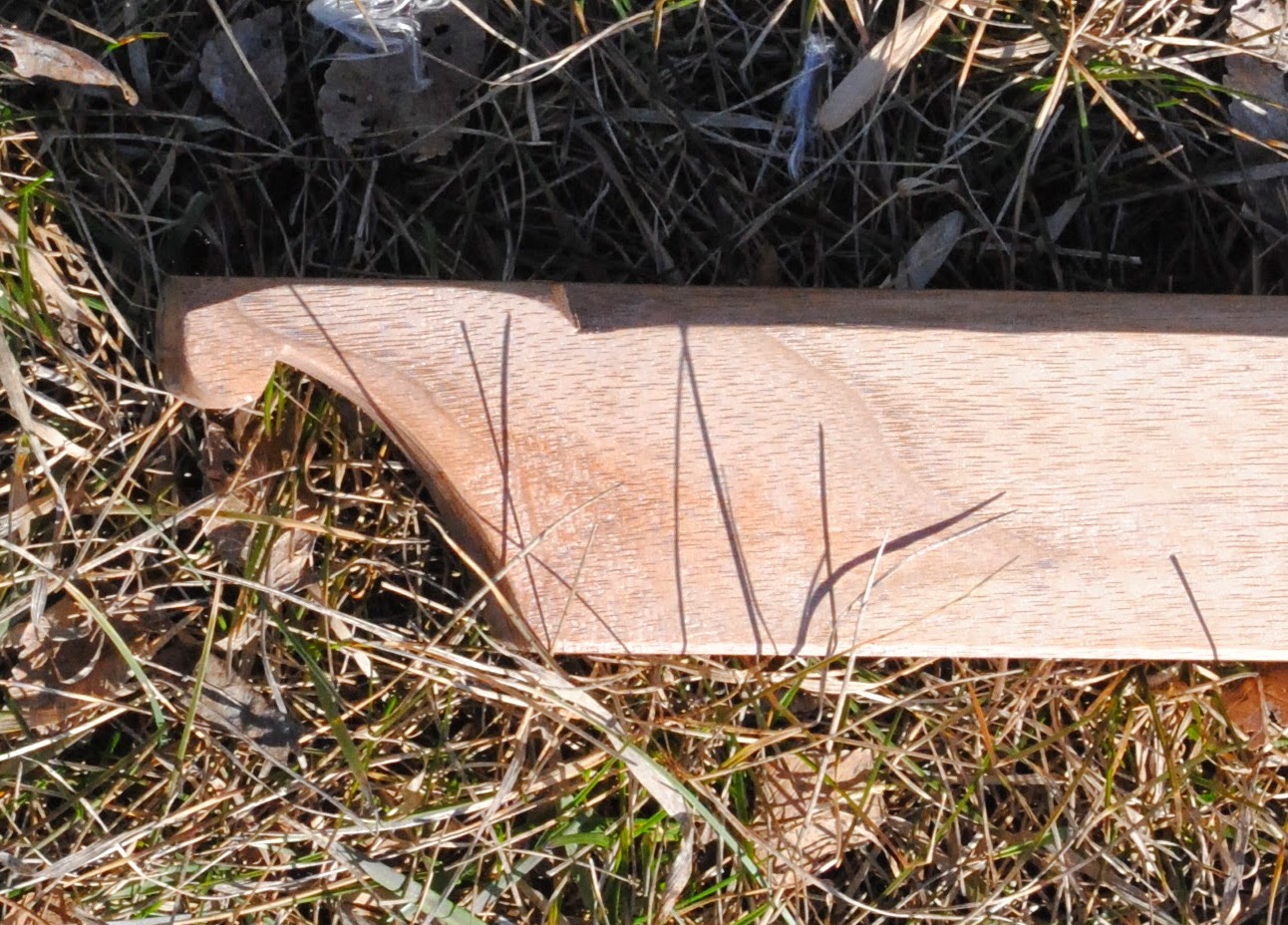