I get the idea that for some woodworking is mostly about accuracy. Accuracy is important but it has it's place. I have never worried about how infinitesimally thin I can get my #4 to take shavings, There are times and places I take thick groatish shavings, even with my #4. Instead I worry about the line I'm shaving to and the surface left behind. Who cares how gossamer the shavings are on my shop floor and under my feet. 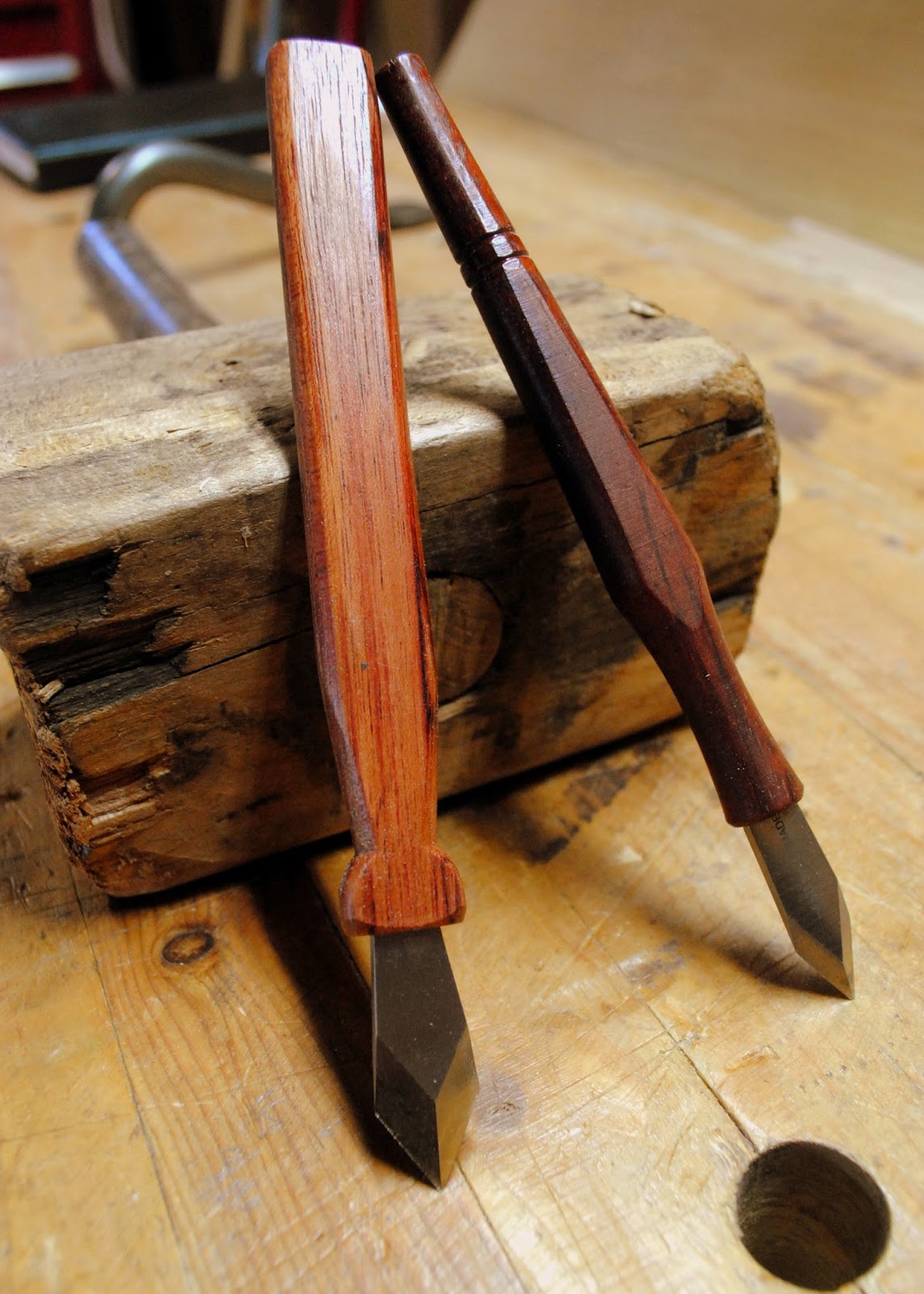 I bought my first marking knife in 2010. Up to that point a pencil had always worked well for me. I bought it because I'd read it was something essential for a hand tool woodworker to have and to use. I knew it was indispensable to improving my dovetail layouts. I knew it because the internet had told me so, and the internet never lies. Abraham Lincoln wrote that and I know because Facebook told me so. Facebook is also on the internet. 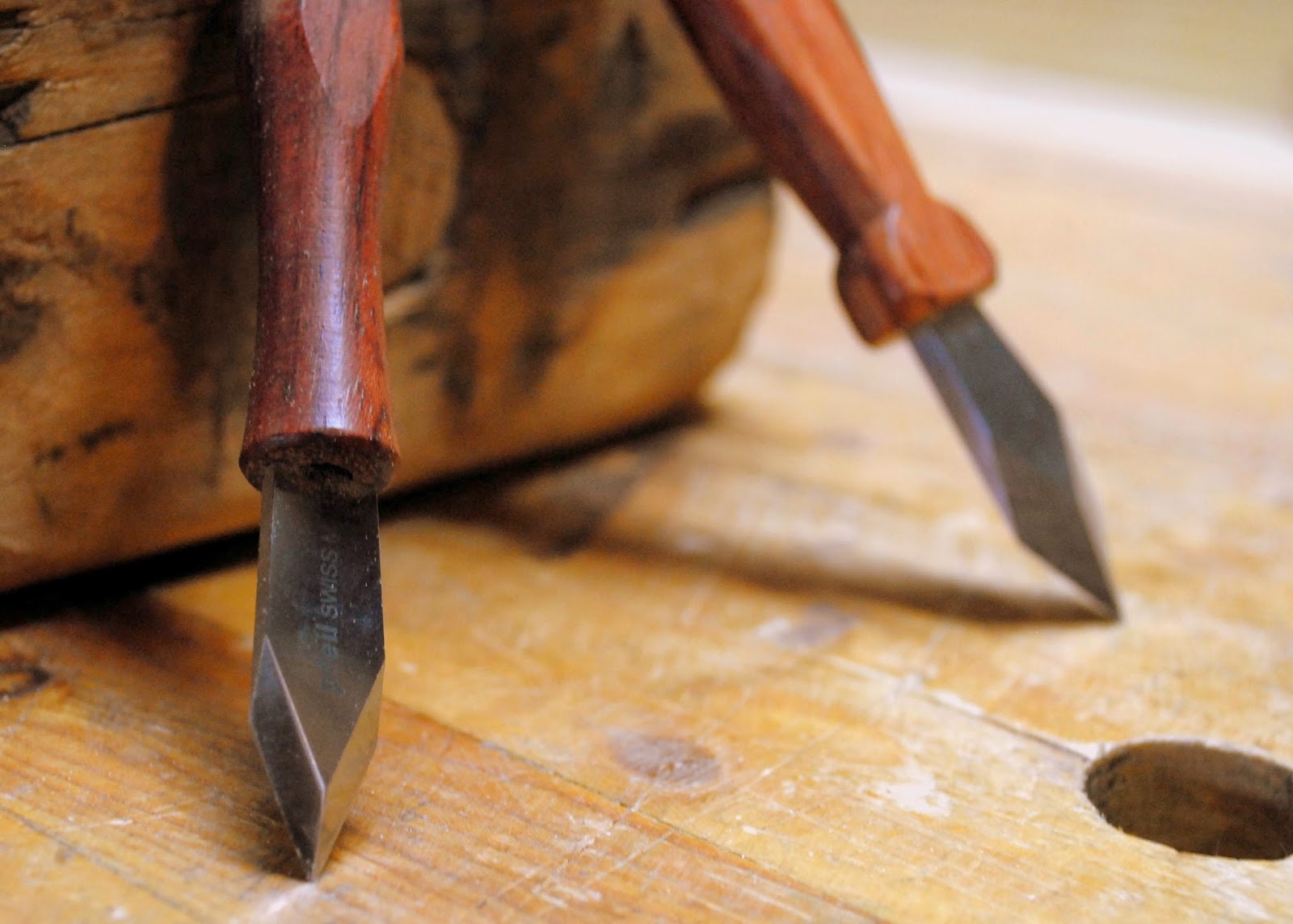 I bought that knife. I tried to use it, and it was horrible. I hated it. It stuck in the grain, It took a slice off the blade of my wooden square. It wiggled and pushed the square out of line. It slipped and cut my finger. It cut into the dovetails I was trying to trace. The damned thing was defective.

I put it back into it's plastic sheath and threw it into the drawer of a tool cabinet. The controversy was settled, I was a graphite man. 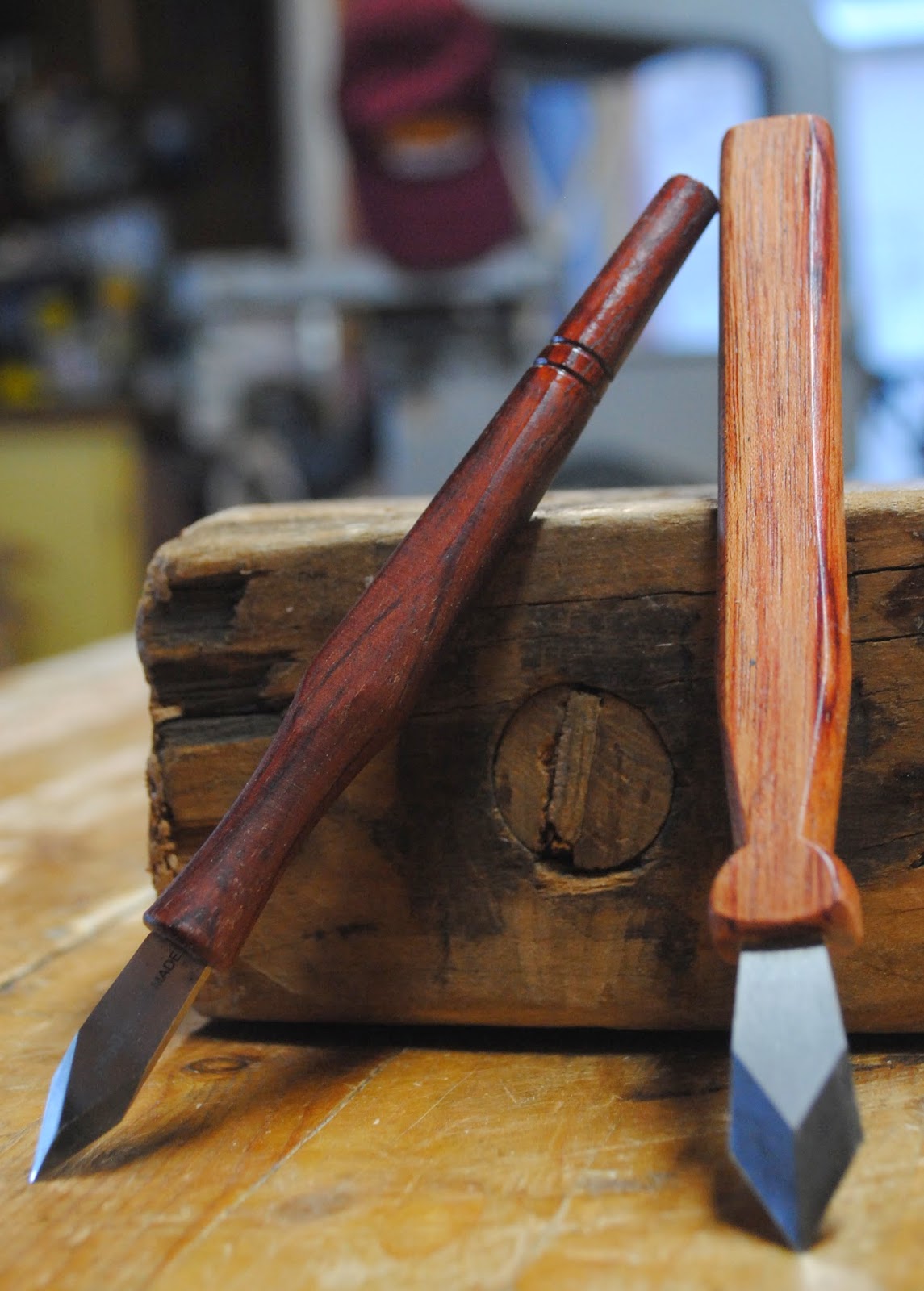 A while later I built a traditional tool chest and started to work out of it. I emptied the drawers of my tool cabinet into the tills of my chest. The Damned Marking Knife ended up with my measuring and layout tools in the top till. I spent a while moving it out of the way to grab a pencil. Then I started to pull it out of the chest every once in a while to see if it was still defective.

Once in a while grew to more often, which grew into fairly frequently.

Then on impulse bought a second marking knife at a woodworking show in Milwaukee.

That one seemed to follow the example of the first, It worked as well. 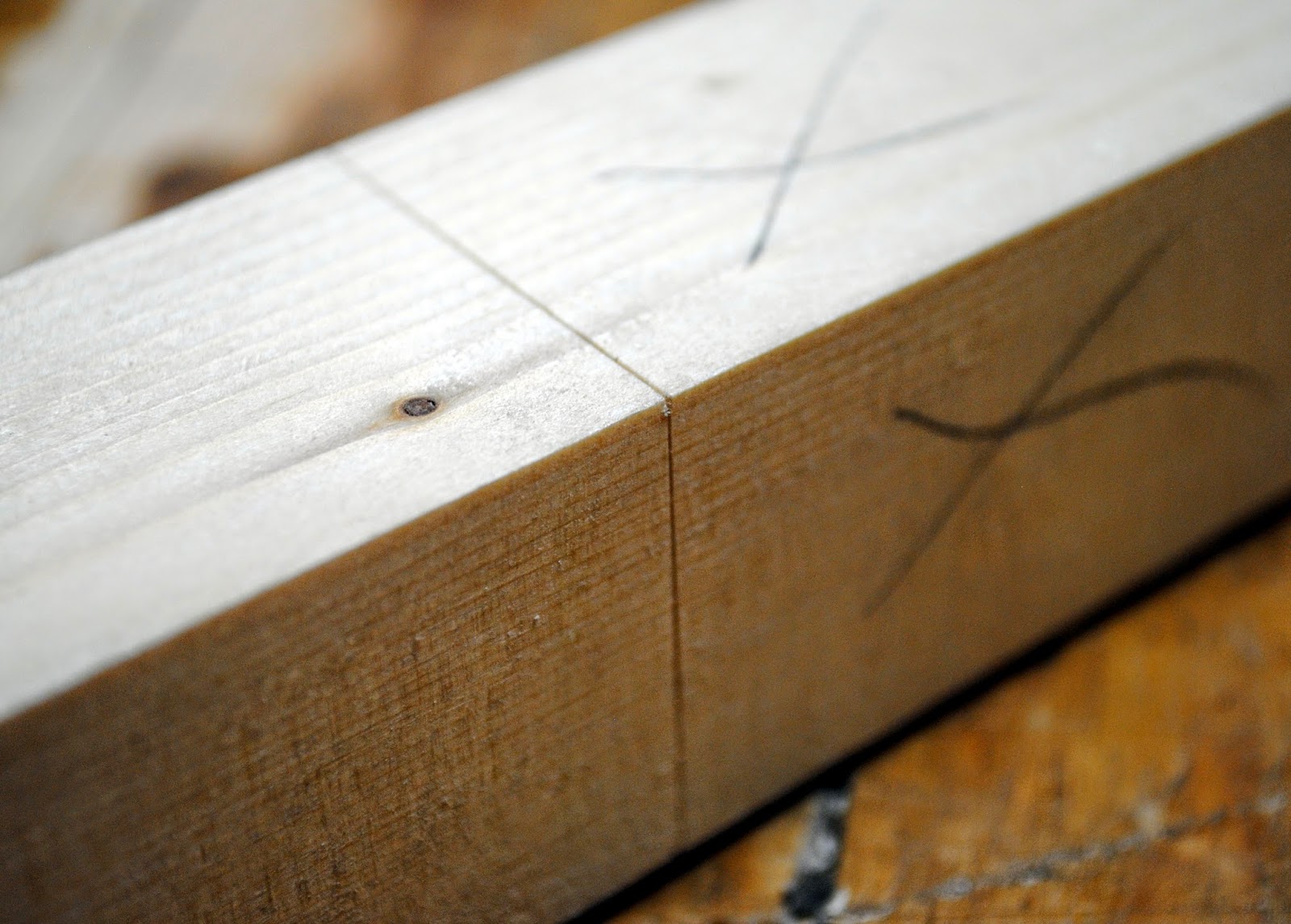 I'm proud to announce the Damned Marking Knife has learned it's lesson. It understands if it stops working again I will be forced to return it to exile. I consider this another bad tool reformed.

Now where did I put my pencil?