I feel like I misplaced my workshop mojo. Not because I'm burnt out, that's a different feeling, Not because I don't have anything to build, I have projects piled up to the rafters. And definitely not because I've been injured, ill, or in legal trouble of any kind.

August was simply an insanely busy month for us. Good, but chaotic. We had birthdays for two of our three daughters. The annual Midsummer's Feast with my medieval Reenactment Group (hands down the finest meal I eat every year) My in-laws celebrated their 50th wedding anniversary with a party we planned. And to put a cherry on top on the last day of the month, I had a lecture and presentation with my best friend and medieval combat buddy, Thom Peters, .


The show was called "Armor Up; A Real World Guide to Wearing Medieval Armor" and it was held at the Castlerock Arms and Armor Museum in Alma Wisconsin.

I'm part of several presentations every year on medieval weapons and armor, most of those are at best, semi-off the cuff, and often before roughly gathered crowds in parks and at fairs. This was a formal presentation at a museum, attended by people familiar with the subject and know what they're talking about, and surrounded by actual historic examples of the very items we're referring to.

I haven't given a formal, PowerPoint style lecture since I left teaching in 2008 to return to work at the hospital. That's more than six years. 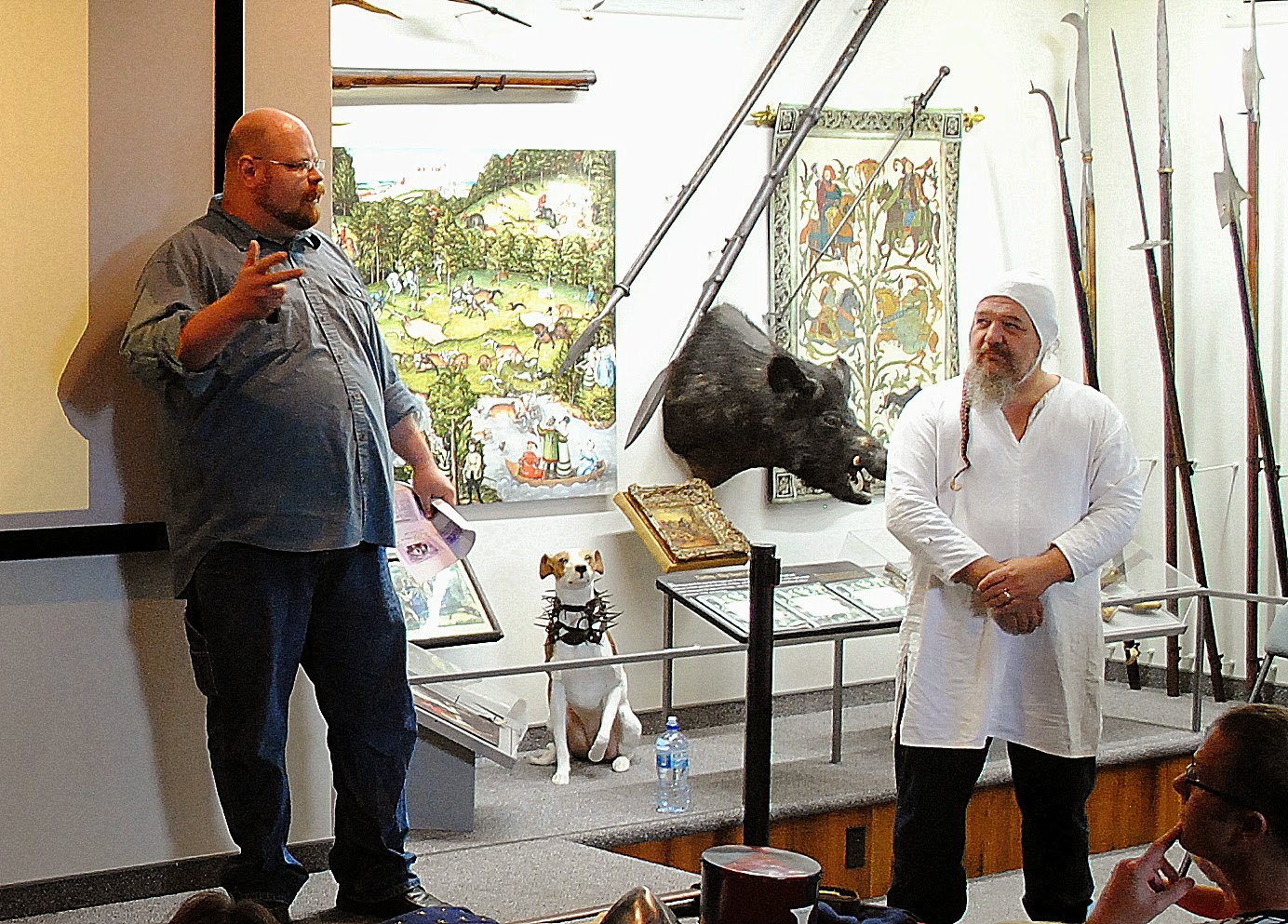 A little out of practice, a prestigious setting, and did I mention it was a sold out to standing room crowd. I was a little nervous heading in. 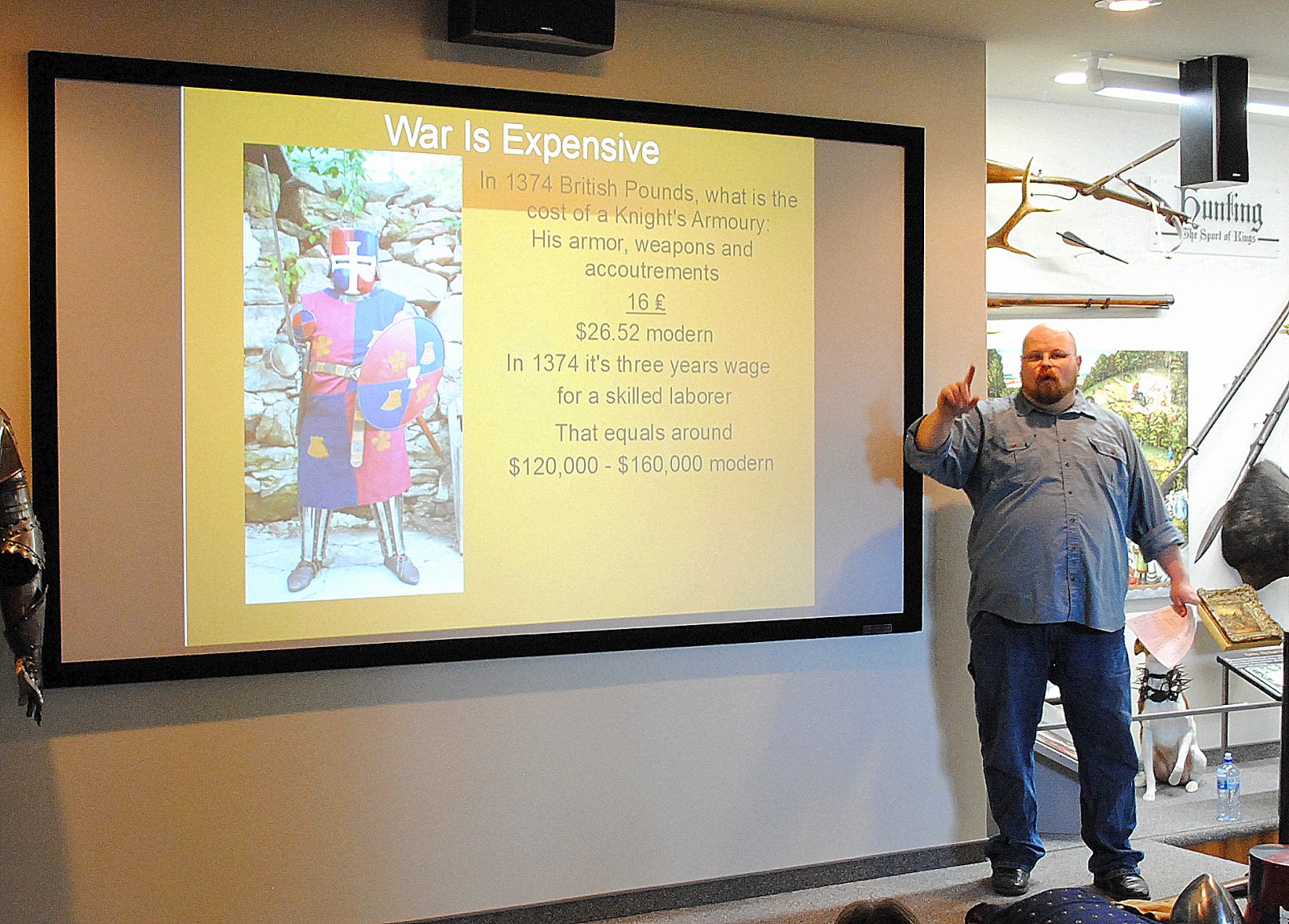 After things got rolling, and I managed to get a few laughs from the terrifically generous crowd, I settled down, like I knew I would. 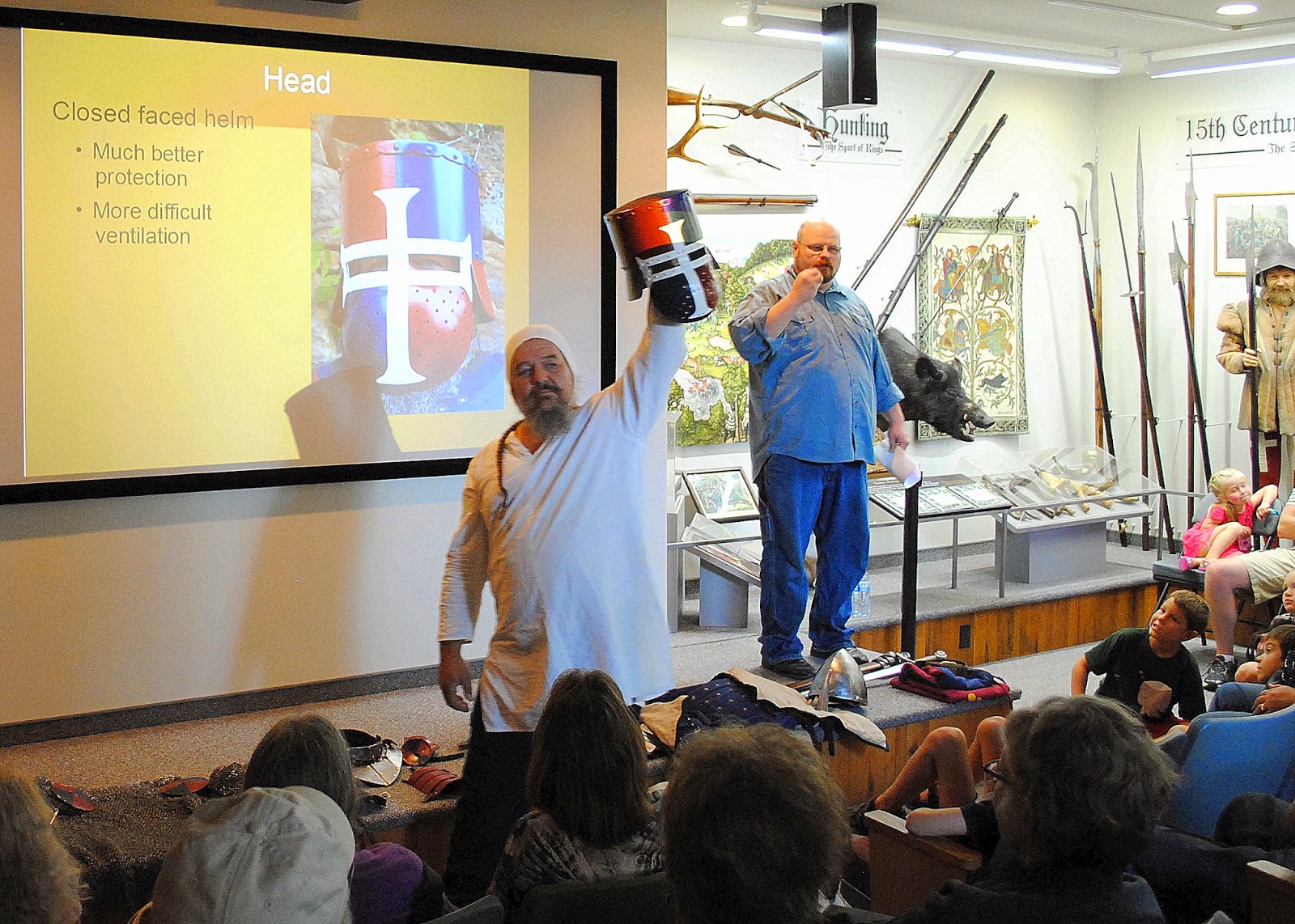 We introduced ourselves, dispelled a handful of popular myths about armor, then we went over the armor pieces worn between the 10th and 13th century, what they protect, how they fit into the over all scheme, and what can go wrong while wearing them for combat.

Then we showed them how long it takes to armor up both a common soldier and a knight in real time. The answer, three minutes for a common foot soldier to ready himself, and 27 minutes for the knight, with two inexperienced volunteer squires helping. 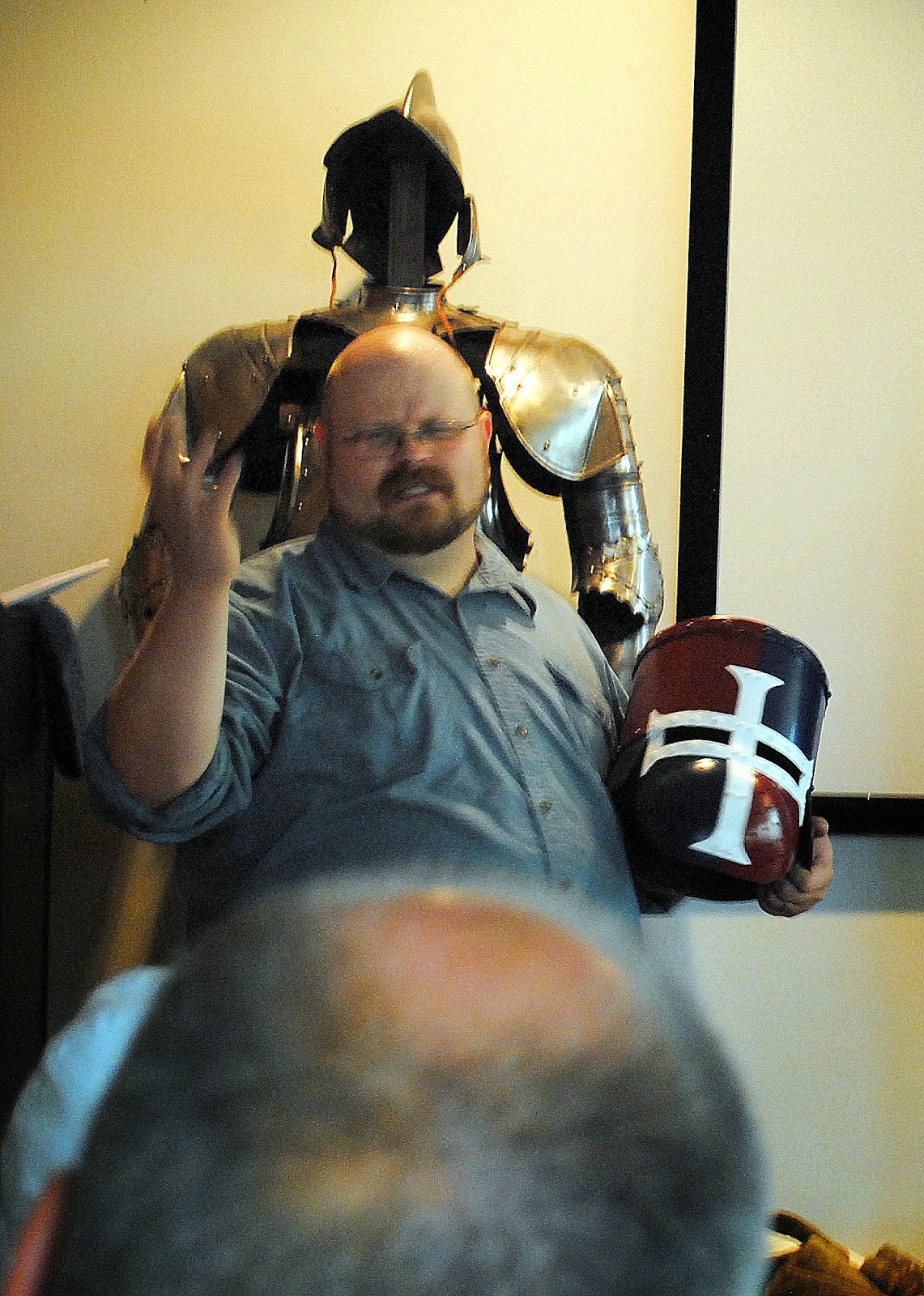 The whole event was well received by the attendees, the museum owner and the museum staff. The best possible outcome. Especially since I have two more presentations there upcoming this year.

At the end of this month, September 28th, I will be teaming with Master Blacksmith Thomas Latane and blacksmith/woodworker Paul Nyborg in a demonstration called Forest to Furniture. Where we will show the process involved taking a tree, riving and hewing it down to stock, smoothing and joining that stock into furniture, and then carving and finishing a piece.

Then at the end of November, the 30th, I will be doing a presentation on the Furniture of the Maciejowski Bible. Work I'm hip deep in deciphering at the moment. I'm a little more nervous about this one than I should be. The chaos of this summer and August in particular have put me well behind my schedule, but what will be will be and I will be ready to talk about the research I've completed, the direction's I've had to look, and the various threads I've had to string together thus far.

If you've got a chance and are in the area, swing by the museum on one of these dates and say hi.

Now it's time for me to get my butt back into the shop. Papa's gotta get his mojo back.