Continuing along the path to a new workbench for 2014. Day one of the build saw the legs all cut from a large beam and sized to the same length. Day two was the mortise and tenons for the stretchers.

The first challenge was to get the spacing right for the legs on the bench. There was a time when I would have just randomly selected the measurements and plowed forward. Those days have passed, I've been introduced to dividers, whole number ratios and all the fantastic things that can be done with them.

I don't have any ink in the printer, so I chased up an image of the workbench on Roubo's Plate 11 on my iPhone and tried to step it off with dividers. Ever tried to use a sharp pointed dividers on a touchscreen? I bet I'm the only one who's tried, no damage was done to the phone or the dividers. I came to the conclusion the outside overhangs were equivalent to 1:6 of the inside span, or the length of the stretcher.

Working off the front edge of the bench top. I crowded the two front legs down to one end and measured the remainder of the bench, Then I divided that measurement into eight. 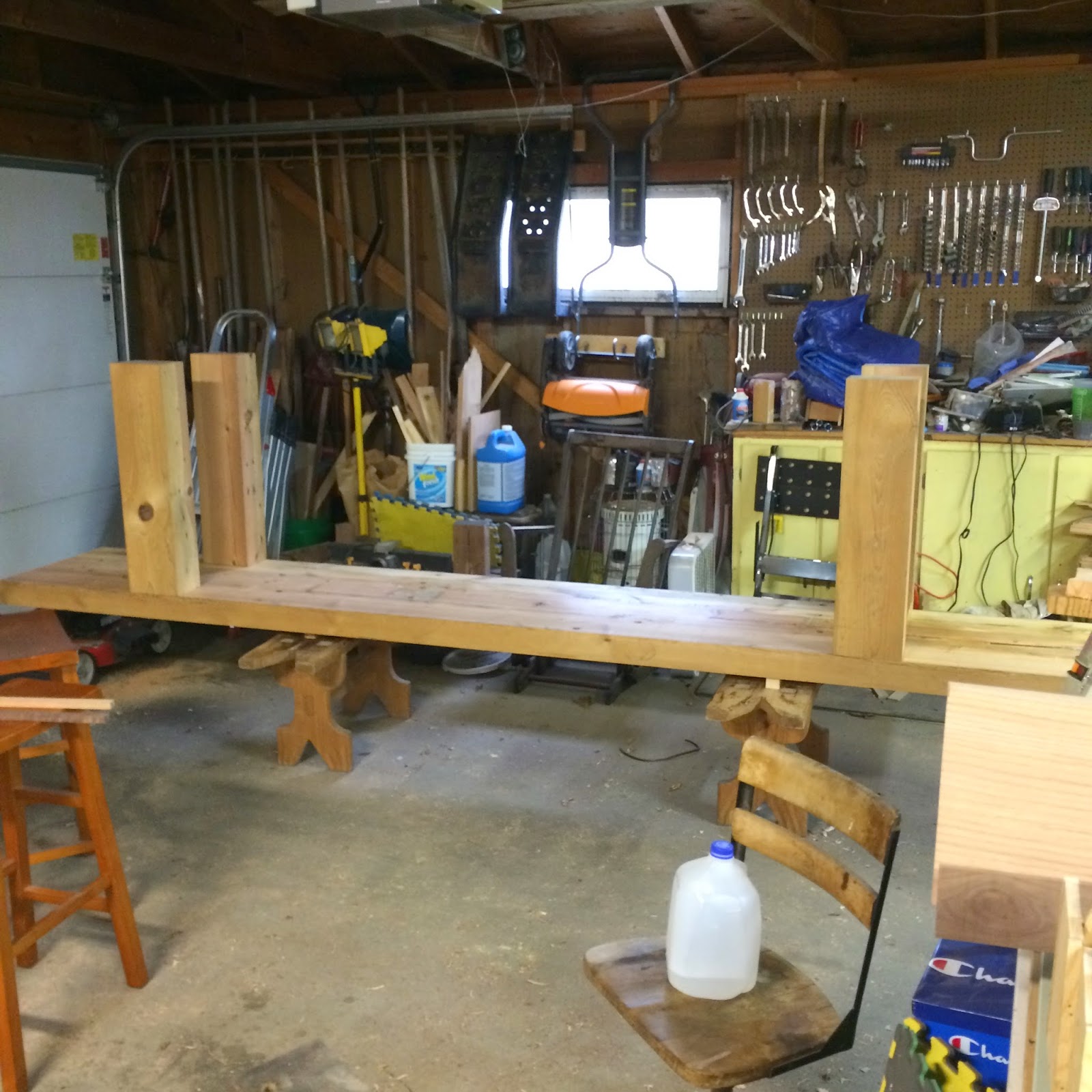 I transcribed that measurement in from each end and marked a line square to the front. Then I laid out the legs in their final position and outlined their placement on the bottom of the bench top. Using the outlines of the legs I was able to get the measurements for the stretchers (plus 2" on each end for the tenons. 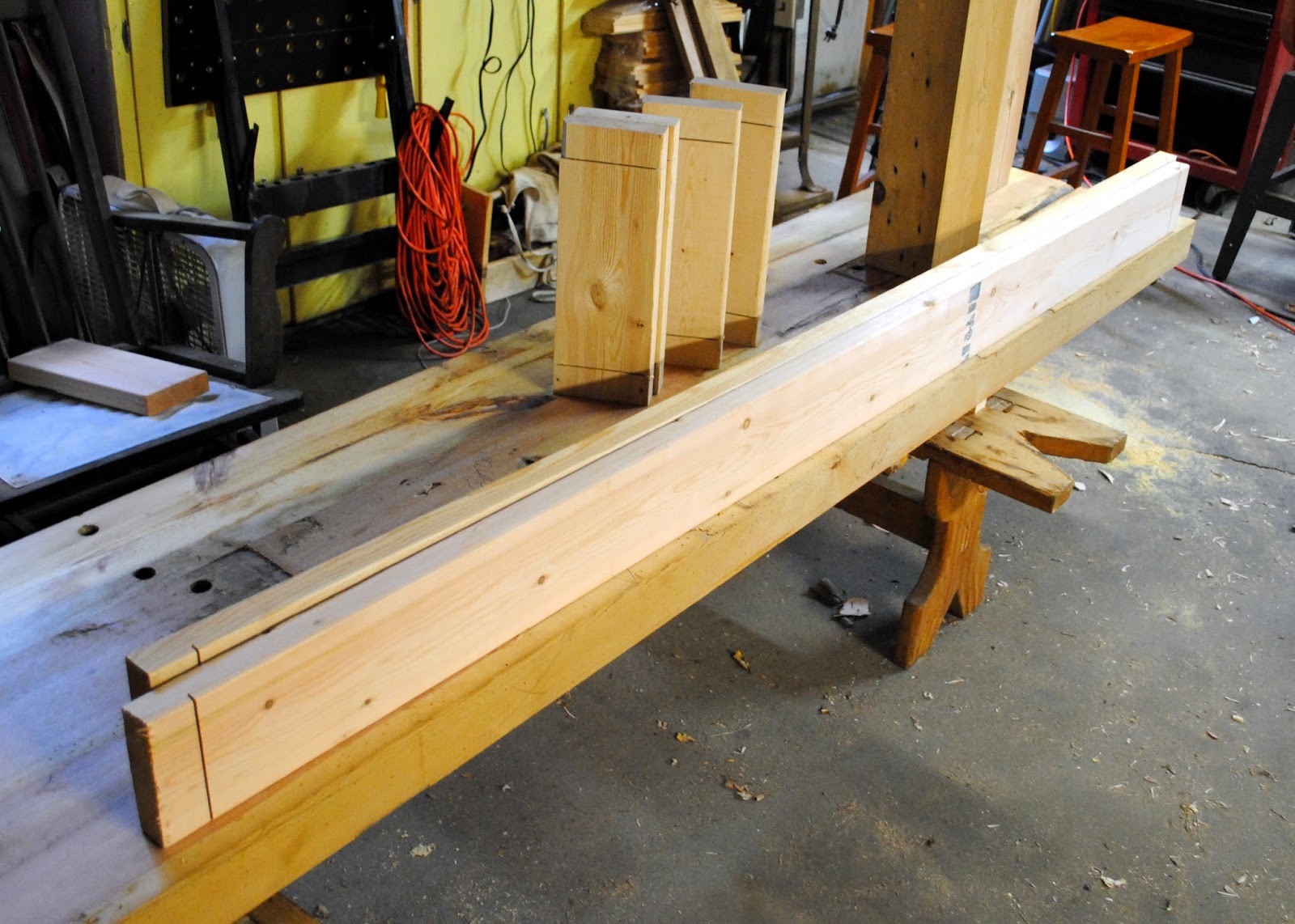 I know most of the woodworking world cuts their mortises first. I'm afraid I'm in the habit of cutting my tenons first and that helps me locate and size my mortises. To each their own I suppose. I used the table saw to make the shoulder cuts in these SYP construction 2x6's. 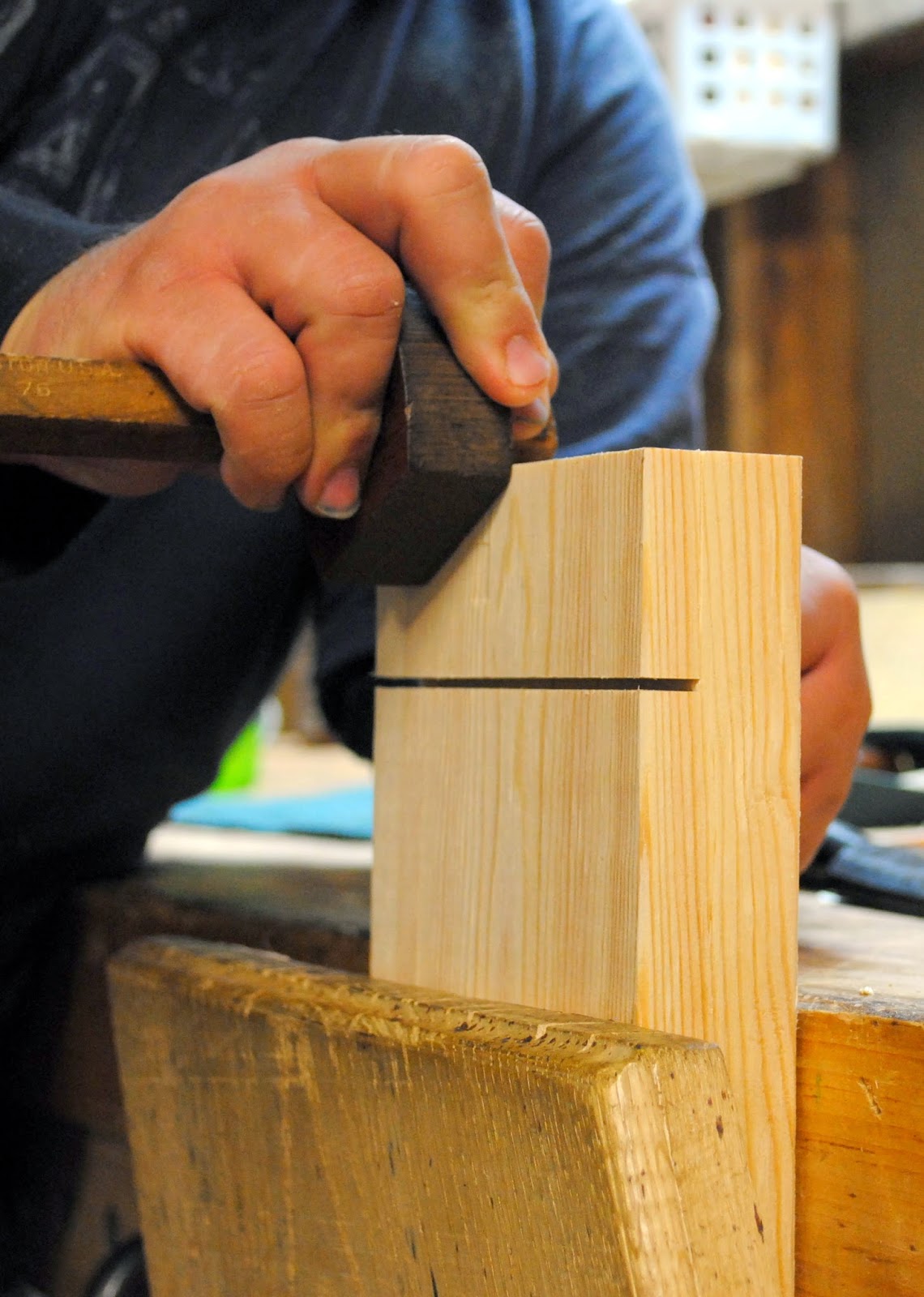 The stretchers were selected for good straight grain, so I was certain I could split off the tenon cheeks with no issues. I started by scribing a line with the marking gauge. 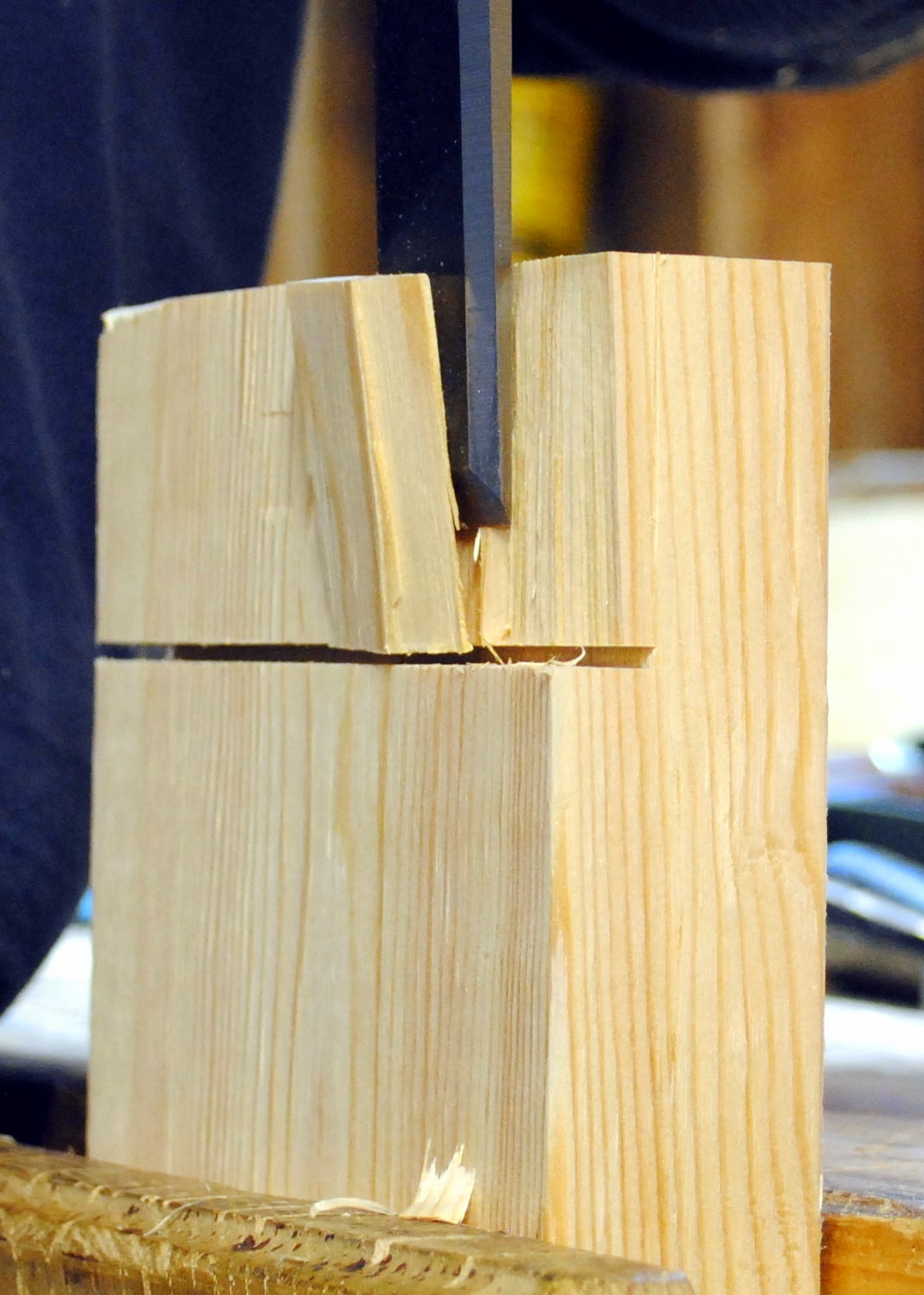 Then I bust off the waste with a sharp chisel working by halves. Remove half the waste in the first pass, then half of what is remaining, then half again until you get to less than 1/16th or so remaining. Then you drop the chisel in the scribed line and finish the job. 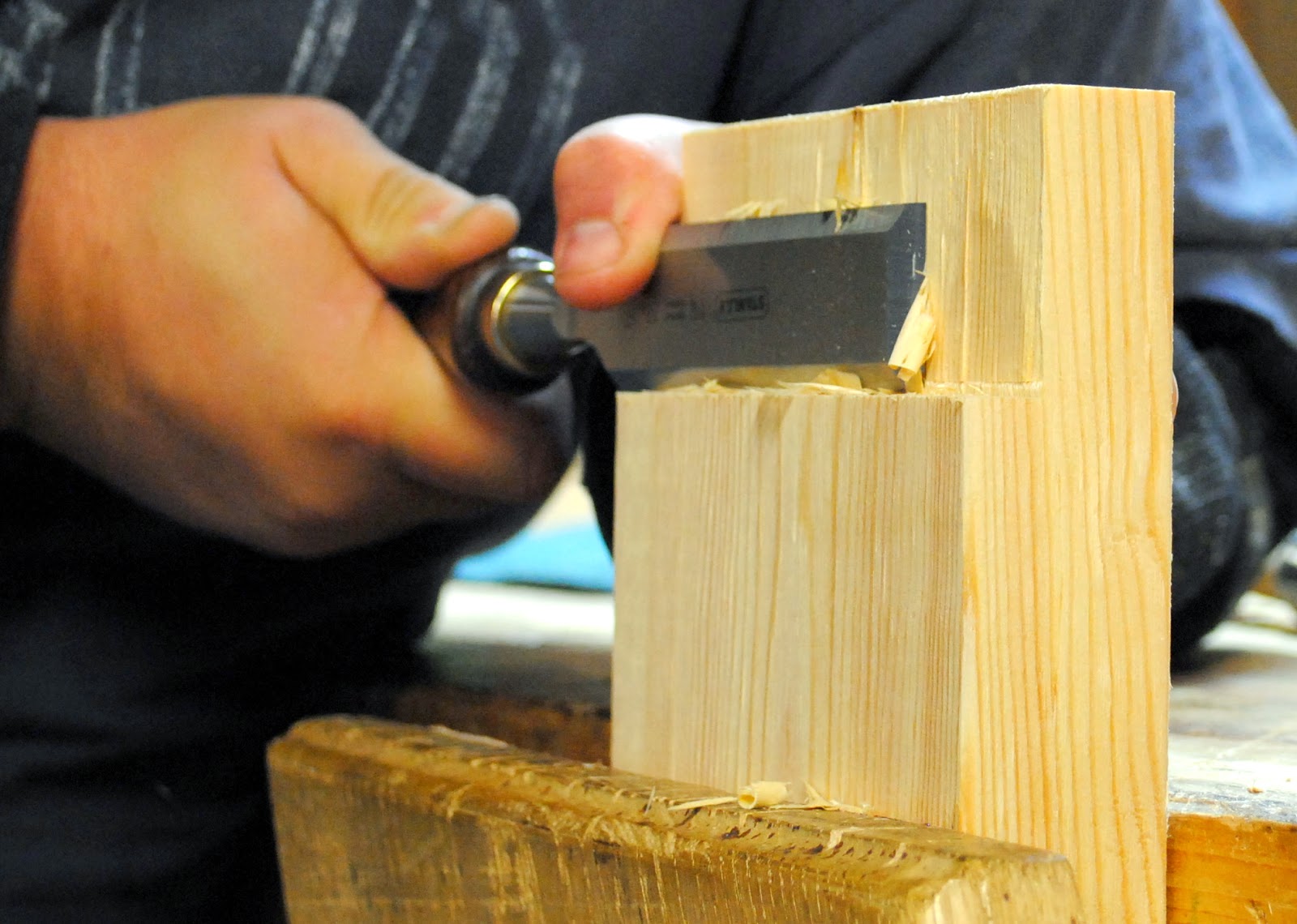 Well, not finish - finish. You will probably have to pare across the cheek some to get a perfectly uniform surface. 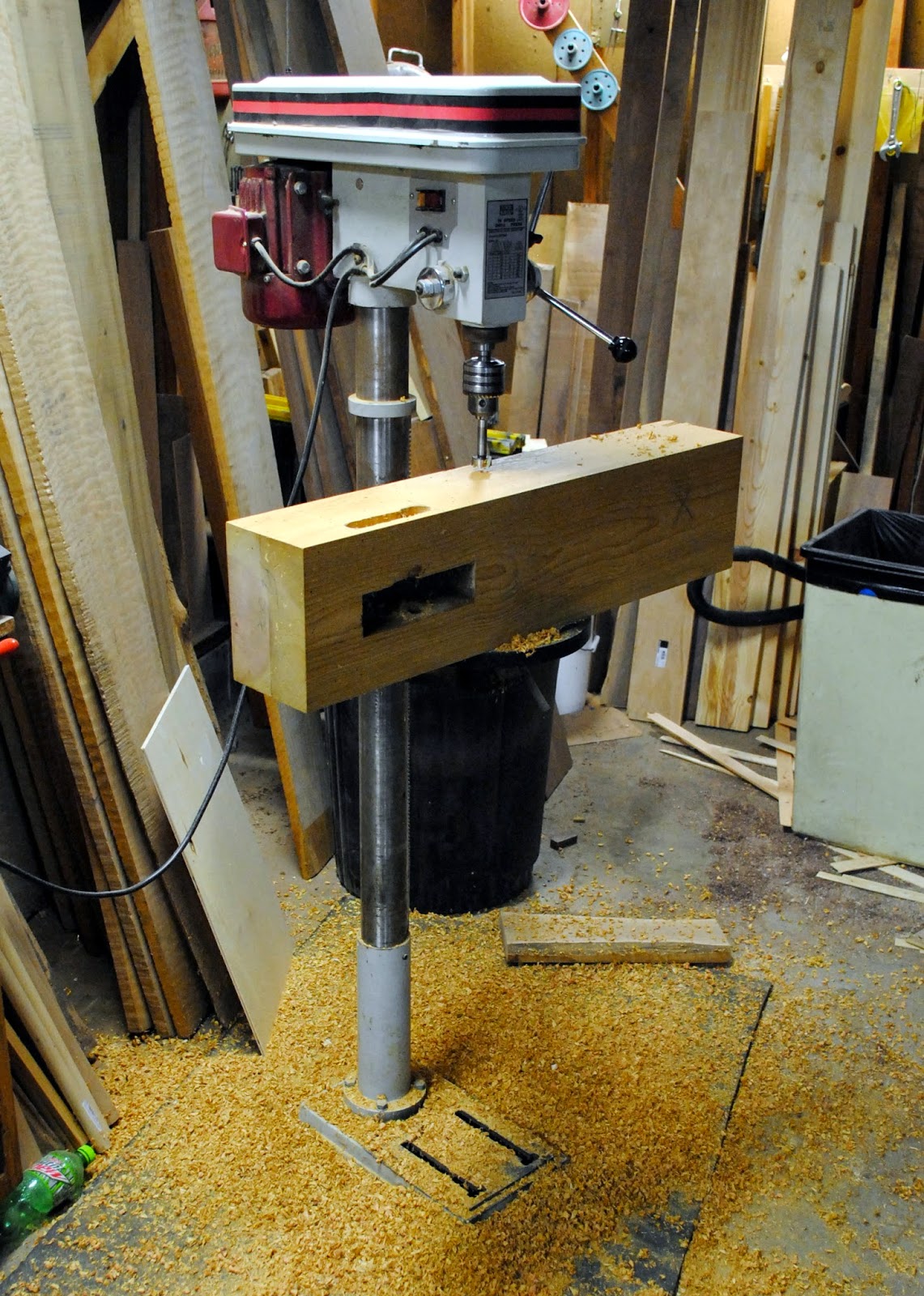 I chose to run the bottom stretchers off the ground at the same elevation as the bench top is thick. It's Symmetry!  Then I laid out the placement of the mortises and hogged out the waste with a 1" forstner bit to a little past 2" depth. 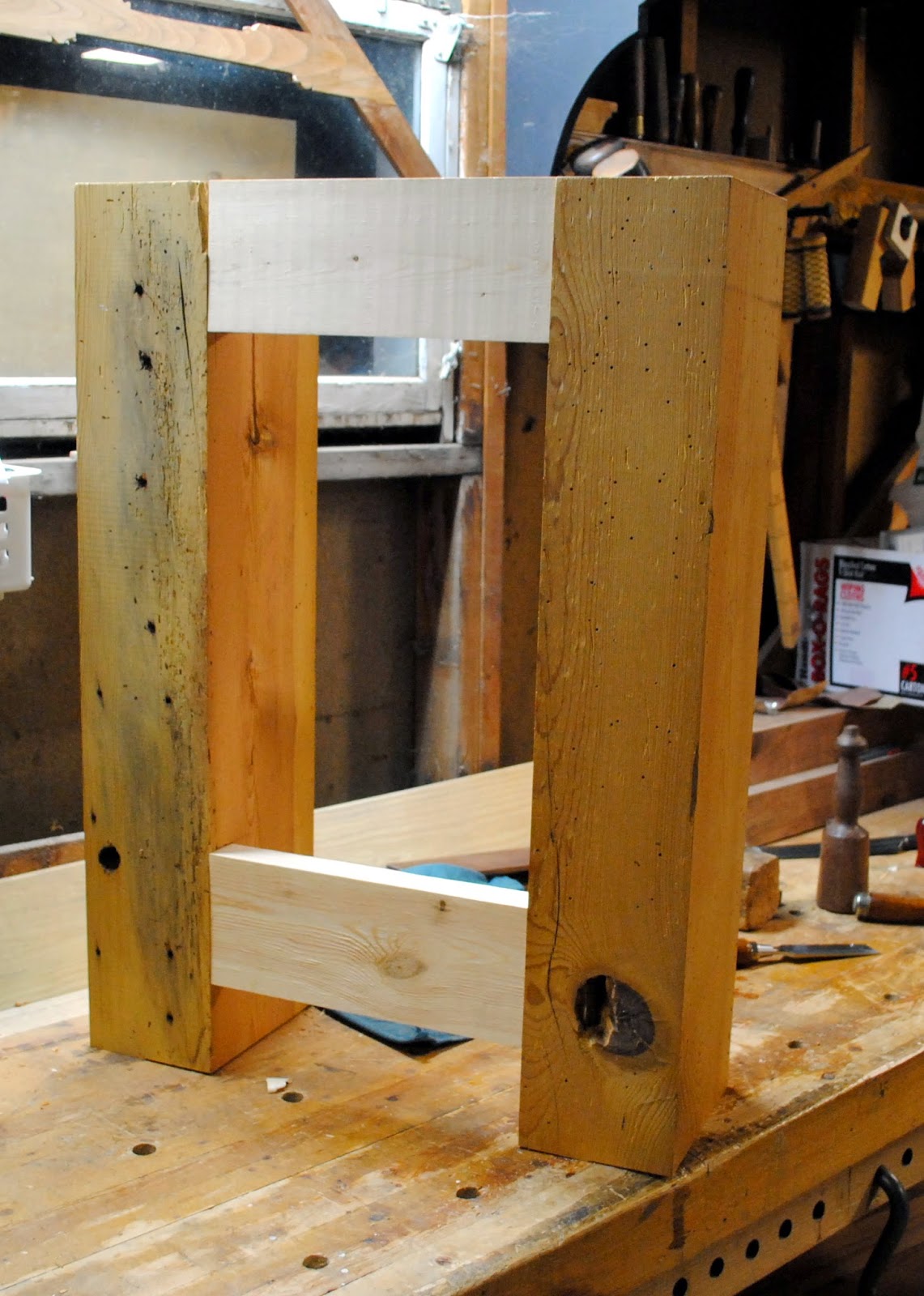 The more you work, the better and smoother things like this go. Mortise and tenons used to give me fits, I guess most everything used to give me fits at one point in time. But I was happy because the last several times I've gone through this joinery process, it has worked out to satisfaction. 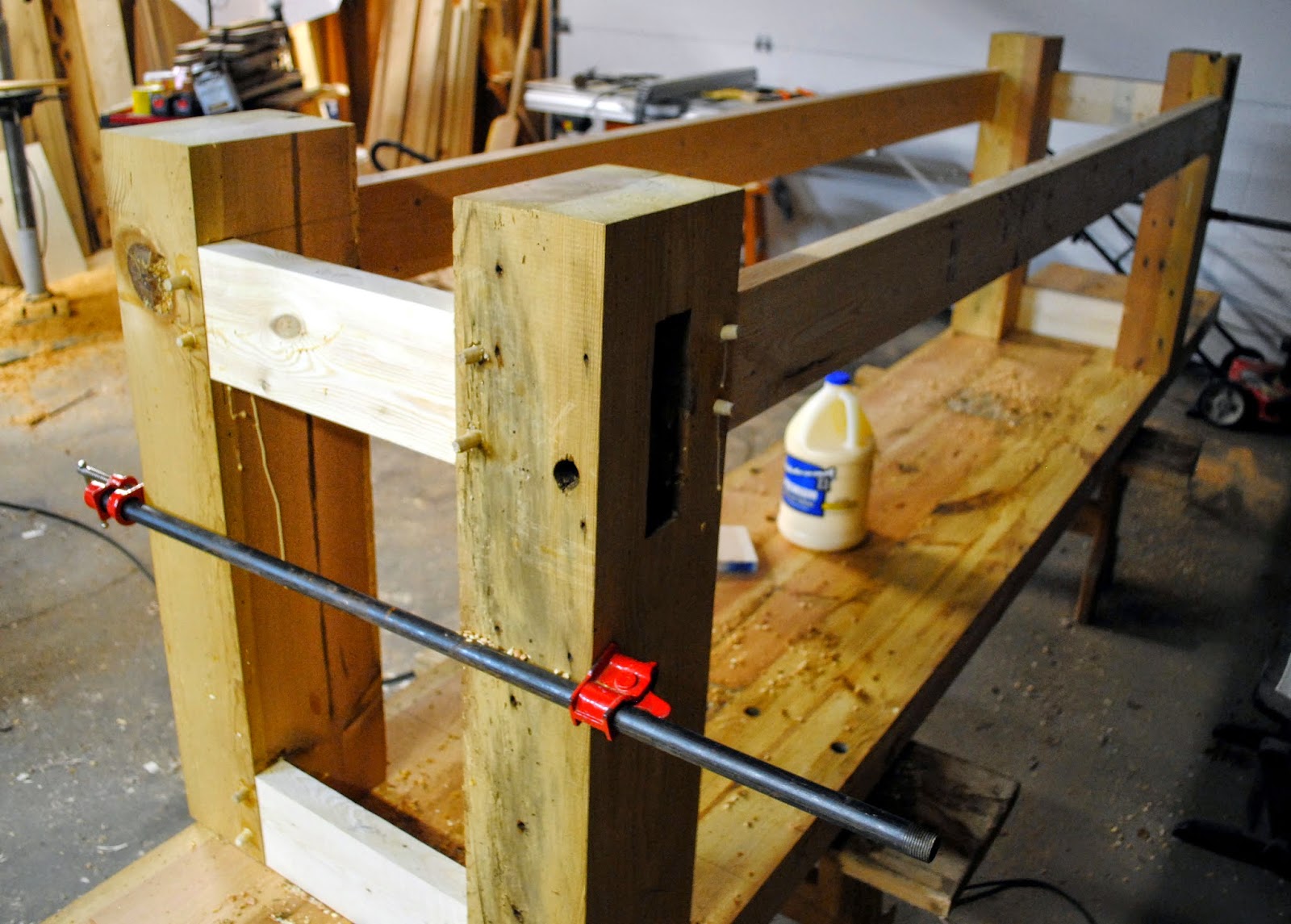 Once everything dry fit I pulled the legs back apart, stepped through the process of drawboring the joint together A little glue and the tapping of tapered dowel pins and I was finished with a long day number two.

It's almost a bench.