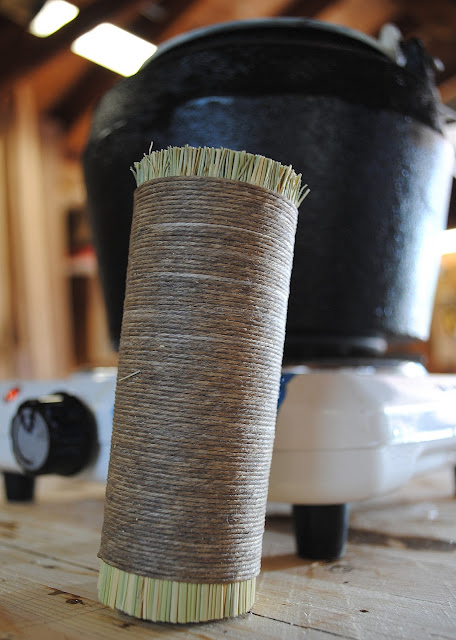 If any of my girls floats into the shop while I'm working they will avoid standing near the double boiler glue pot at all costs. "Dad, that glue smells!"

I'll admit, hot hide glue has it's own bouquet, I don't find it offensive, but I can understand if you're not expecting it, it can make you pay attention. Boy oh boy did they miss out on the treat today. The shop smelled wonderful, that's not sarcasm. It was light, sweet, and floral.

I wasn't heating animal protein, it was beeswax. 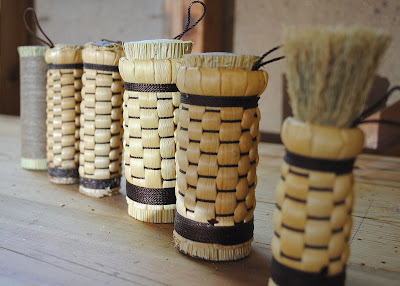 I have developed a love for the polissoir (as you can see from my small collection) This tool has changed my finishing and my surface preparation  for the better. A smoothing plane followed by burnishing. Forget about it.

And the application of beeswax, whether applied directly by the polissoir or melted over a burnished surface and hand buffed. Especially woods like walnut or cherry. . . 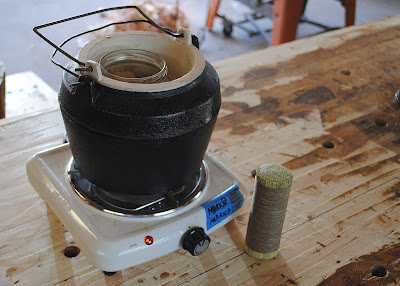 I managed to get my hands on the Model 296 at Handworks 2015. I could tell pretty quickly that there were differences between the other models and this one. It's created in a more traditional wrap bind to appear as accurate to the one shown in L'art Du Menuiser. The other models are bound very tightly. If you tap them on the bench they have a resonance of sound that denotes rigidity.

The Model 296, because of the corded wrap and lacking the thicker sheath that surrounds the others, has the barest give to the reeds. That give made me believe this may be the perfect vehicle to follow Roubo's instructions and soak it infuse it with beeswax. 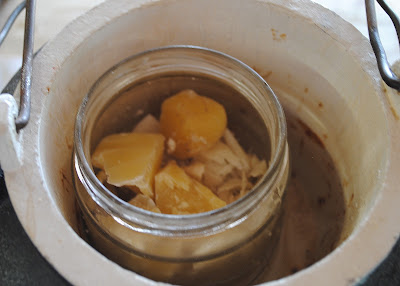 So, into the double boiler went a handful of chunked up beeswax. 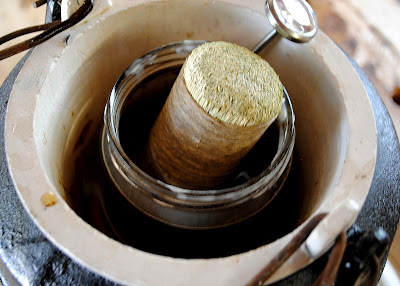 Once the wax melted, in went the polissoir. It was important to leave it in place until the reeds reached a temperature with the melted wax, otherwise it would be closer to dipping a candle and I'd get a sheath of wax around the bundle and nothing marinated to the middle.

I soaked each end for a while, I couldn't tell you how long, I was doing other things as well, I pulled it out, let it cool for a bit, then redipped each end again for a shorter time. This time as it cooled I actually set it on end and used a spoon to ladle more wax into the end grain until it could hold no more.

Then before I let it cool completely, I took a shop rag and worked the corded wrap until it had a little texture back to it instead of just a waxy sheath.