The Importance Of Dividers 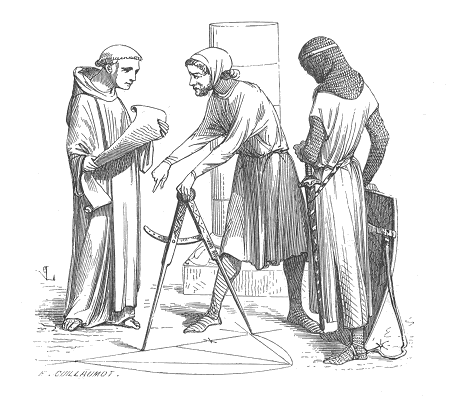 As I round the final curve in my research for my book on the furniture shown in the Morgan Bible I've finally gotten my hands on two digitized manuscripts regularly referenced by the art history scholars who have researched medieval furniture before me thanks to the digitized library of the Getty Museum.

Eugene Viollet-le-Duc was an French architect in the mid 1800's. The majority of his work was in restoration of medieval buildings. Connected to that work he wrote several books, the two pertaining to my research; "The Dictionary of French Architecture from the 11th to 16th Centuries" and "The Dictionary of French Furnishings from the Carolingian Period to the Renaissance."  It's good to have my hands on some original source material created before the World Wars took their toll on the material culture of Europe even if it is the biased and somewhat controversial writings of one man. (like any of our works could hope to be different.)

Unfortunately for me, both volumes are in French and only "Architecture" is (roughly) translated. My public education and lack of liberal arts degree from (Insert Institution of Higher Learning Here) has left me woefully unarmed in this battle so it will take some time for me to digest the texts. Still the illustrations are fantastic and I found something interesting as I started flipping through the pages of "French Architecture" 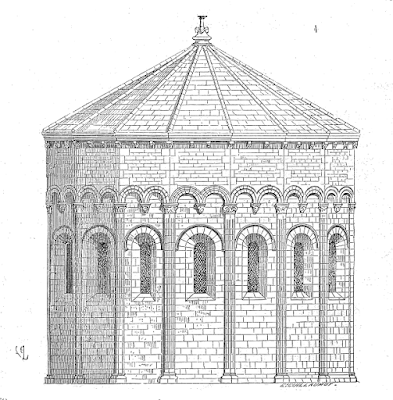 The Apse is the terminal end of a choir, church, or chamber. It's the period on the structural sentence sometimes referred to as the grandstand. As churches are typically shaped as building sized hallways with a door on one end and the center of worship on the other. It's easy to understand the symbolism of a linear journey from dank reality to beatific transcendence translated through the architecture with the apse symbolising the climax.

To mark it's importance, there is wonderful sacred geometry related to the apse.

The fun part about life now is how the book "By Hand and Eye" has opened my ability to see things differently that before. Combine that with hours spent laying out 17th Century carving patterns and the floor layouts shown in the text start to come alive with whole number ratios, complex layouts and fractal repetition of patterns and ideas set down more simply with dividers over any linear ruler, . 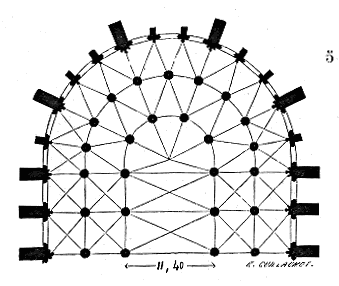 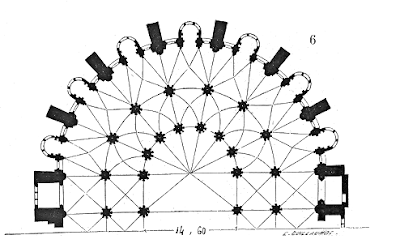 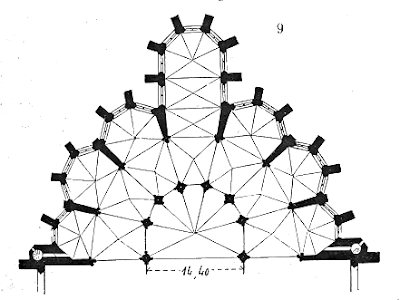 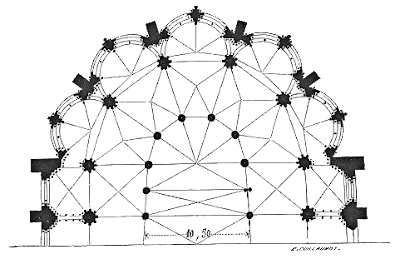 The cliche answer for the most important feature of gothic architecture is the design of the flying buttress, and it's not wrong, But the masterful use of geometry and fractal pattern repetition from the design of the building to the tracery in the windows are the most interesting pieces of the puzzle to me. 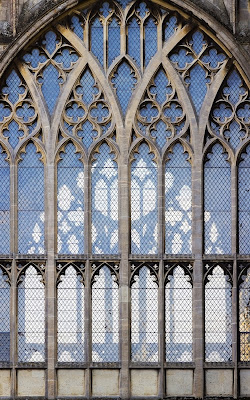 All of this just hammers home for me the importance of a pair of dividers as a layout tool and how it's something we've nearly lost as a society in our race to advanced computized perfection to the tenth decimal.

I also cannot wait to apply the sweeping concepts I see in my research to my own furniture designs and artistic ideas. First I have to get past this project of creating this book. It will be interesting to see what things I've assimilated when I come out the other side