I've been interested in medieval furniture for a long time, it really isn't just something I decided needed a better book and I could be the one to write it. I've been chasing the subject for a while. I started carving based on that search.

I started carving following Peter Follansbee and what he calls a "17th century style" based on the fact the work just felt medieval to me. I hadn't found any documentary evidence to back up those feelings, and most of the examples I work from are 17th century in style.

But dammit it felt right.

Today I was once again cruising through the British Library's collection of digitized manuscripts, this time I was predominantly looking for images of Noah, tools, and woodworking in general more than pieces of furniture. I found a manuscript Add MS 15268 that comes from Acre, an important city in the Christian Kingdom of Jerusalem. Acre was the capital of the Kingdom after the fall of Jerusalem itself. The information calls the manuscript 13th century, predating the fall of Acre itself in 1291. 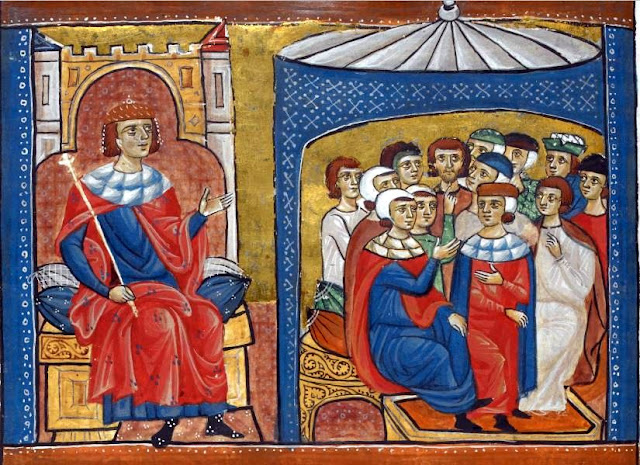 When I saw it I was struck by the details representing carvings on the edge of the kings throne on the right and on the side of the bench seat on the right. This isn't definitive proof to back up my suppositions regarding the style of carving I enjoy working in and 13th century furniture, but it's a compelling bread crumb.

The designs do have a bit more . . . middle eastern feel . . . I'm not sure how to comment on that clearly, but the basics are there of the "S" style carving and the feel imparted into a lot of the work I've done.

For completeness, here are some of the woodworking images I found in the manuscript. I love how the tools being used are pretty readily correlatable to more modern hand tools. I love the claw hammers in particular, but it's very nice to see a frame saw as well. 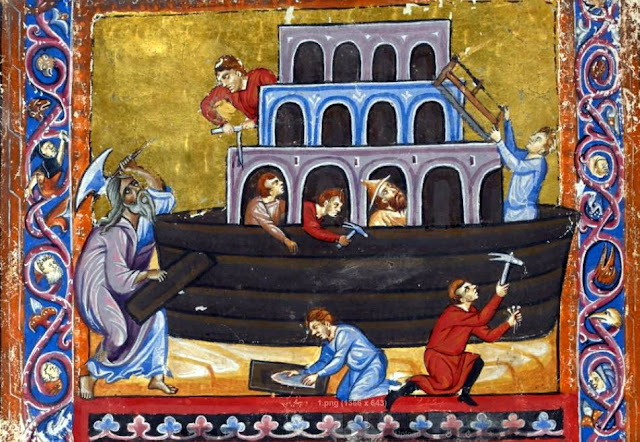