This morning, while doing more research, I found the most amazing manuscript that will probably have nothing to do with the book. It was created around 150 years after the Morgan Bible and almost none of the furniture shown correlates to the styles I'm hunting. That does not diminish the amazing detail or artistic competence shown by the artist.

The manuscript is a romance based on the character of Guiron le Courtois, A character from the French take on the Arthurian legends. He's a Saracen and contemporary of  the parents of many Arthurian characters. Apparently George Lucas was not the sole inventor of the prequel. 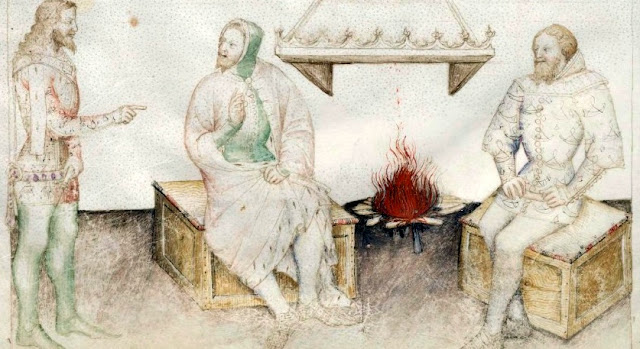 This particular manuscript is from Milan Italy and dates from 1370 - 1380. Sadly too late to connect to my other work. But the details abound are amazing. If you have an interest in reenactment of the late 14th to early 15th century this manuscript is prime source material.

The perspective is near perfect in the many illustrations, something a bit novel for surviving manuscripts, though by the late 14th c. that was evening out. but the detail including the wood grain.

There are two things about this I'm packing in to take with me.

One, if I understand the art historians books then furniture was always painted bright colors from top to bottom, but this manuscript tells a different story where colors are accents and there's not a fear of having wood colored wood. 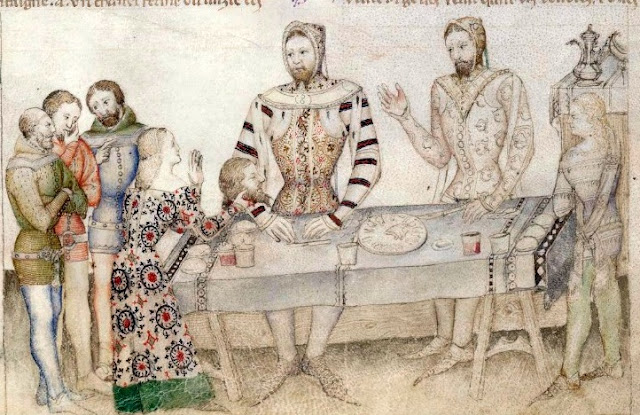 Two is that eventually, I may have to build this bed. We've been headboard-less for a long while and there's something about this one I like a lot . . . with some of my own twists of course. 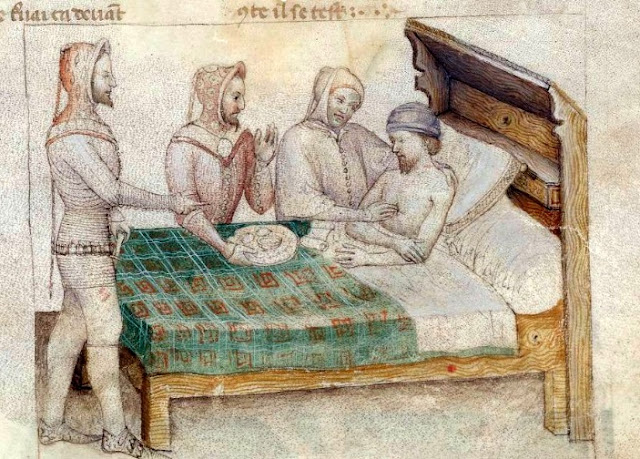 Here's one more. I like the covetto cuts for the legs, and sneaky Rasputin on the right.

But really, check out the National French Library's digitized facsimile for yourself. It's pretty fantastic.