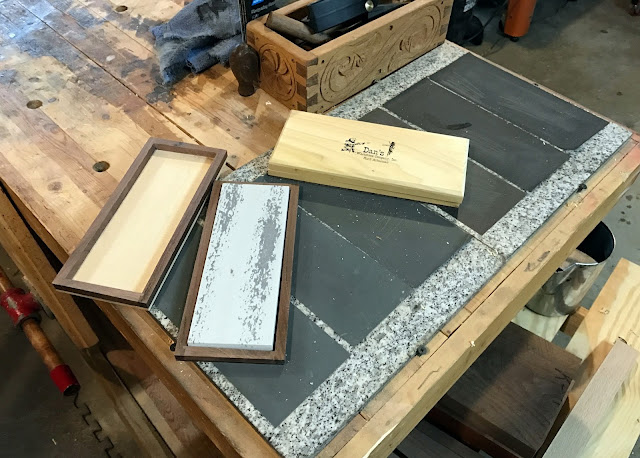 I land all over the bell curve in a large number of my life's pursuits, but one thing I am exceedingly good at is monogamy. I've been married for closing in on a quarter century. My pickup had close to 300,000 miles on it, and typically once I find a brand of something I like, from ketchup to underwear, I will go far out of my way to buy that brand.

Until someone sells the brand and it changes . . . it almost always changes for the worse. I hate that. But I guess that figures into my monogamy pathology too.

When I heard Chris Schwarz preach the concept of "Sharpening Monogamy" I was all in. The idea that your sharpening gets better, regardless of media, simply by sticking with one system works for me. The repetition allows you to refine your process and achieve good and repeatable results. In the end a consistent result is probably the most important and undebatable aspect of sharpening there is.

For a long time I've been sharpening using grades of automotive sand paper. It's a great place to start sharpening. It has a low buy in price and you can create excellent, repeatable results and for a long time that's what I've stuck with. I use 6 grades of paper 320, 400, 600, 1000, 1500, and 2000 grit, I sharpen a bevel straight up in an eclipse style jig. No micro bevels. If the blade doesn't fit in the jig - I freehand it. I also lightly use David Charlesworth Ruler Trick.

I try not to make sharpening precious. It's a simple maintenance task to pass through and get back to work. However, because no relationship is perfect there are things I dislike about the system.

First, even though it's a cheap initial buy into good sharpening results, overtime it will become the most expensive method out there. It's a slow death from a thousand paper cuts but I'm sure since I started using the system around 2010 I've spent enough to buy into most other systems and then some.

Second, and the final deal breaker. All sharpening systems are inherently messy. Oil or water and steel slurry are part of the deal with stones. Sandpaper involves stinky spray adhesive, fine particles of steel dust that can become airborne and changing out the paper regularly. I use flat marble tiles as my substrate and over time I've gotten so tired of the process of peeling the old paper off, scraping the dirt and remaining adhesive off, then spraying and gluing down new. If your aren't meticulous all the way along the process the paper bubbles or wrinkles, even imperceptibly. As you're applying blade to abrasive, the corner of the steel will inadvertently catch those areas, then tear and lift up a triangle shaped m()th#r-fu@&er (so named in my shop).

There is no good repair to these tears, even in a fresh sheet and you're back to either peeling, scraping and swearing or sharpening around the defect. Both are shitty options.

A while ago I decided it was time to end the relationship, for the most part. Though it was the right decision, it was difficult to decide on a replacement. eventually I sat back and decided I've never been steered wrong by considering what my Grandpa would have done. He wouldn't have had a thousand waterstone and diamond infused plate options and twice as many voices proclaiming a better way. He's have gone to the local hardware store, bought an oil stone or two and some honing oil. Maybe polished the blade on a leather strop. 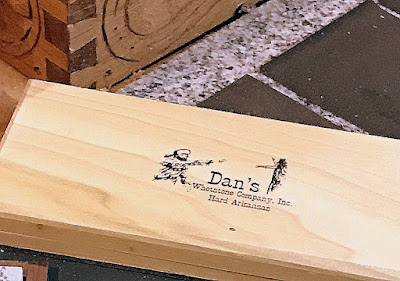 Yesterday the mailman delivered two new stones. Today I'll  go about making a dedicated tray to hold them steady in use, Then I'll start touching up a couple chisel and plane blades. There might be a small return learning curve as I learn a new partner's proclivities, but I'll figure it out. And it i take care of these stones, they'll probably take care of me until the day I can no longer pick up a tool. That's a comforting thought.