To say this without ranting, a few years ago my bandsaw broke, unrepairable and unsupported by the company that slapped their name on the side of the POS and my resaw world has suffered for it. As I weighed my options I decided that a meat powered frame saw might be a better way for me to go. 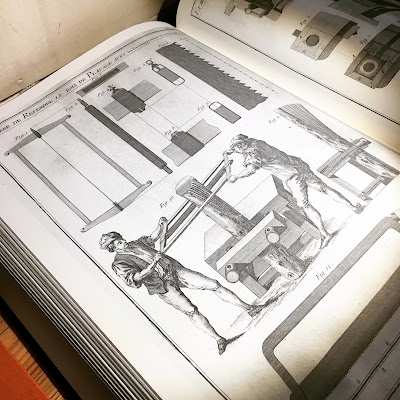 I rolled that around for a while until I was able to get my hands on a resaw and kerfing plane kit from Bad Axe Toolworks last early fall. Mark Harrell had recently revisited and retuned the kit as a whole and had all the parts and pieces up to his usual over the top quality. The man doesn't know the meaning of the word compromise.

Since I was just setting up shop yet at the time I decided working on the kerfing plane part of the package was where to start. Tom Fidgen really is the pied piper of the resurgence of these tools in hand tool woodworking circles and the kerfing plane is the key to making resawing a more reliable operation. the shallow grooves made by the kerfing plane help keep the resaw blade on track and reduce the skill buy-in factor.

The original kerfing planes I saw had arms and an adjustable fence like a plow plane. This seemed ok but a little fiddly to make in my shop. But I'd also recently snapped up a set of match planes and tuned them up to work on 3/4" stock. Now I was inspired. 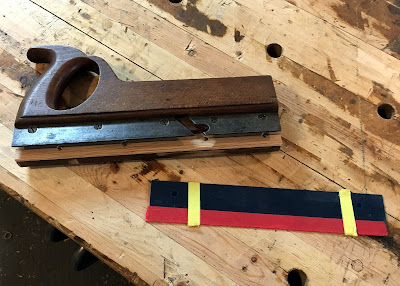 I wanted to make a dedicated width kerfing plane, but I wanted to be able to also cut kerfs for three different common thicknesses I use. The answer is to make three different plane bodies and just be prepared to swap the plate out from one to another. 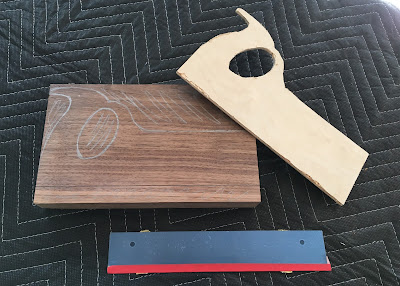 Since I like those match planes so much I decided to use them as the pattern for the kerfing planes themselves. I pulled some walnut chunks off the pile and milled them up in preparation. 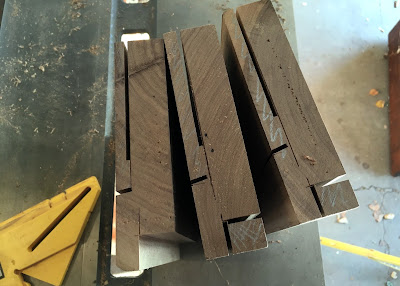 I used my tablesaw to consistently set the repeated cuts to remove big swats of the stock. I completed all the cuts with handsaws and cleaned things up with some chisel work. 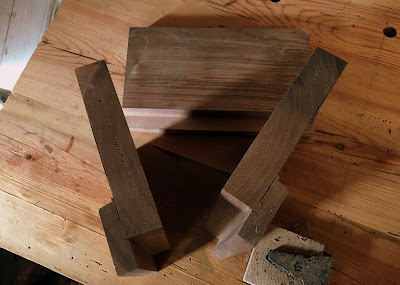 Once the basics were done I recreated a couple details from the match planes. This little finger groove along the top of the fence is a nice touch that figures into the comfort of using these tools. Those old planemakers really knew what they were doing and I'm lucky to be able to stand on their shoulders. 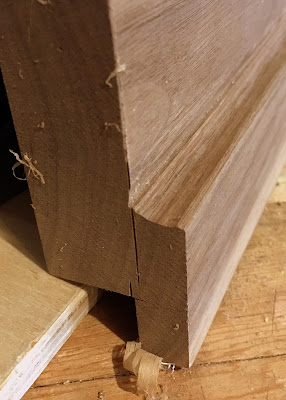 There were still a couple problems to work out, shaping the handle and fitting the blade square to the fence and I'll write about those things soon.

Thanks for hanging out while I took a break. It's good to be back and re-energized