I should be doing other things, so many other things in the shop. I have a book to build furniture for, I have a second speculative book I have to make accurately constructed Viking Shields for. I have a few commissions to fuel the fire, but I have dipped my head into the ocean that is chairmaking and I might be lost at sea. I've always wanted to make chairs but didn't consider myself ready. I started to think it was possible after reading "The Anarchist Design Book" and so I began studying and buying every book I could find on the subject.

Eventually a reprint of "Welsh Stick Chairs" was made available and it proved to be the lever big enough to get me moving. Now it's all I think about and all I can draw in my sketchbook.

I'm building a set of Boarded Chairs based on some medieval manuscripts, similar in style to a Moravian Stool (and very different) I had one fail on me and while I was sourcing new seat material I started a different style of chair. a Stick Chair based on a unique survivor known as the Bodleian Chair. 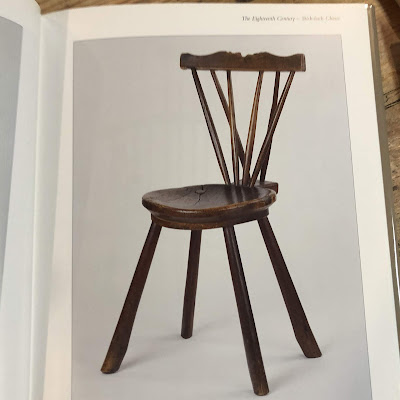 This last Thursday evening, before I had to quit the shop for the night, I set up a dry fit connecting the crest I had worked out to the seat. 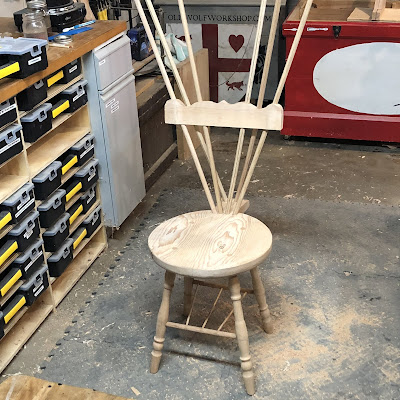 I hated it. It wasn't what I wanted. It didn't match the vision in my mind. It turned the seat, legs and undercarriage I had worked hard on into trash. It looks better in the photo here than it did to me in real life. Then two things happened:

1) I had to work my real life job for 3 days. I rarely make it to the shop on the weekends because I pack a whole work week into those 3 days. This gave me time to think about the chair A LOT but not go look at it. I could only revisit the photos I posted on Instagram. This made me ponder ways I could fix what I considered a wreck. 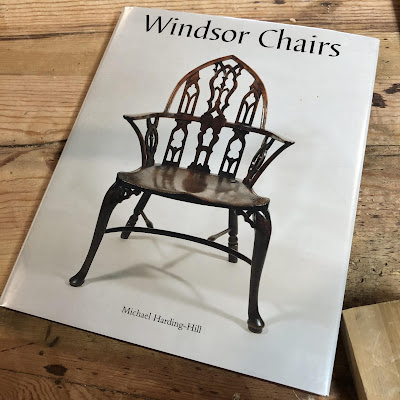 2) On Saturday a copy of “Windsor Chairs” by Michael Harding-Hill was delivered. The book has a nice two page close up of the original chair. Up to this point I had been working from some scant internet sources and a line drawing from “English Windsor Chairs” by Ivan G. Sparkes. 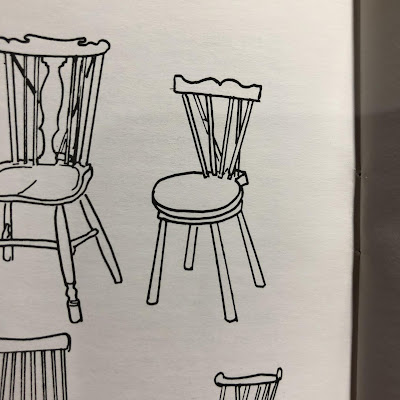 The Harding-Hill book had a few notes on the chair itself. Including the fact the second tier or lower level to the chair seat had been added later to repair/reinforce the original. The larger photos struck home the “vernacular” feel of the chair. The hand worked surfaces. The scratched bead on the bottom of the crest. The ?tree-branch-ness? of the legs...

These factors combined to create the "specialness" in the form I saw at first. The notes that made me drop everything to build one. The obsession has felt a bit like the currency I imagine between a junkie and their own drug of choice.

Stepping back into the shop this morning I just sat down and stared at the dry fit. The days of thought had created some solutions to the build problems in my mind, but I wasn’t sold they were worth the effort. The chair is in limbo with two possible outcomes.

I could finish the back, tweak the issues but live with the overall problems. Maybe the chair will survive and maybe it won’t. Or I could fill the holes drilled for the back, cut off the Goldfish Cracker tail, and have a decent, but generic Windsor-ish stool. It’s easy to take the sure path. There’s a lot of effort into the chair that’s wasted should it go awry, but effort is a currency I have to spare.

The spirit of the original is evident. I’ve decided to follow the example there and carry on with the crest I dry fit, with some tweaks of course. I the end it will blow up or it will sit, but I will have learned and I will be past it.

So I knocked the dry fit apart and set about carrying on. It was the only sane thing to so.

Turned out I managed to fix the rungs and crest on what I hope will finish up as a nice little piece. 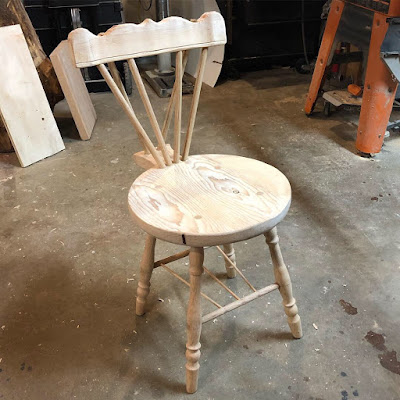 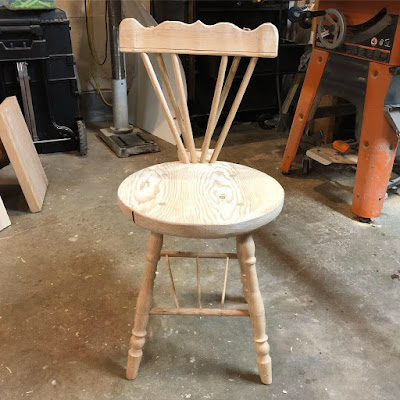 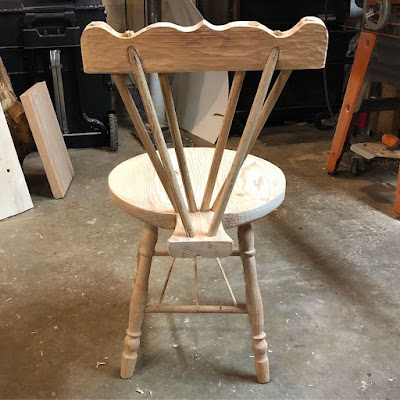 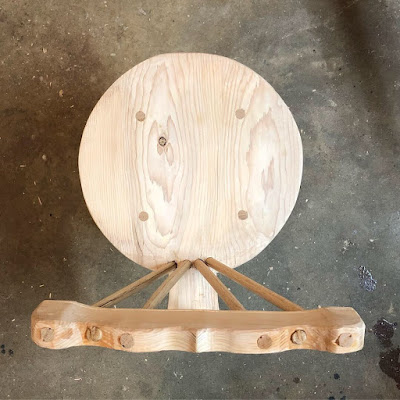 All it took was a little faith.