Not what I sat down to write this morning...this round's been in the chamber a while, I guess it finally triggered.

Sponsorships, or the illusion or assumption of them is a weird stigma inside this smallish hand tool community. There is a general distaste for them, especially for someone at my level of exposure. Yet everyone can still love Nick Offerman no matter how many Sling TV commercials he makes. I realize there are differences, of course there are differences. The man is practically a sawdust demigod alongside Norm and Roy (All Hail!) But there are similarities that involve making a space in this world using your passion and creativity and still providing for yourself and your family.

A few months ago I had a conversation with another woodworker who I won't out. He'd dipped his toe into a social media sponsorship with a major tool company and the reception was problematic. Not only did the trolls roll out in full picket force with the standard "I Will Unfollow You" cease-and-desist threat. (Go right the hell ahead!) but in his own right, there was something, compromising is the word, about the situation. Buyer's remorse right out of the gate and I think and that's a tough place to stand.

As an audience member I understand wanting something "pure" when you're paying someone with your time and attention on social media (and yes a blog is social media too) because the medium really thrives on one currency: authenticity.

True or manufactured, authenticity is the only line I've ever been able to draw as to why some things work and some things don't. People want truth, seemingly better yet if it's the near fabled "purity" of the starving artist steadfastly painting Nude Lady Madonna Candles (in various scents) because he can't bring himself to do anything else. Woe unto the fool that drives their perceived authenticity into the Uncanny Valley. Even the perception of a trade of goods, money, or services for that golden nugget of honesty rubs the plating off and reveals the tin underneath. The taint of sponsorship can be unredeemable.

I don't have a perfect thought on this issue. Chris Schwarz's journalistic integrity has made a hard line in the sand and I appreciate that, and his high standards with a standing ovation. Still there are many grey areas and too many factors for just me to wrap my head around. It starts with the thought that I have never considered myself a journalist, I feel more like an entertainer or a storyteller, and sometimes I'm able to trade a story and a dance for a little attention.

I hate having to think about it. I'd rather draw my illustrations and build things from wood than try and sort it out straight but there's this little voice that thrums away in my ear and worries about what the Right Thing looks like. What if there is no Right Thing? The water is muddy and just as fraught as considering the ethical implications of getting paid an hourly wage to help save or better someone's life, something I do in healthcare, in an operating room, 50 weekends a year and have for the last two decades.Helping someone in these circumstances should not be a question, Of course the right thing to do is pour my all into the moment and work as part of the team to do what we can.

And yet I buy my comic books with money earned doing a service that feels like it should be done simply because it's the right thing to do. Most of us learned the fable of the Good Samaritan growing up. Still, I've put in time, paid money for education, and sacrificed other aspects of my life. I probably deserve a wage in trade for my collected experience and skills and you can bet if tomorrow the hospital told me I was now a volunteer I'd be doing something else really fast.

Where does it end? Clearly I struggle with all of this. Welcome to the inside of my skull. (He says as he peels back his scalp and a flap of bone to show the bright neon VACANCY sign inside.) 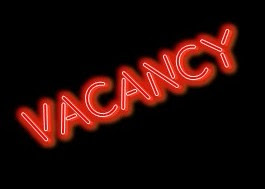 I try to be a good person, to make the right decisions and to do the right things. So here we are and with all the authenticity I can manage to muster, I'm writing but my conscience is driving...

I love my Bad Axe Saws. I have an emotional attachment to my Bad Axe dovetail and carcass saw (though I'm not over fond of the Stiletto and Bayonet monikers) Almost every saw I own is from Bad Axe. I consider that area of my tool chest to be an embarrassment of riches.

My common advise to those starting in hand tool woodworking is to buy old user grade tools to fill 90% of your tool chest. Its easy to get good returns on sweat equity when restoring many hand tools. Planes, chisels, layout tools, Buying new is fine if you're Bill Gates, but buying used and putting the time in to bring them up teaches you so much more about the tool itself. And canresult in something as good or better than anything you can bring home from Woodcraft.

Saws are the 10%. They are the only tool I advocate you swallow the sugar and buy new (or refurbished by someone who knows their shit.) Reason is there is a whole set of tools and skills required to get a saw singing. Including finding or building a saw vise, restoring a tooth setting tool, and obtaining good files that won't die a quick death after half a pass down the toothline.

As a dollar to time investment buying the saw just got me running so much faster and to know how a well set, well sharpened saw is supposed to work, you realize things you didn't know. Like the first time using a well sharpened chisel, all of a sudden the operation clicks. This was my experience starting and I'll bet it was the same for many others.

I started out as an normal Bad Axe customer. My advantage is living in the same city as Mark so naturally we got to talking, fairly regularly. By now I've spent time hanging out in his shop, I've shot the shit with him over many beers and I consider him a good friend. He calls me when he's near the final production on a prototype and I spend a few hours cutting wood and giving him my opinion. To my favor I have caught some issues in the final stages before things made it out of his shop to others. I've always been just happy to do this because its fun.

I have done work for Mark. I've done some photography and some illustrations for the book he's currently writing. I've photographed classes he's taught and taken glamor shots for his website. On a couple occasions I've stood in as the guest instructor for the Sunday Skills portion of his Saw Sharpening Seminars and helped people make Roubo Book Stands

I've done some of this work just because and I have also taken saws in trade for this work.

The big thing is Mark now employs two of my children. Yes, 2/3rds of my offspring make up 3/5ths of his workforce. (That equation doesn't count Mark and Yvonne) I'm very good friends with James (the last 2/3rds of my equation) He's over at my house at least once a month for Dungeons & Dragons night and he's hung out in my shop many times.

You could say I do have an interest in the continued success of Bad Axe Saws considering it supports three friends and two children. This is WAY beyond the fact that I own plenty of the saws.

I maintain what I believe is a clean opinion about Mark's saws. I've tried all the competitors, yes ALL the competitors, past and present, (this is also due to this friendship) and he sets the standard everyone else is chasing. However, I understand how anyone would take my connections and cast shade on anything I say or write or produce, even if it's simply a picture of me cutting dovetails. I have no real way around any of that and mostly I'm tired of feeling apologetic and contrite.


What I've witnessed and experienced is the look on anyone's face when I put one of my saws in their hands. Naturally my saws go with me to demos and to teach classes and I like to teach people how hand sawing isn't sleight of hand. Whether it's an experienced hand tool user who just hasn't tried Mark's saws or someone who hasn't cut with a sharpened saw before and believes it's super hard work the look that follows tells all. They start the saw and sever the wood and wonder shows through their eyes and smile. My tips and pointers may have put them on the road but the quality in Mark's saws was the gas in the engine.

No one has looked at me and told me I'm full of shit after they've made a cut, or many cut's with one of my saws. Usually all I hear is akin to "Wow!"

I don't consider Mark a sponsor, not in any traditional sense. I consider him friendly support. I've traded or paid for everything I have from his shop and this lays every entanglement I have out in the open. Cards on the table. I'm not gonna feel sheepish about things any longer.

Obviously I've been thinking about this too much, and for to long of a time. Soon it will be back to our regular program here, if there even is such a thing.