It's finished and I am very proud of this one. A few more of these document chests or bible boxes (call them whatever you want) and I'll feel prepared to move on to a whole joined chest. But first, there will probably be a foray into joined stools (Thank you Lost Art Press) 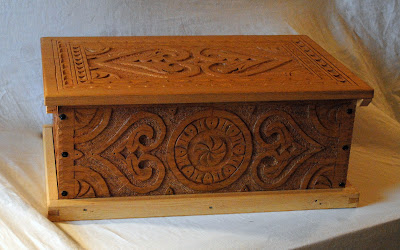 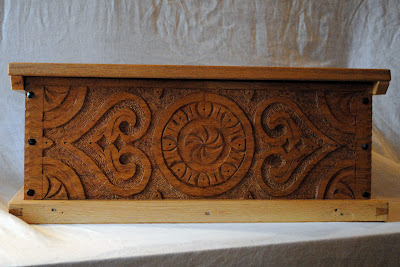 Ever since the book "Make a Joint Stool from a Tree" came out 17th century furniture has been under a lot of discussion and I have to admit I was surprised to hear some of it. I expected to hear words like impractical and people claim that green working is not appropriate for craftsman making furniture less than everyday. The one word I was not prepared to read was "ugly." 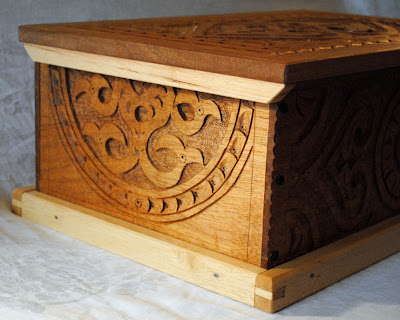 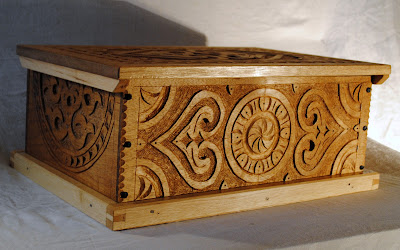 I can remember the first time I stumbled across Peter Follansbee's blog I have been smitten with 17th century style furniture. From the joinery to the carvings, especially the carvings. When I first saw his pieces I thought, now there's something I really want to be able to create. 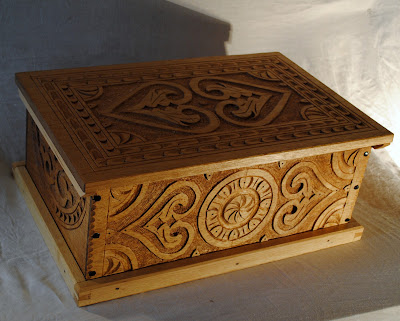 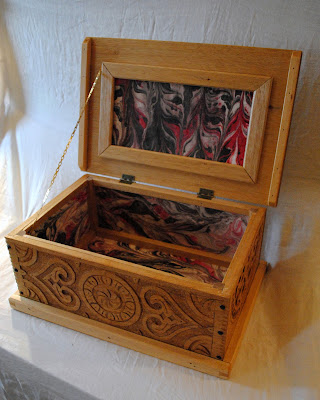 I like 17th century furniture most because in today's modern age it looks refreshingly new and different. Look into any book on antique furniture and you will likely find a timeline showing the development of furniture styles, often starting with William and Mary baroque styles and pushing forward from there. It will hit on Chippendale, Queen Anne, Federal, Shaker, Craftsman, and Modern styles and at least a dozen more. If you take that list of styles and go to any large furniture store filled to the bursting doors with mass produced, disposable furniture you will find some watered down version of each style represented. 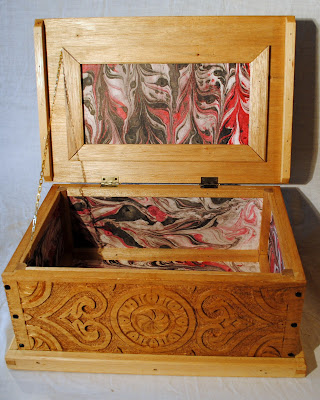 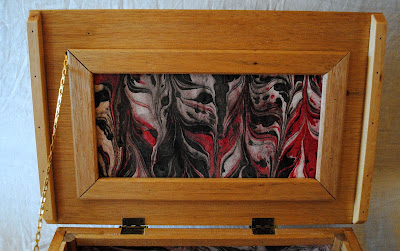 I have never seen an attempt at 17th century furniture in a press board, paper veneered fashion. I don't believe that's because it's "ugly" I believe it's because it's too difficult to mass produce even a watered down piece of this style. I suppose it could be done, but why should corporations go to the bother when they already have so much other crap, built to the lowest common denominator, to convince you to buy. 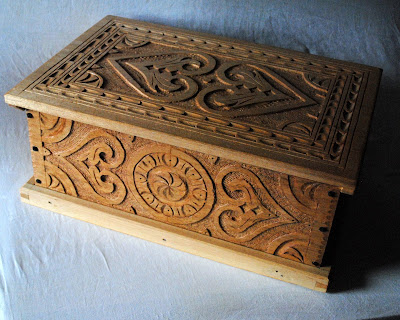 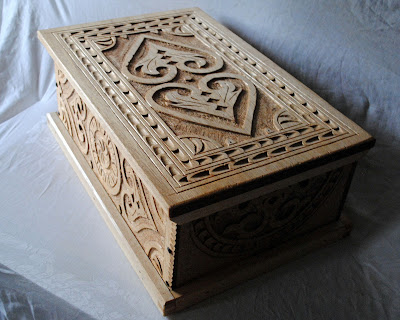 The eye is drawn to these pieces, the carvings give it a feel of authority and antiquity, the construction is straightforward and strong. They carry a weight to them that is beyond their physical presence. Set in a room with other furniture styles and they instantly become the rock star of the room, everyone notices, everyone comments, most come up and brush their hands across the carvings. The style stands out like a bright red in a field of muted grays. 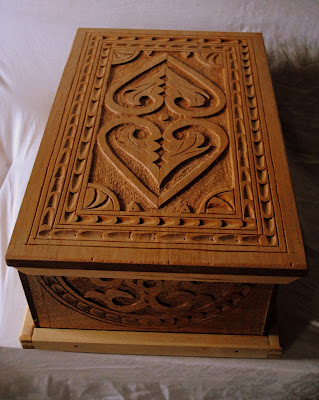 I'm not sure if you can call what I do perfectly 17th century either but I'm not working on reproductions as much as "work inspired by..."

I have always had a desire to create things that are different, things that stand out from the background. In my current explorations I've found my way of moving forward by looking backwards. Inspired by Follansbee I have delved into my own research on these furniture styles, buying or borrowing many books and visiting some of the original pieces in museums. There is so much more depth to this furniture style than I think most people realize.

My wife often accuses me of being born in the wrong century, sometimes she looks at me like I just stepped through a time portal stretching from somewhere in the 12th century, and she might be onto something  You don't have to agree with me, but to my medieval eyes the carvings and furniture look beautiful and desirable, no candlelight required.