Taking the Till To School

I have been building my oldest daughter a version of the School Box from the book "The Joiner and Cabinet Maker" If you want to catch up on all the posts they are collected together HERE, in reverse chronological order so if you want to see what came before this post, you have to keep scrolling down.

I've been making lots of boxes lately, most of them carved, bible box style boxes. But I haven't fit a till in one for a while. I had to look back to find the last one I built, it was for the Medieval Style Hutch Chest I built a little over two years ago. 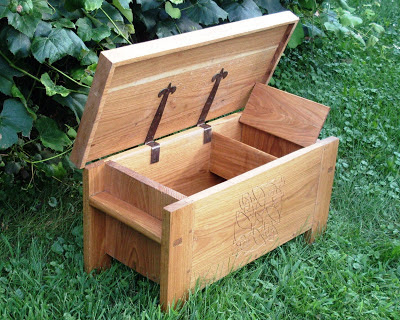 That one had a lid, fixed with pin hinges. This time I was forgoing the lid. But I still had to make the stopped dados for the till. 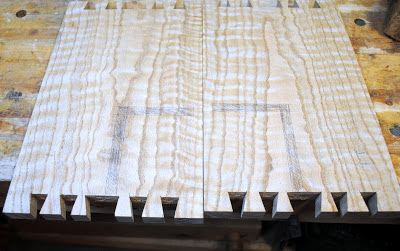 First I measured and penciled in for the 1/2" dados. There is no secret or magic to the layout, I played with a couple 1/2" wide pieces of scrap until the spacing felt right. 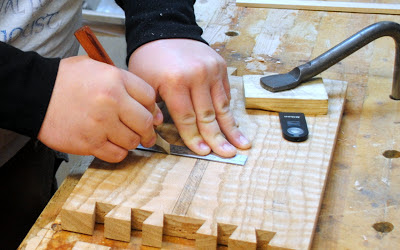 I have been getting to like laying things out with a marking knife more and more. I started using them because I had read many woodworkers I respect write about how wonderful and accurate they were, but it was a tougher sell for me. I would start using the knife and before too long in a project, I would switch back to my trusty mechanical pencil.

I am up to about 60% knife and maybe 40% pencil. I still like to scribble in my waste area so the pencil is always near anyway. 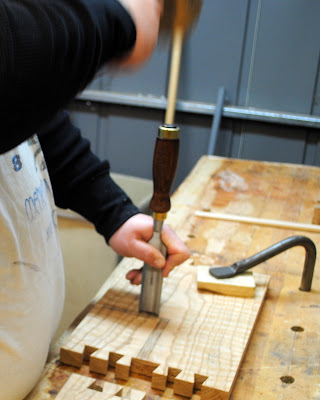 After setting the lines with the knife I deepened the walls with a wide chisel. Often I would saw the walls down with a stair saw or sometimes a back saw but because of the stopped dado nature of the vertical till side, this was the way to go. 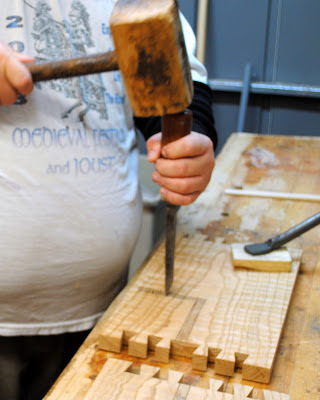 After setting the walls I used my big 1/2" mortise chisel to chunk out some of the waste. 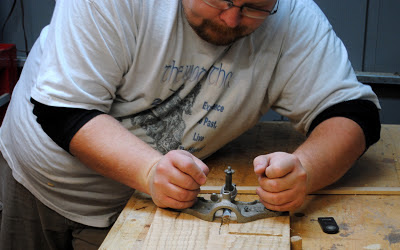 Then I cleaned down the rest of the way with my router plane. 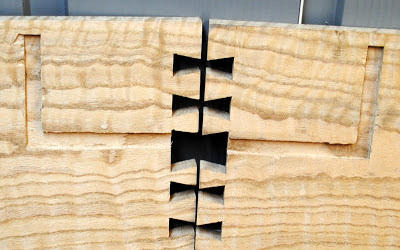 I took a straight grained piece of red oak and broke it down to 1/2" thick using the band saw and bench planes. 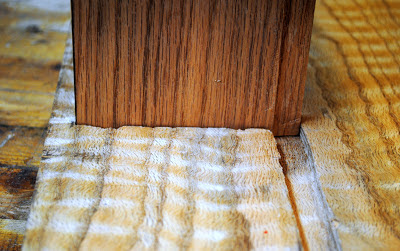 I rabbeted the bottom of the till wall to house the bottom. This makes a nice corner on the inside that won't gap and allow small things to fall through. 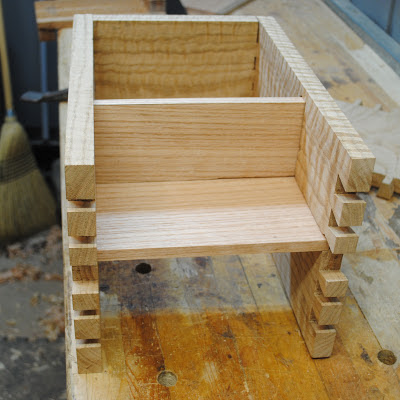 Everything ripped and fit to size. 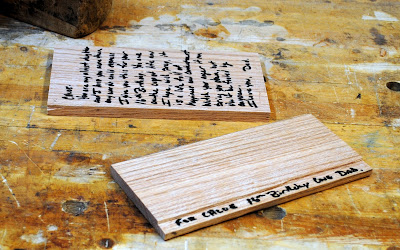 A while back I started writing on my work, but not like you think. I started writing in places that no one can see. I write on the inside faces of joinery, behind moldings, and in other odd places. Thos. Moser got me started after I read a passage in his book about him doing the same thing. I wrote about the idea HERE. It's putting just a little more of myself into the work. This piece, being for my daughter was no exception. I took the chance to write a whole letter on the bottom of the till, on the underside.  I also wrote in the rabbet. 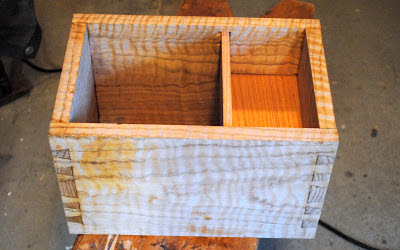 Once the dovetails are glued up with the till wall and bottom sandwiched in place . . . 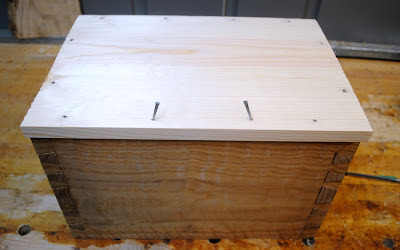 . . . and the bottom is nailed on. No one will see those words until the piece falls apart. That should be a long time from now. But Chloe knows it's there, in fact she asked me about it. "Did you write something inside this one Dad?"

You bet I did. 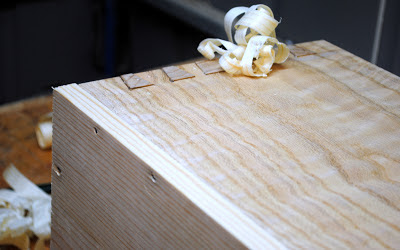 With the pine bottom nailed in place it was just a matter of planing it and the proud parts of the dovetails down flush with the sides.