Project bucket lists are a subject that gets broached by woodworkers and bloggers from time to time. It is a good exercise to go through and though I've started a post about my list several different times, I haven't published any of those posts because they always seem, well, cliché.

But I was paging through my sketchbook / journal the other day and came across the last bucket list version I'd written a couple years ago and I was amused to see how I felt about the things I had on the list. I try to limit the list to ten entries, only for my sanity's sake if nothing else, and there were things on that list I had accomplished and some things that had changed.

That was enough to get me off the cliche train and writing another post, this one may even get published. 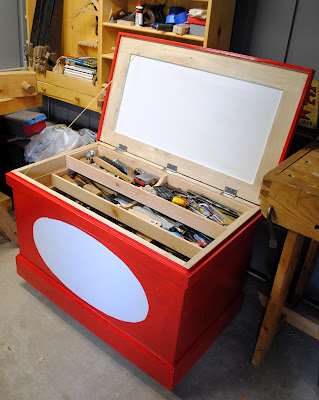 First the thing I was happy about was scratching a couple things off the list. A traditional tool chest has been on that list for a long time, it was good to mark that done. I also could remove 17th Century carved bible box from the list, several times over. 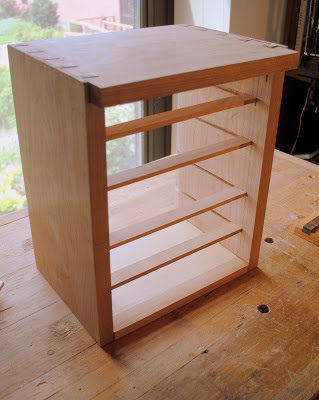 The other one I'm scratching off the list is a spice chest. I was a little hesitant because the one I'm working on is still in process, but I've finally worked my way through the design block I was having with the foot section and I'm ready to begin moving forward again, a soon as the weather warms a little and I get another carved box finished I promised for a benefit.

Life is full of roadblocks, but I guess that would be one reason why you'd write a thing like a bucket list.

In the end the things that amazed me more than what I had finished was the things that had changed on my personal priority list. I've changed and I've grown as a woodworker over the last couple years, and if I'm honest I just don't have a passion to build "that piece" any longer. If that's the case then it doesn't really belong on the list.

Casualties of passion included a Queen Anne Highboy, and a Federal Card Table. I think these made it on the list to start with because they are the kind of "high end" builds that you are supposed to want to build. I'm just not up for falling into that keeping up with the Jones's kind of stuff anymore.

Removing some things meant adding some things on and I put some real thought into the new list and why I should want to build what's there. I limited my self to a selection of ten, but I'm listing them in no specific order. Without making you wait further, here's the Oldwolf Workshop Woodworking Bucket List:

10. A Joined Stool - I'd really like to do this right and split the stock from a the log. Chair making seems as magical to me as slight of hand seems to a seven year old. This project seems like a gateway into that world.

9. A Pembroke Table with Queen Anne Cabriolet Legs and Ball and Claw Feet - Pretty specific I know but this project remain because it would give me work on several different woodworking techniques I want to challenge myself with, including engineering drop leaves and rule joints, making wooden hinges for the legs to swing out, making cabriolet legs, and carving ball and claw feet. That's a lot of sawdusty goodness packed into one bite sized crunch.

7. Campaign Chest with a Secretary Top Drawer - Yes, just like the one Chris Schwarz built for Popular Woodworking. I've loved these pieces for years and something like this has always been on my list.

6. A Nautical Desk - I've also seen these listed as a ship captains desk. They are wonderful takes on campaign furniture and a great example of cleverly fitting a ton of storage into a small space. Lots of places to fit and find secret drawers and compartments as well.

5. Windsor Chair or better Rocker - Again, chair making seems magical to me and the light weight but strong Windsor chair appears to be the pinnacle of those endeavors. How could you not strive to make one. I won't try and tackle it for many, many years. I have a lot of things already in front of me that have to take precedence, but that's what a bucket list is for.

4. A 17th Century Carved, Joined Chest - Again, I really want to do this right and get this stock right from the log, but I think it should come as no surprise to anyone who reads my words regularly that this is on here.

3. A Queen Anne Secretary - A while ago I bought a book called "English Furniture 1550 - 1760" by Geoffrey Wills. I'll admit I haven't read much of it but I pick it up and page through the pictures quite often, but the first time I did that I came across a piece I fell in love with and knew it belonged on this list. 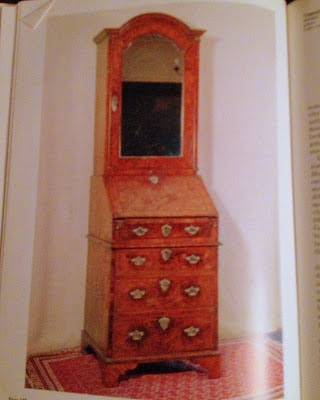 2. A Kubbestol - This is a chair dug out from a solid log. It's a piece of folk furniture that, as I understand it, hails from Norway, Sweden and Northern Europe. They are often carved on almost all of their surfaces. I saw one in a museum a while back and just the sheer effort and skill that went into its creation and the uniqueness in it's spirit told me I have to build one. I haven't worked out the logistics of it yet, but I think about this piece often. 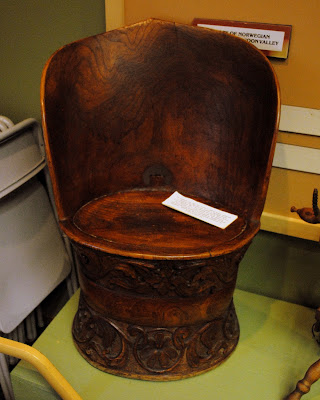 1. A 17th Century Joined Table - This table is part of the Chipstone Collection and I got to see it in person at the Milwaukee Museum of Art about a year ago and it is just a great piece. I was captivated in a heartbeat and I must have snapped fifty pictures of it to try and capture it's essence so I could try and replicate it later. 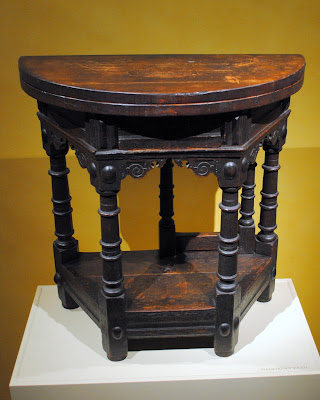 There you have it, and now that I've gotten this little bit of cliche out of my system, I can only sit back and hope it warms up a little bit here in Wisconsin so I can waddle my way back out to the shop and you can read about real sawdust making again.