A Finish To A Final Box

I just finished up a dovetailed chest of knotty white pine for a buddy of mine. The final intent of the box is a coffin for their dog Valen, who has lived a long, long life, and the chances are that some day soon he will be passing into the next one.

It's an odd thing to build something that will be buried in the earth before too long. It's an honor, but a strange honor. To compound on top of that strangeness, I decided to experiment with my shop time management. 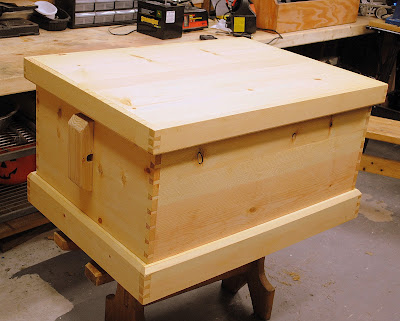 Setting up and taking photos can be a huge time sink for me. Don't get me wrong, most of the time the documentation is well worth it, but I wasn't really building anything new. It's mostly a smaller rebuild of a traditional tool chest. There were somethings I did new. Beckets for rope handles on the ends, but that wasn't earth shattering enough to break out the camera.

I really wanted to find out how fast I could work if I buttoned my lip and got to it. Turns out I can go pretty fast (at least in my estimation) By rough figures I estimate about twenty hours into this box from boards to finished box. Pretty decent, but I have to remind myself I only hit the essentials here and nothing more. If I were making this for someone's bedroom I would have been a whole lot more meticulous with the surface preparations. That can be a big time consumer too.

I did take final pictures though. 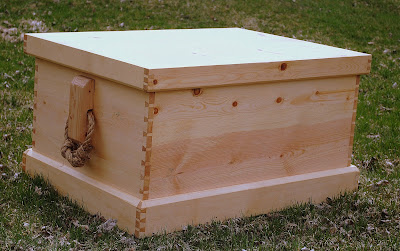 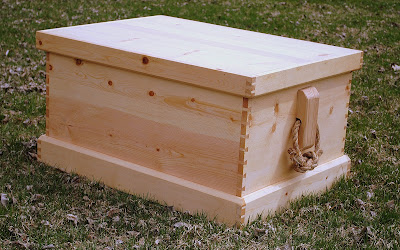 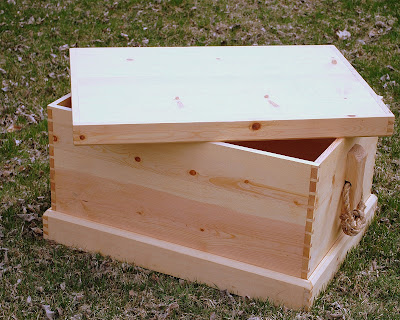 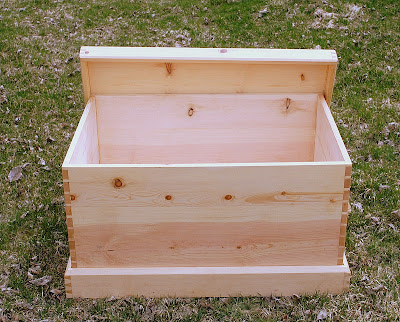 I did put a finish on the chest. One good coat of what I've come to call The Maloof Finish. It's one part each  tung oil, wipe on poly, and boiled linseed oil. I read an article written by Sam Maloof where he listed this. It's a good oil finish that has a great "touch" to it. Over the top of this I buffed on a coat of paste wax. I didn't finish the inside, no one wants to show up at the pearly gates smelling like finishing products. Sawdust maybe, but not oil.

I did for a while desperately want to paint this box black. In the end I got over that and decided the oil would be fine enough. 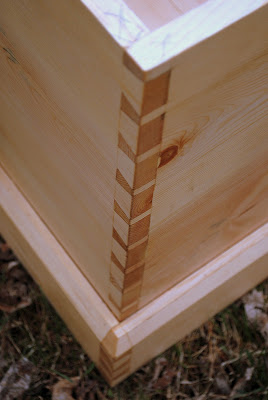 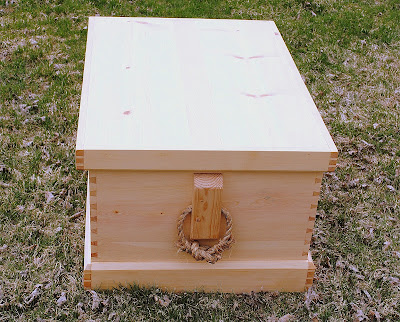 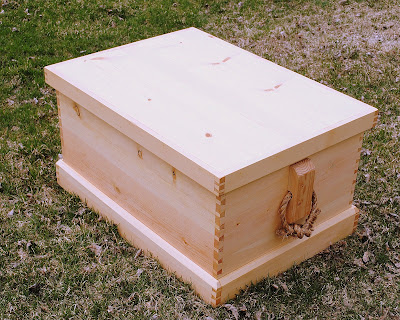 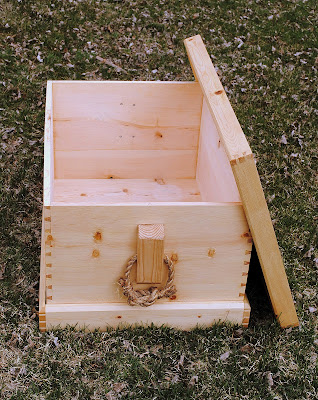 This was the first project I was able to push through the shop this summer, I got started just as the weather was barely starting to break for the better. It's very satisfying to have one down before the season has gone too far.

But enough of all this thinking and dwelling on the end of things. I'm off to go play a Sunday night board game with my kids.