I'm not sure how it happened, it's not my business. Somehow her husband had broken her grandmother's antique table during the past weekend. We were working together on a Monday morning at the hospital when she told me.

"Want me to take a look and see if I can do something?" I asked

I checked to make sure she was confident and let the subject drop for a while, but I kept thinking about it. It was gnawing on me. So I found her later to ask another question.

"What if I was to take the parts and use them to make something new?" I asked, "That way you could still have your grandma's table around, just in a different form."

She thought about it a bit and said that sounded like a nice idea.

We met a few days later and I moved the table and one of the matching chairs from her truck bed to mine. Then I drove it back to the shop and started looking it over.

Here's the parts of the table as they ended up on my bench: 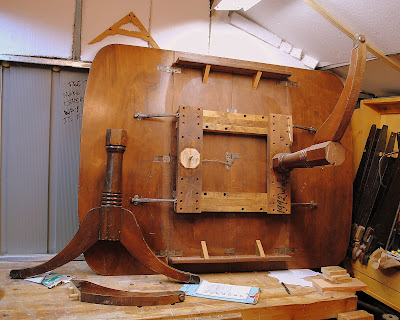 The leg on the left had been ripped off it's mounting bolt. 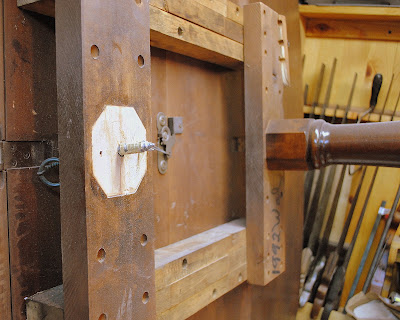 And the other leg had one of it's feet torn off. 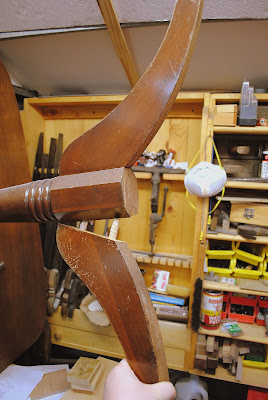 The hardware to work the drop leaves was interesting, I hadn't really seen anything like this before. 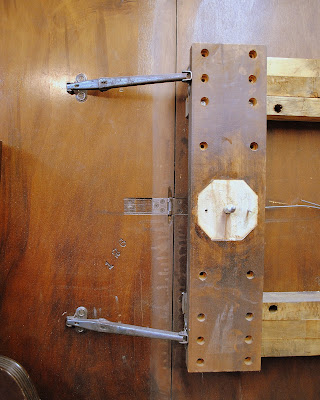 Unfortunately the cleat had broken off on the other side. 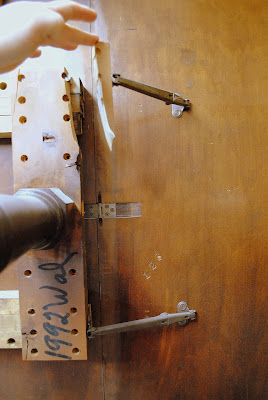 The chair was still standing on it's own power, but no one should have sat in it. 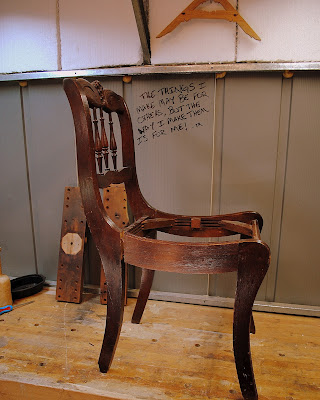 The dowel joints at one corner were broken completely. 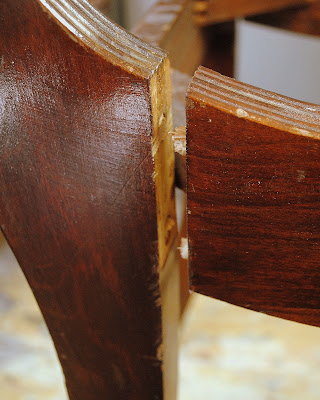 After stressing the rest of the joints, I was able to pull the chair apart into three pieces. 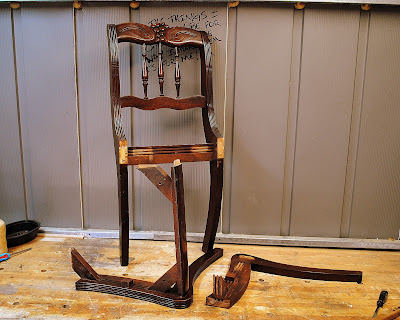 All in all, as I began to assess the situation, the diagnosis wasn't as bad as the owner originally thought. I'd have to replace a few pieces, I'd have to use a little hide glue, I'd have to do some serious clamping, but I was fairly sure I could resurrect Grandma's table back to fighting form.

I gave the owner a call and gave her the option, I could either try to fix the table and chair, or I could go with the original idea and use the parts to make something new.

She was tickled with the idea that I could fix the table.