From Cradle Of Wood To Coffin Of Wood 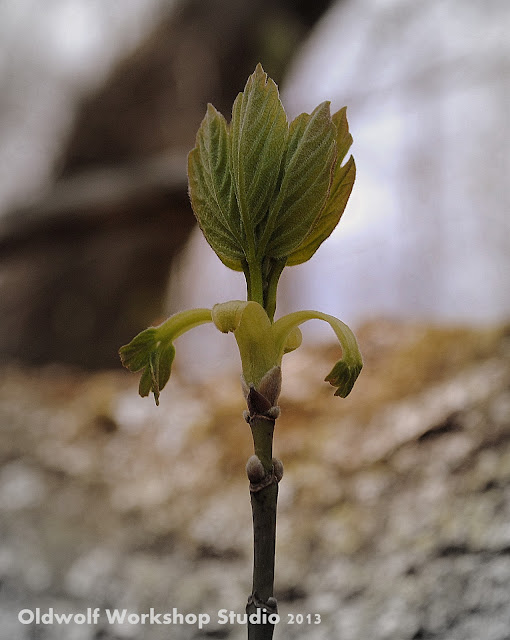 "That century of magnificent awareness preceding the Civil War was the age of wood. Wood was not accepted simply as the material for building a new nation - it was an inspiration. Gentle to the touch, exquisite to contemplate, tractable in creative hands, stronger by weight than iron, wood was, as William Penn had said, "a substance with a soul." It spanned rivers for man; it built his home and heated it in the winter; man walked on wood, slept in it, sat on wooden chairs at wooden tables, drank and ate the fruits of trees from wooden cups and dishes. From cradle of wood to coffin of wood, the life of man was encircled by it.

One of the remarkable things about wood is its self expression. Whether as the handle of a tool, as a dead stump, or alive in a forest where every branch is a record of the winds that blew, it is always telling something about itself. This is why man has an affinity with wood not only as a mere material, but also as a kindred spirit to live with and to know. The children of a century ago were expert at knowing trees and their characteristics; they grew up thinking of trees as having human qualities and, almost Druidlike, they tried to acquire the qualities of trees. A man might be as "strong as an oak," or "bend like a willow"; if he had proper "timber," he'd be one all the stronger from the winds of adversity.

Eric Sloane "A Reverence For Wood"

I've been reading this great book lately, I highly recommend you go find a copy, there are a lot of cheep copies out there online. "A Reverence For Wood" is a short book, I read it the first time through in an afternoon. I'm re-reading it over again now, taking it slower, digesting it more thoroughly.

It makes me think a lot of my journey from childhood up to where I am in supposed maturity. My current affair with timber is obvious, but it's a love affair I've carried with me a long time. In my young years I grew up in very rural, very northern Minnesota. I spent many hours in the woods, around one set of grandparents farm or the other sets cabin.

We moved from Minnesota to Nebraska and the farm house we rented had a small, scrubby, copse of brush / trees behind the house. I spent innumerable hours hiding from the summer heat in the shade of those leaves. Fallen branches were swords and guns as I rambled through the brush as the second incarnation of Indiana Jones.

We moved to Wisconsin as I started high school. Even though my thoughts were turning increasingly towards girls and cars, I spent a significant amount of time hanging out in a couple acres of trees covering the hill across the road. The area has since been developed into a manicured golf course, complete with surrounding McMansions. The sacrilege of this occurring on grounds that were once so very sacred to me makes me shake my head every time I'm forced to drive past.

I don't enter into relationships lightly. My wife and I have been together since high school and were married before either of us could legally drink at our reception. Everyone assumed she was pregnant, everyone was wrong. Everyone assumed we'd be divorced in a year or two, this October we will be eighteen years strong. My best friend and I have been in each other's lives since the early nineties. I drive and repair the cars I own until they're way past the point of saving. I've owned many cars and I've only sold one to someone other than the junkyard for scrap.

If I think about it, one of the the longest relationships I've had in my life is with trees and wood. It makes sense that I would find my way to an avocation that surrounds me with it.