To Build A Nest: Hand Saws

I keep a fairly minimalist saw nest of general purpose saws. Could I work with less, yes, and I have. But while some options are nice, I'm not interested in having a big pile of saws, all tuned to specific purpose, and have to maintain all those saws. A recent conversation made me start thinking about my saw choices and thinking my decision process may help others who are starting to build a nest and worried about drowning in the options.

I remember drowning in the options. Then I decided to just keep it simple and I've never looked back. The next three posts in this Saw Nest Series, will show all the saws in My Take of a small, but well rounded nest of saws.

To start this conversation let's talk about the big guns, handsaws. I keep three of them in my tool chest and in use. I inherited all three of these saws (and many other of my first hand tools) from my wife's grandfather Setles Koll. I got to know him for only a few short years before he passed. He was a tinkerer, fixer, and maker in the same way as many men from his generation. There are many times in my shop where I will grab one of these saws, my No. 5 Stanley, or another linked tool and think for a few seconds how his legacy of providing things for his family with the work of his hands has a chance to pass on through me.

Then I laugh at myself, and remind myself not to be so serious and to get back to work. 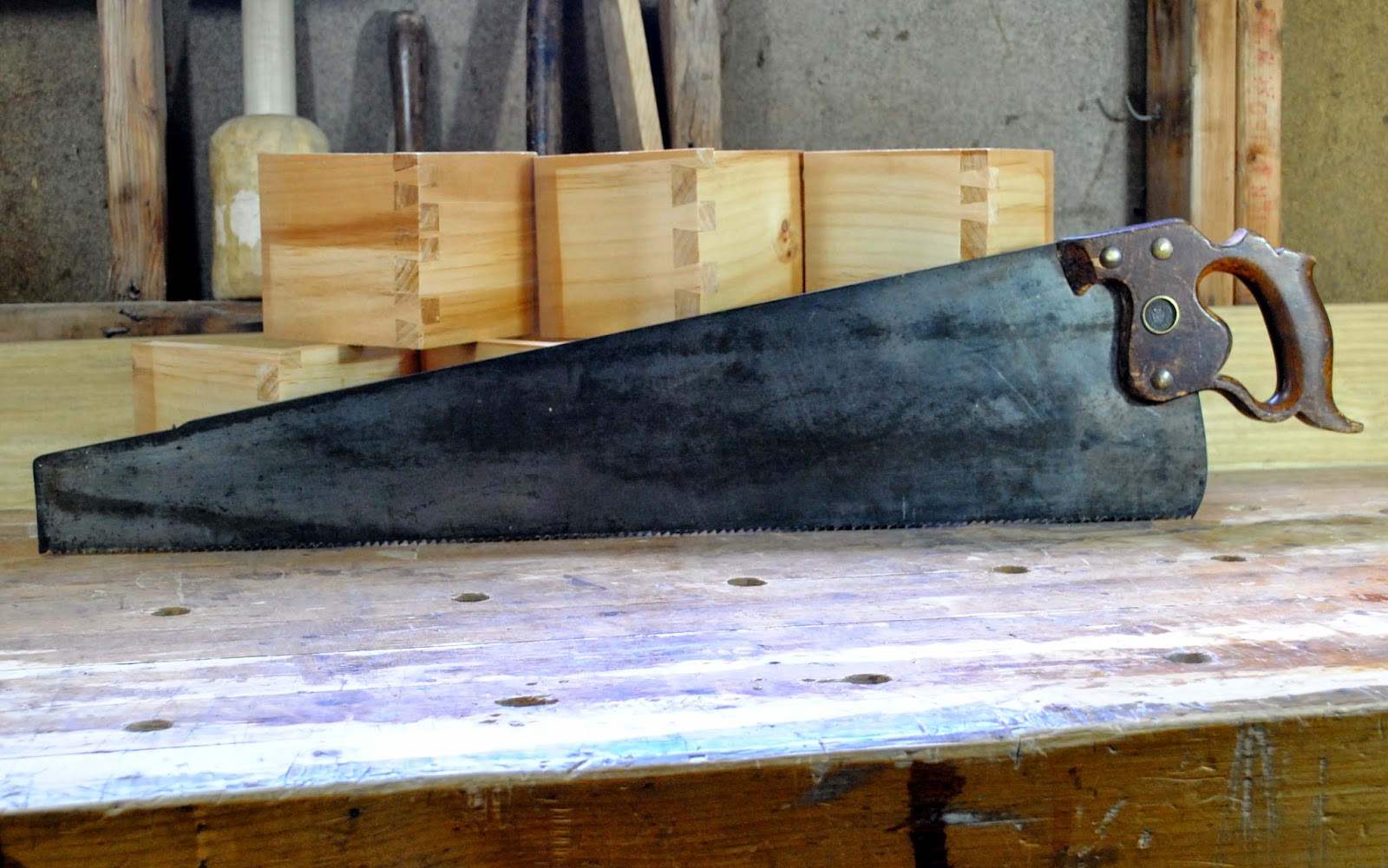 The top horn on the handle is broken. I did that myself dropping the saw shortly after getting it and before I ever considered actually using it in my work. I've considered fixing it many times but the truth is sometimes when I'm using it with a two hand grip I will curl my index finger over the top where the top horn should be.

The saw cuts really well and moves through a board quickly. It's my first go to for breaking down rough stock into propper widths. Here's a quick video of me dividing a three foot long 1X pine board in half for a project. At the end of the video you can even see me wrap my finger over the top horn's place.

The next hand saw is a fine toothed rip saw. Where the 107 is built for speed through stock, this saw is built for finer work leaving less clean up in the end. 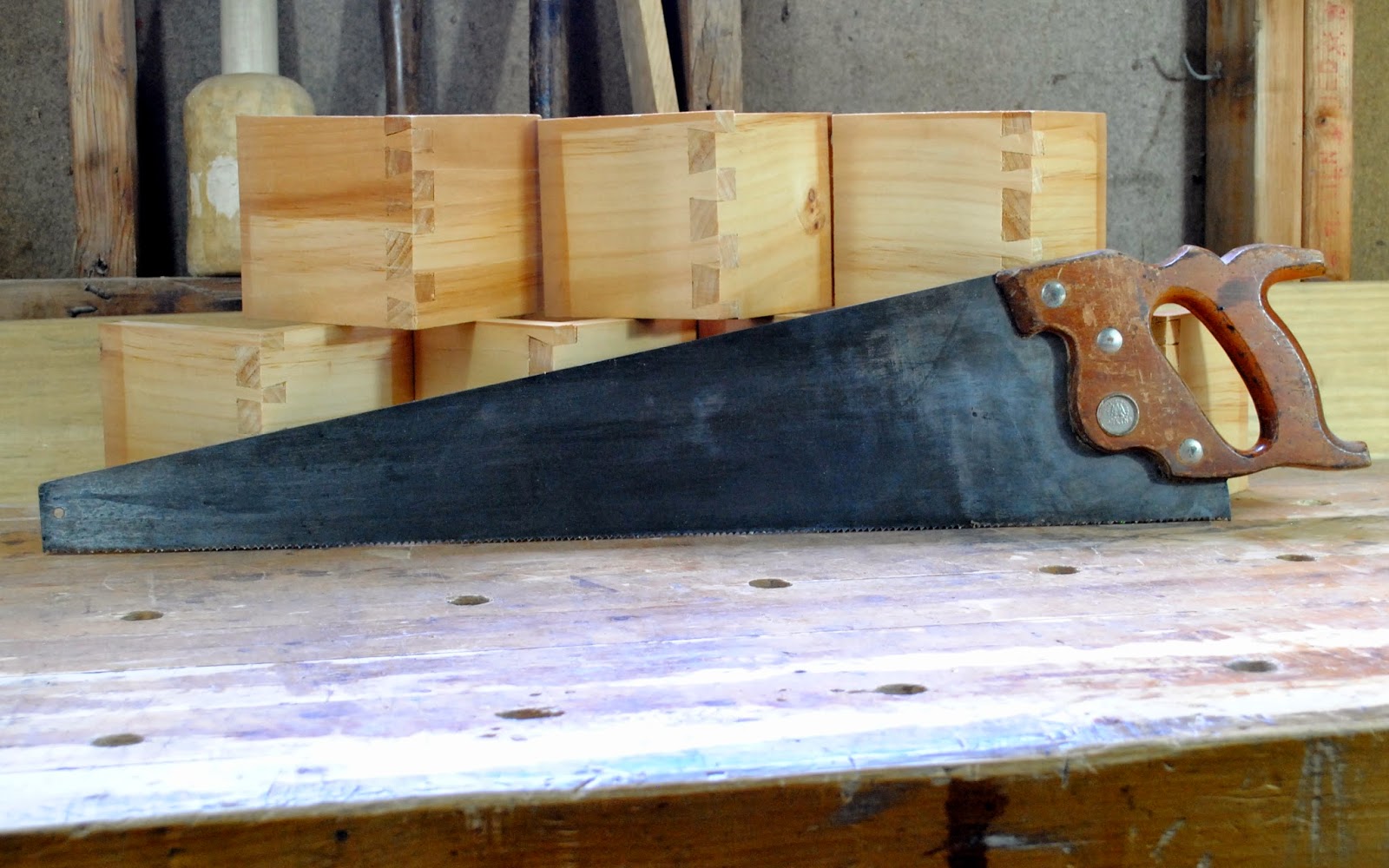 It's a 26" long Atkins with 8 PPI filed to 10 degrees rake and 4-5 degrees fleam. It doesn't get as much use as the 107 because I usually don't use it to break down stock, but it's there to rip a fresh cut moulding off the edge of a wider board and rip thinner stock, like drawer sides and bottoms to size.

This saw also works the best on the odd occasions I find myself cutting plywood. 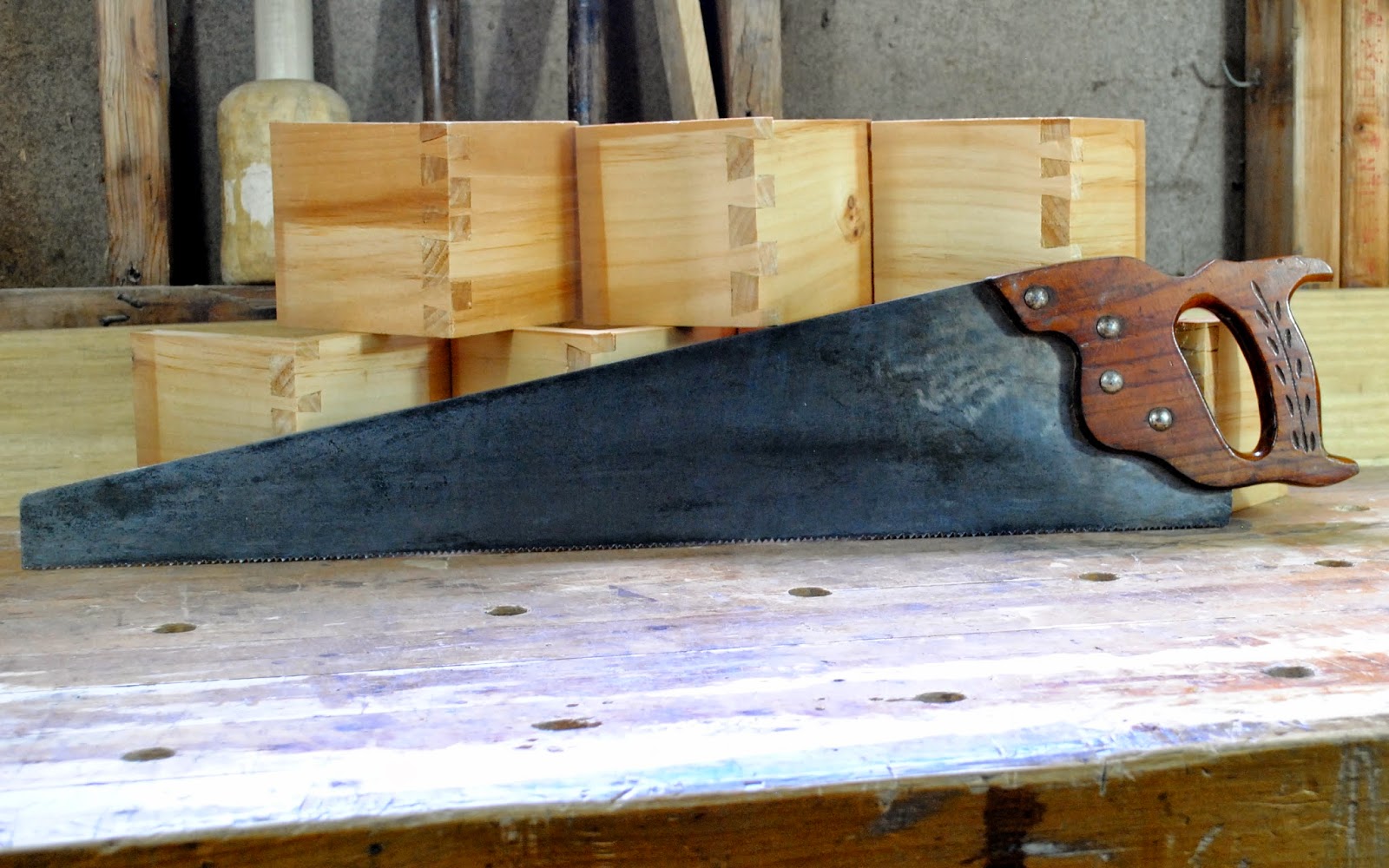 I keep one cross cut filed hand saw. Just one. It breaks down everything from dimensional pine lumber to fine hardwoods with equal gusto. Yesterday I used it on a 3" thick slab of black walnut, and a few days before it was standard grade 1X pine. I've found one cross cut handsaw is enough because I'll use my finer carcass saw or my miter box when finer cross cuts are called for. It's often one of the first tools to touch stock in my shop and it's definitely the one that gets used the most out of these three.

I believe this saw is a later Disston Keystone era saw, though I'm not sure which number because the back is straight instead of a sway back. The truth is, what name and number it has doesn't matter all that much to me either. It's 26" long with 8 PPI and filed to cross cut with 15 degrees of rake, 20 degrees of fleam.

That's it. Three, just three hand saws are all I need. I've sometimes thought about adding a smaller 20" cross cut panel saw, but I keep coming back around to the fact I just don't need it. These three handle all the duties I can ask of this style of saw and I can build anything with them.

Next up will be the ever popular Back Saw or Joinery Saw selection.