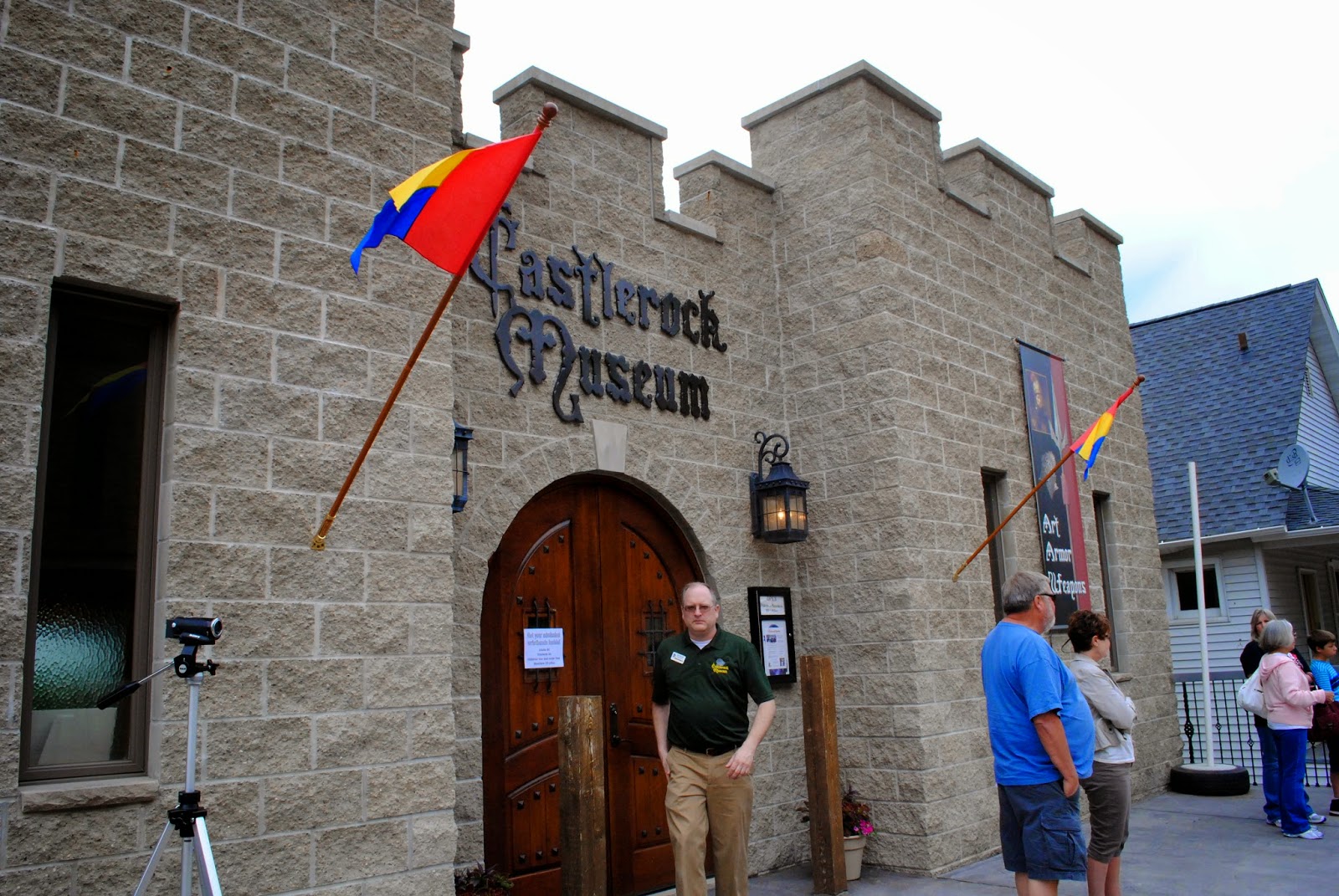 Yesterday I had an excellent day visiting with people and doing carving demonstrations at the Castlerock Museum of Arms and Armor in nearby Alma Wisconsin. It's a fantastic museum filled with history mostly from Medieval and Renaissance Europe. 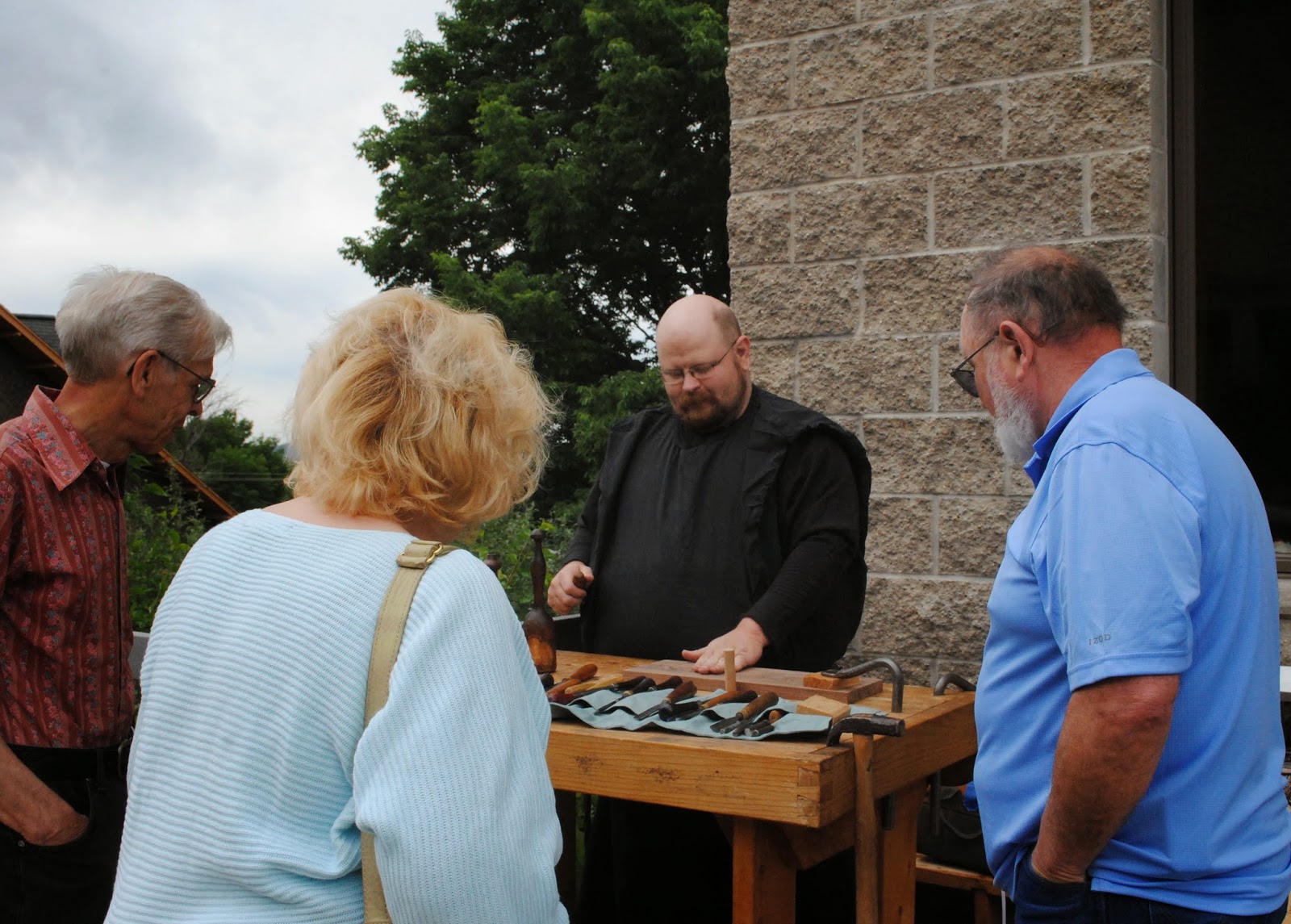 The crowds were great, just big enough to keep me busy but not a swarming mass. They were all interested in the carvings I was working on, but more than other demos I've done in the past, full of intelligent and thoughtful questions. I'm used to a lot of questions about the tools, species of wood and mostly the amount of time each carving takes. People assume it takes days of sweat and work to complete a carved panel and that really couldn't be further from the truth.

I wish I could figure out a better way to explain that there isn't any magic involved in what I do. You just have to decide you want to do it. 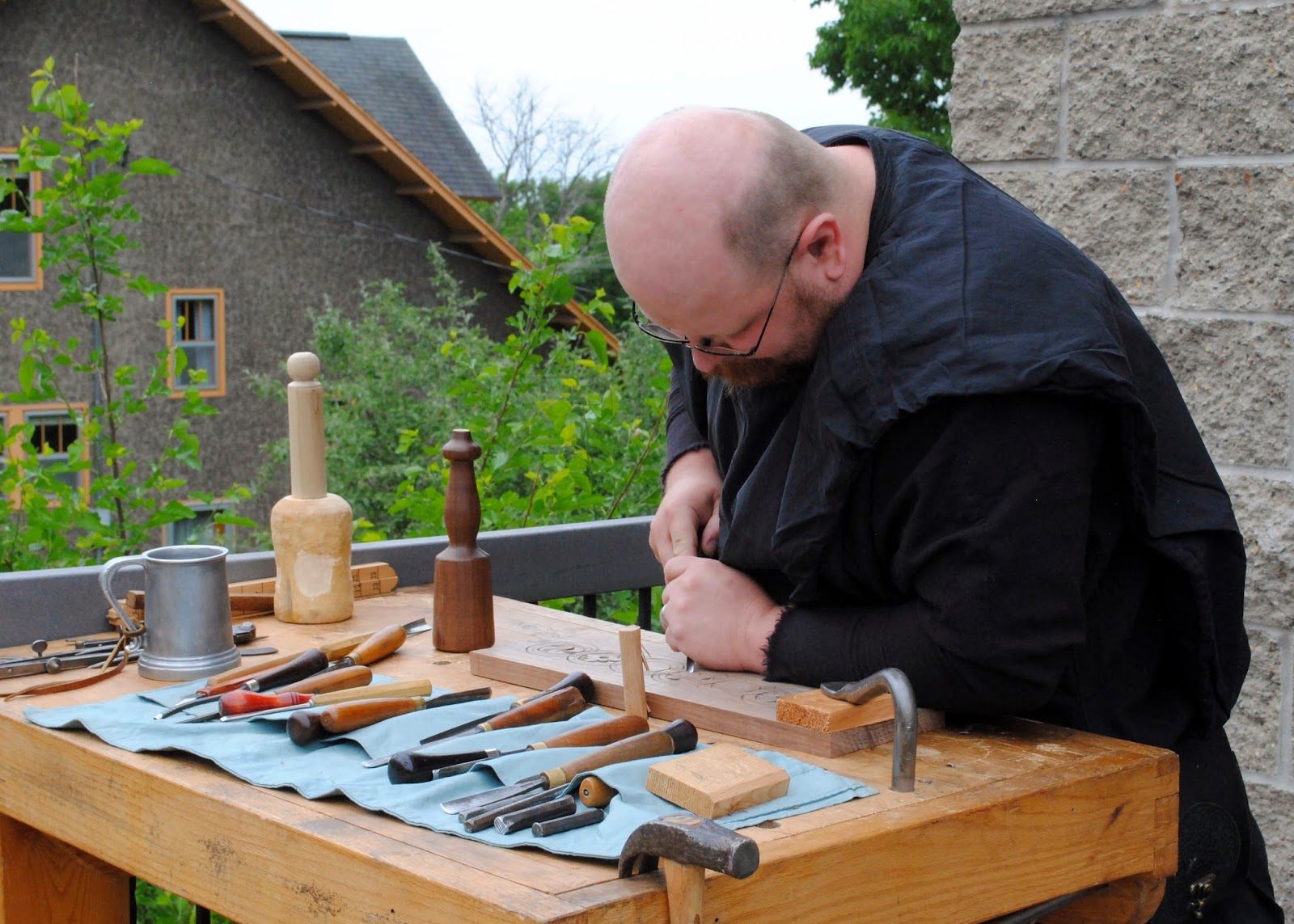 For the first time I fielded a lot of questions about finishing pieces. When I was packing up the night before, as a last minute thought I threw my polissoirs in the chest and I was glad I did. People were fascinated with the idea of burnishing in a wax finish.

There was also a glimmer of hope for our collective futures.

At least half a dozen different people brought up the discussion about the loss of traditional craftsmanship. Maybe it was just the temper of the crowd or the day, but many, made listed the arguments to me that I've listed to others about the need for enduring products, made by hand, in our homes and in our lives. There was general disgust for the press-board crap furniture on the shelves of superstores and the dubious companies that make them. Most expressed the sentiment they'd rather pay a little more for something that lasts, something made in the US if not made local, and something that they can potentially hand down to the next generation past them.

Some even spoke to me about the things they wanted to learn to start making, things they remember their grandparents making.

As I was driving home in the evening I was decided it's possible, just possible, the culture is starting to change. I'm not holding my breath, but to even catch a whiff of this fresh air was fantastic. 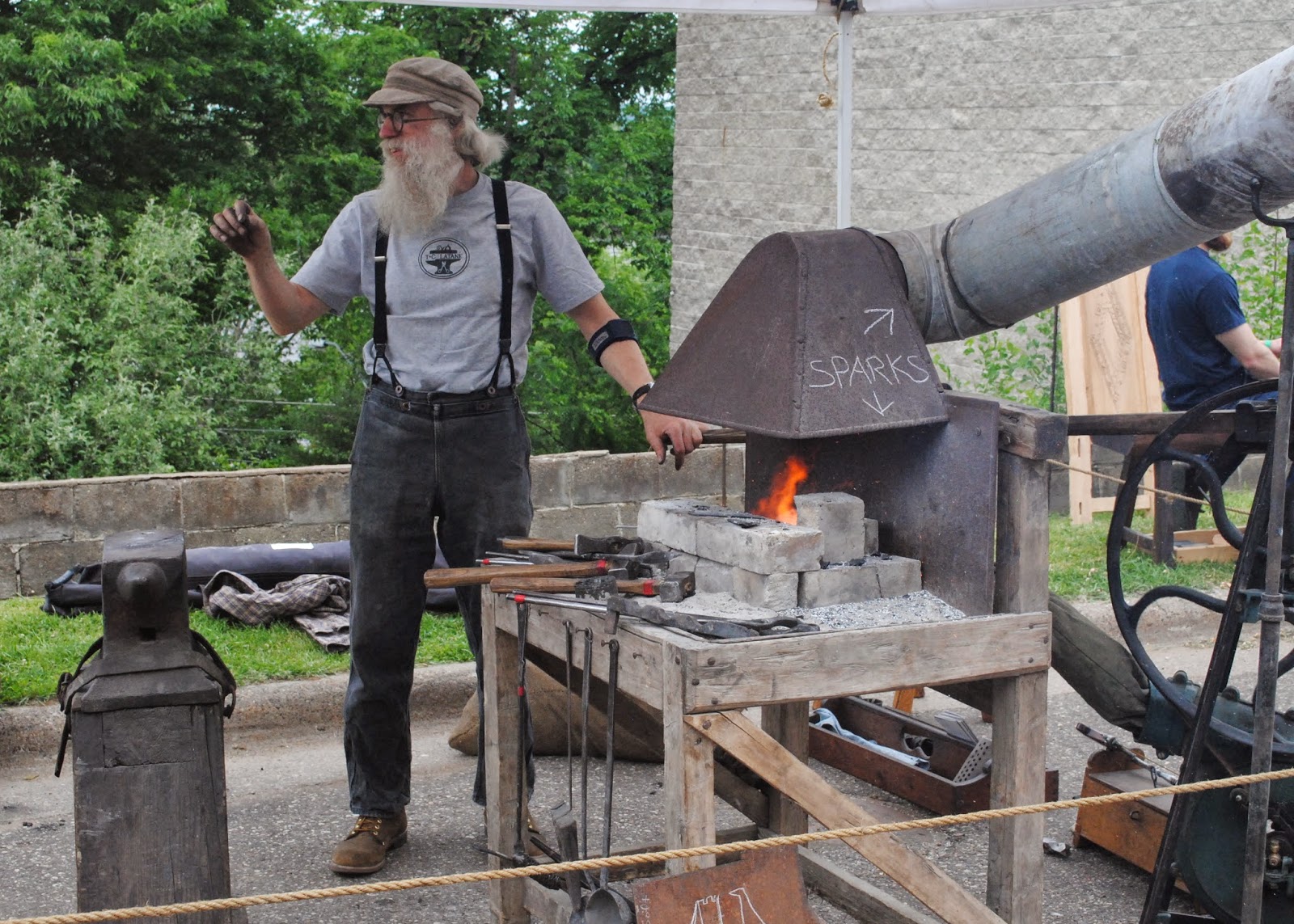 For me, the day was also a chance to catch up with Thomas Latane, a master blacksmith who is fast becoming a good friend. He brings quite the impressive forge set up along.

Thom also brought along one of his former students Paul Nyborg. 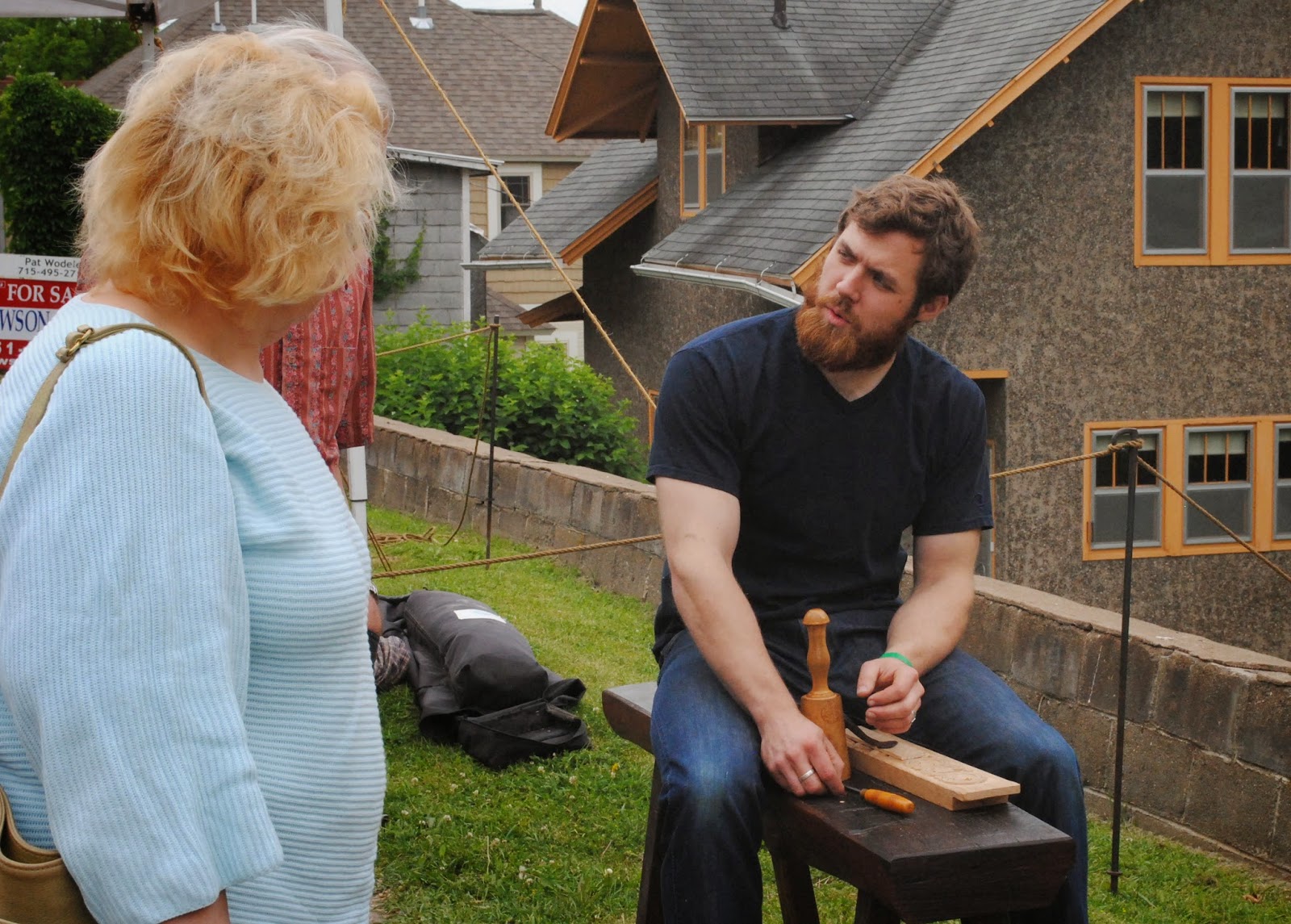 Paul was also doing a carving demonstration, his had a little more purpose than mine. Most of the time I simply grab a board and start a panel for a box or box lid, sometimes at the end of the day I finish them sometimes I don't. Paul was working on the parts for a Wainscot Chair. 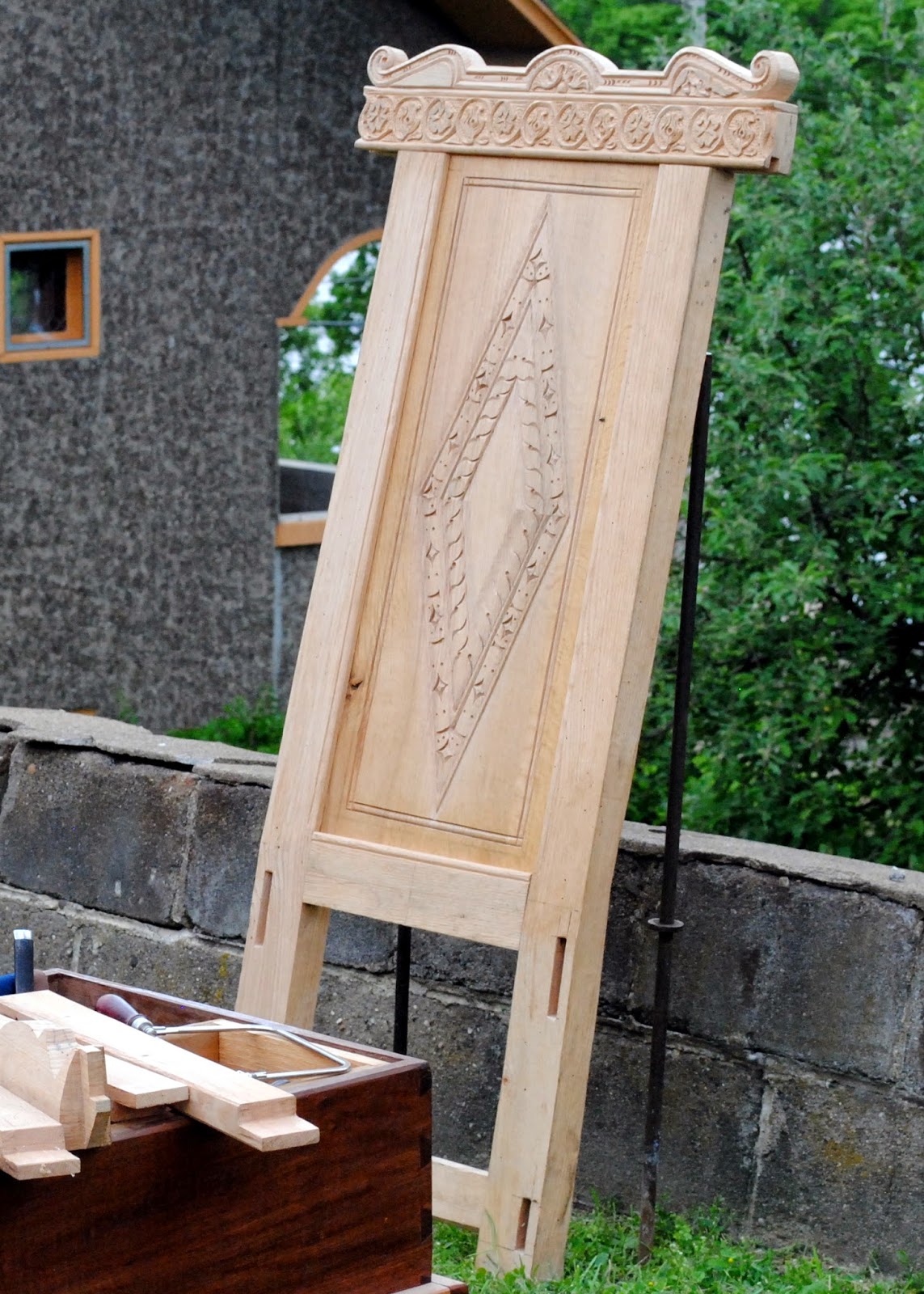 It's always fun to visit with other woodworkers, but someone who's interests align so close to mine was extra exciting. Besides you have to like a guy who built his tool chest from wide walnut boards resawn to thickness by hand and using hardware he forged himself. 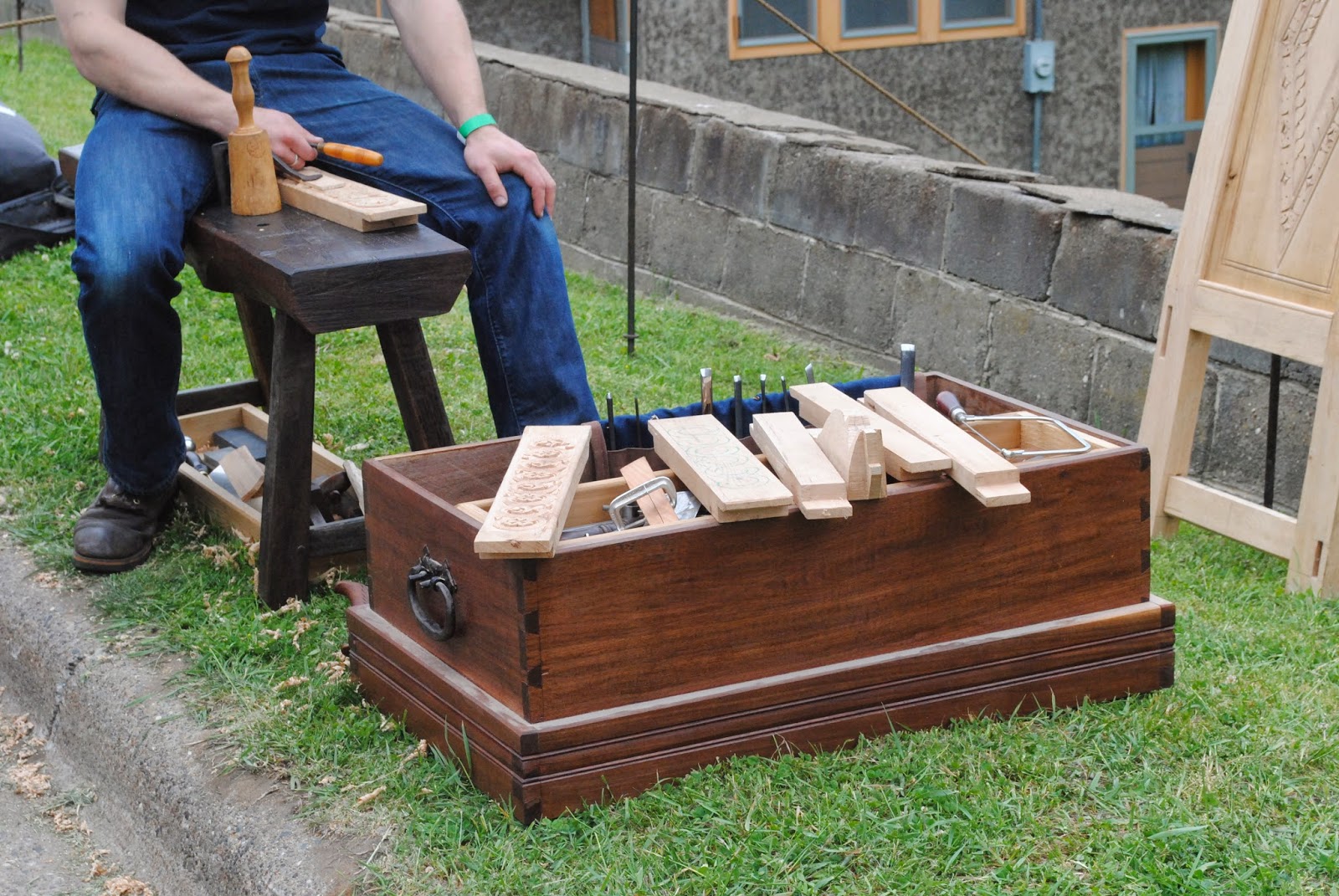 Even though a thunderstorm rolled in and doused the event late in the afternoon, over all it was a great day. I'll be looking forward to my next demo with the museum soon.

I almost forgot to share the fruits of my efforts for the day. A fun carved panel for the front of a document box. 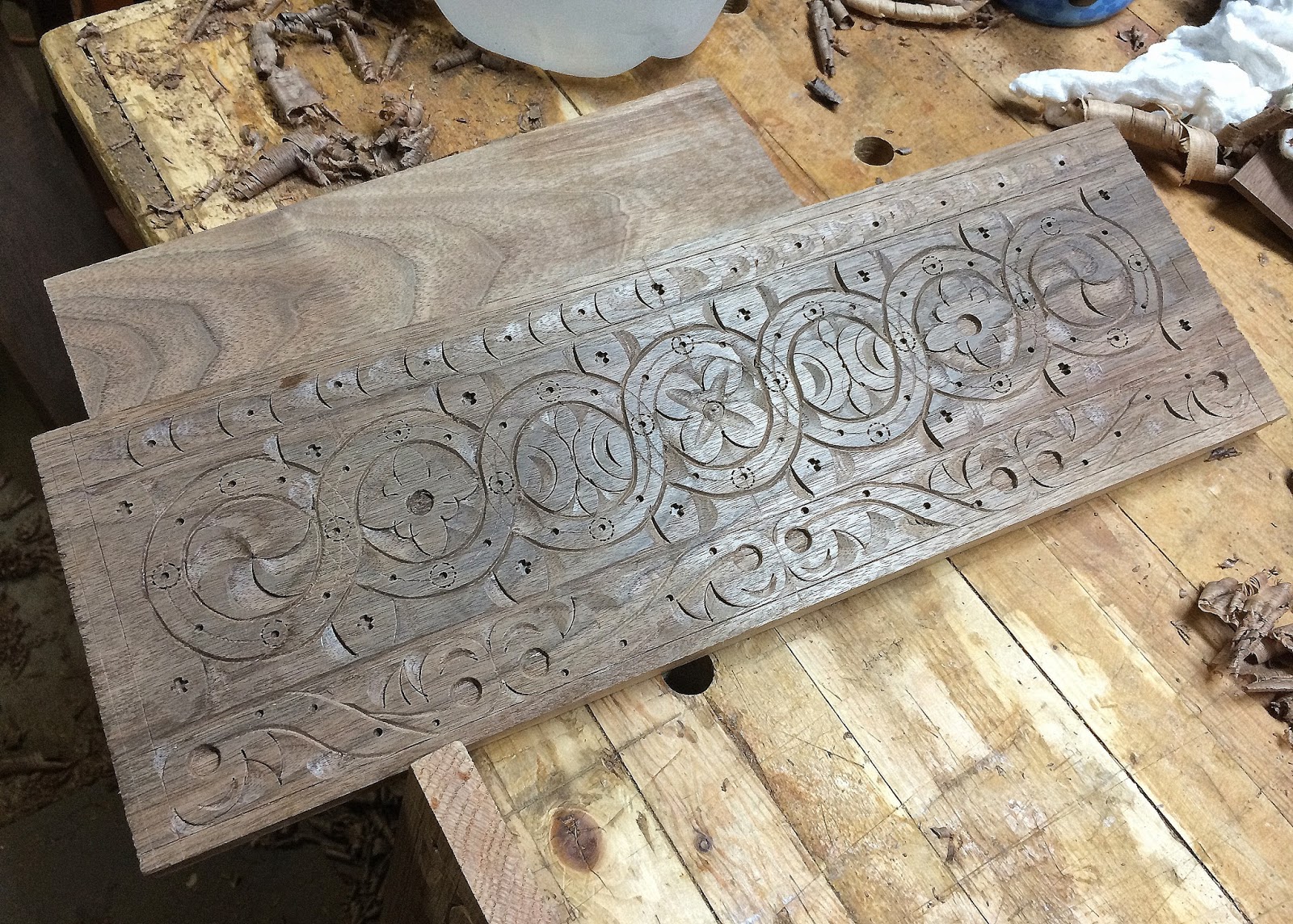