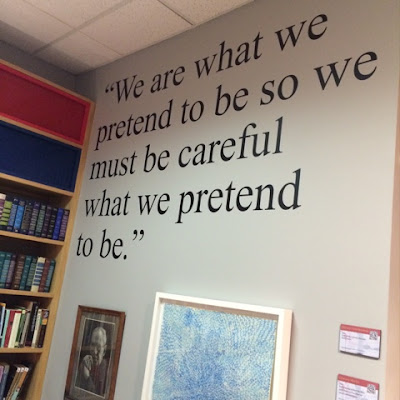 "Furniture is the servant of fantasy just as much as it is a response to practical everyday needs. The whole notion of the domestic interior as scenery for a play which we make up as we go along, and therefore of pieces of furniture as components in a constantly shifting and capriciously altered three dimensional collage, is propagated today in every interior decorating magazine. Its roots lie in the eighteenth century, with individualists like Horace Walpole and William Beckford, and it established itself firmly in the nineteenth, when multiplicity of stylistic choice led eventually to the breakdown of previously fixed categories, a kind of overflowing from one compartment to another which can be seen in many contemporary representations of Victorian interiors. It was at this time that isolated examples of old furniture acquired the kind of talismanic force which many people attach to them today, and became the foci for ideas and emotions which were not necessarily connected to their appearance.

The study of furniture, which arose from antiquarian interests of the nineteenth century, has ever since been bedeviled by an obsession with "antiques." . . . .  (This book) tries to show how furniture is related to the general development of society, and also to the psychology of the individual."

I have authority problems, it's just a fact of my life. I tend to question a lot of things many people take for granted, probably because they take them for granted. If pressured I will use the word "irreverent" to describe myself.

I've started to develop suspicious ideas in regards to words like "heirloom," and the reverence for antiques.  I'm not sure where they take me, but this passage spoke to them.

If only I could carve out the time to write "The Irreverent Design Book."

There may be more on this. Or not. Things are still formulating.