I spoke in my Last Post about my recent opportunity with the Castlerock Museum and documenting the 17th century (and earlier) furniture there. They also want a little help writing the patron placards about the pieces. I did tease that there was more.

The museum also asked me to fabricate a few "matching" pieces to extend the display. They wanted a board to display some spoons, a shelf to display some plates, and a low box/platform to display a very ornate jewelry box (which I failed to get a reasonable picture of, go figure). Another win for me!

You think I'd jump at the chance, but I did have one big reservation.

I am not interested in making anything for the display that could be construed as contemporary to the pieces surrounding it.

After talking it over with the owner and the museum director, we were all on the same page.They do want something that will settle into the background, so color wise I've gotta match these old pieces, but we're not doing anything carving wise or embellishment wise other than a nice moulding profile or two. 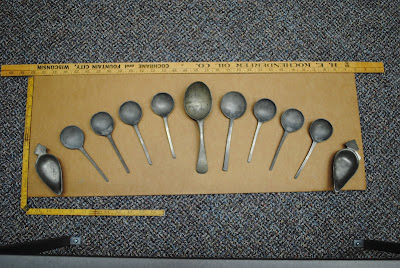 The first problem on the docket is the spoon board. The person who organizes the look of the displays set up a cardboard mock up and already had some 1/2" oak glued up to match. She wanted the upper corners knocked off the board, but there were no other instructions above and beyond that.

So I took the board and some photos home with me. I was certain I could do better than just notching some 30 or 45 degree corners. I did a little research and found this woodcut print of a somewhat contemporary kitchen scene.

I didn't want to put my eggs in one basket and I don't sketch-up so I utilized the power of a Xerox machine. I printed a page with two copies of the photo above and made multiple copies to doodle on. 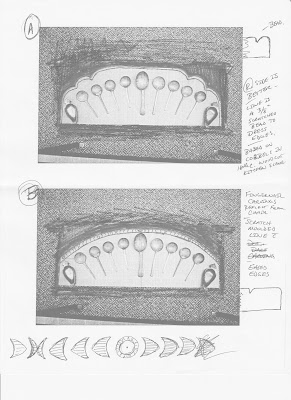 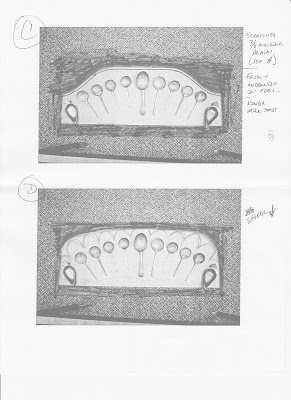 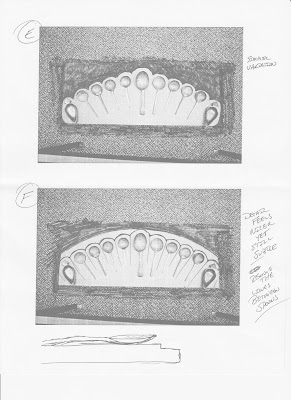 "A" was my first choice (and first idea) but I still felt compelled to offer a number of choices to the museum.

They liked choice "A" as well and appreciated the idea of something slightly decorative over a straight mitered corner. 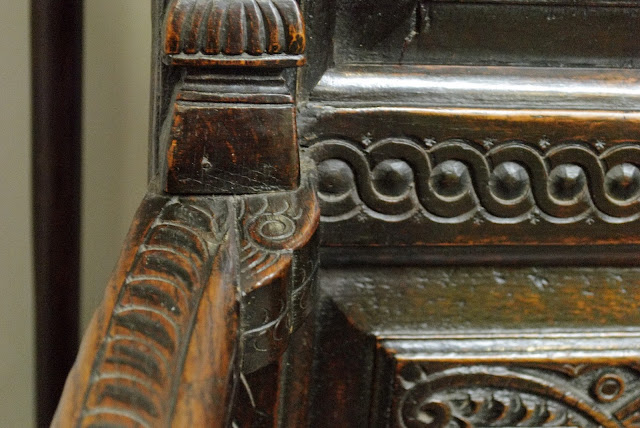 Looks like I have a little work to do.