"The unreal is more powerful than the real. Because nothing is as perfect as you can imagine it. Because its only intangible ideas, concepts, beliefs, fantasies that last. Stone crumbles. Wood rots. People, well, they die. But things as fragile as a thought, a dream, a legend, they can go on and on." 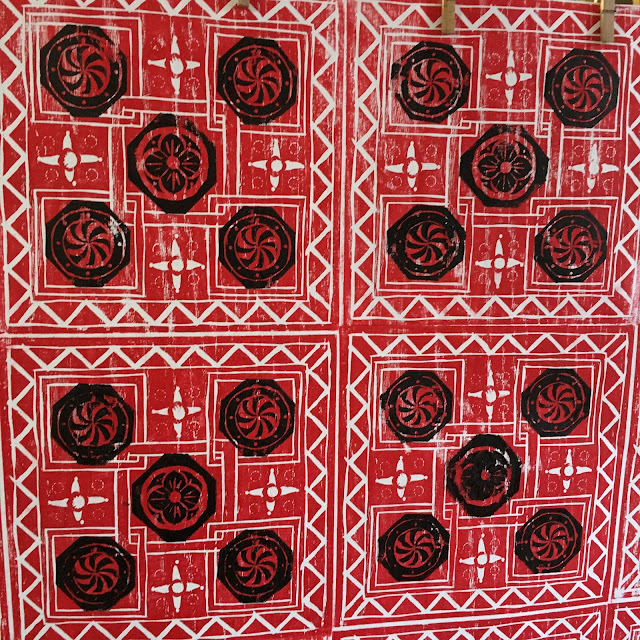 With the basic elements of the boarded chest constructed it was time to start moving into the unreal parts of the work. Selecting and executing the design elements that would define the blank canvas I had created. It's the dangerous part of the work. Things bog down in decisions and problem solving and that's trouble if you pride yourself on efficiency. Mistakes can lead to set backs that can involve scrapping the whole thing and starting over.

The first play was the cutouts for the ends. Traditionally these are often shaped like ogee mouldings or something called a "bootjack." Of course I had to find a different path. A scholarly article on medieval architectural mouldings had recently found it's way to my desk and since these cut outs are akin to moulding profiles I looked there for inspiration. 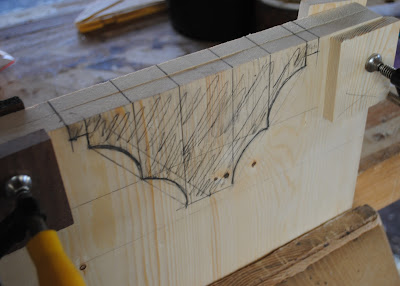 Staying away from the more elaborate ones I decided on a "double hollow" which I promptly reversed in the layout so I suppose now it's a double round, which sounds like a Denny's menu item. 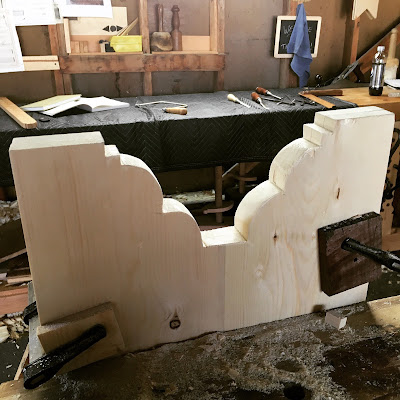 I ganged the sides together, made a few saw cuts and smoothed the final profile with rasps. Subtle but just different enough. 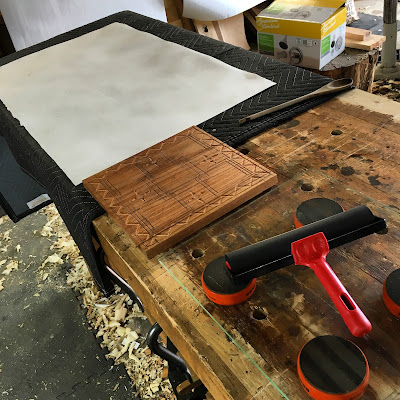 With all the main parts of the chest complete I set everything aside to explore the next element. Lining the chest with bespoke papers. In Victory Chinnery's "Oak Furniture: The British Tradition," There is a small, nearly throw away sentence about chests and boxes being lined with printed papers such as 17th century wood block printed wallpaper. His written words became a worm in my head and I started experimenting with lining many of the carved boxes I've made. Starting with paper I marbleized myself and moving into carving woodblocks and printing my own "wallpapers"

Smaller boxes are one thing, but I wanted to see the effect on a sizable piece of furniture. So I came up with a simpler two tone design and set up for a day of printmaking. 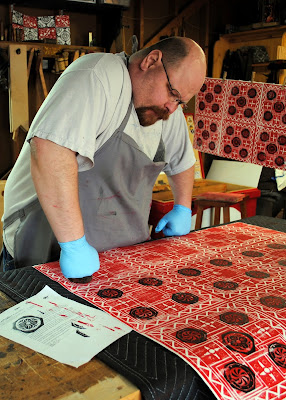 I may have to build or borrow a large roller press to carry out this large scale job again. The red field involved inking and placing the block. Then flipping the block and paper over without slipping, sliding, smearing and burnishing the paper into the block with the back of an old wooden spoon. I'm not looking for a strikingly perfect field, the voids, lift offs and heavy fills add a character missing in today's perfect digital world. A touch of Wabi-sabi is a good thing. 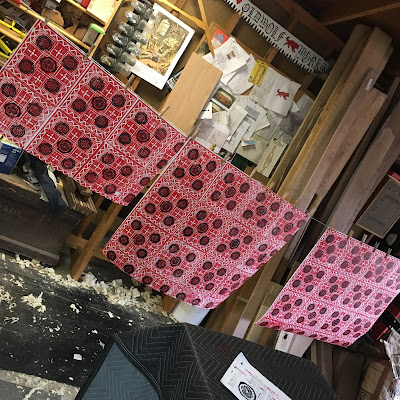 Once the red had set up I moved pack in with a pair of smaller blocks inked in black. I hung them on a makeshift clothes line to dry for a day before . . . 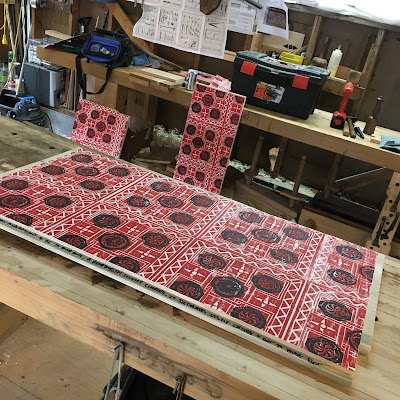 . . . gluing them down to the inside panels The sheets were cut and printed oversize and once the glue was set up and the paper "veneer" set, I trimmed the overhang to fit. 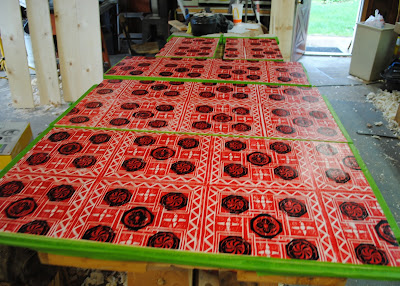 Over the prints I added a couple coats of laquer. I wanted to seal the water based inks from rubbing off or sticking to anything placed inside the chest, especially if it encountered high humidity. 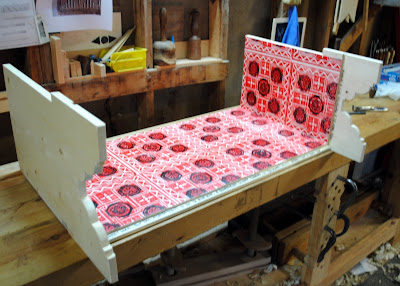 Once everything was set and dried I set up for another dry fit. I wanted to make sure the thickness of the paper didn't interfere with the fit of the simple joinery. Also, I couldn't help myself I had to get a look at the effect. I have to admit, with everything else in "the white" as it were, the colors and vibrancy of the print was pertty overwhelming.

I knew it was too early to pass judgement, The next design decisions were simpler, but maybe more labor intensive.