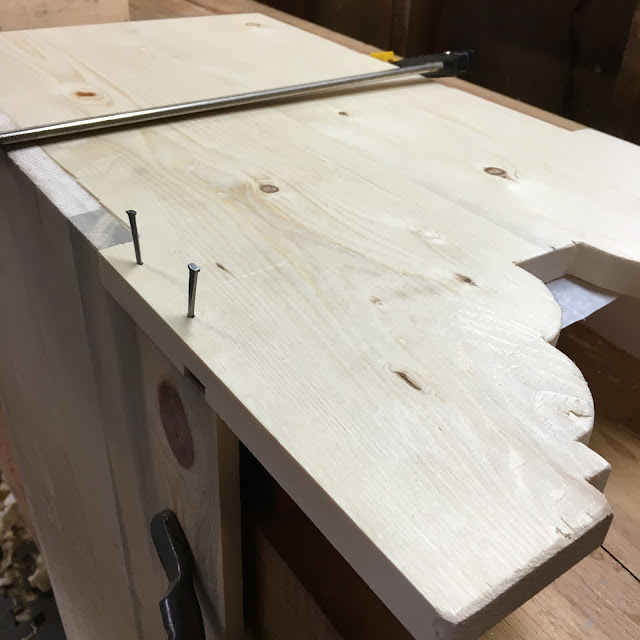 I was working myself up to the good part. The inside papers were in place and the next step in the process was to turn a pile of boards into a big box. A boarded chest goes together quickly and solidly with a handful of cut nails. I like to drill an undersized pilot hole for these nails, especially through the top board and always at intersecting angles for additional holding power. 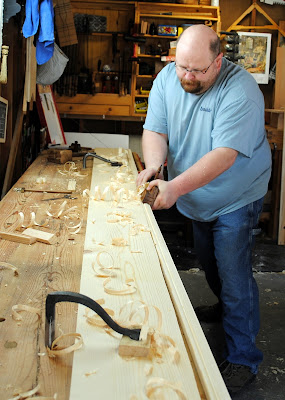 The next step was a strip of moulding that commonly wraps around the chest providing a line of punctuation between the body and legs, Often it runs on just the front and sides, but I decided to wrap it all the way around. I ripped 1 1/2" off a 10 foot pine board, cleaned up the saw marks and fudged a long sticking board apparatus with the remaining board and a plane stop.

One of the best things about a 12 foot long work bench - I can stick a 10 foot moulding without sweating it. 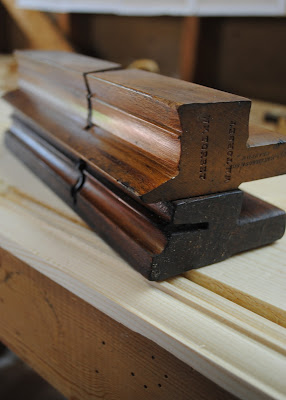 I used a 1/2" bead on one side and a complex moulder on the other to pretty good results. 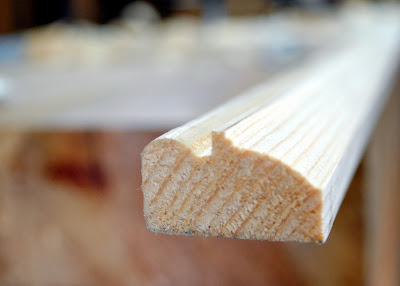 Then I went through the process of mitering the corners, wrapping it and nailing it in place, (with a little glue too.) The next day I mixed up some putty and filled in all the voids, nail holes, french marks, and coated all the knots. After an hour of dry time I sanded the puttied area smooth and started to apply tape and paint. 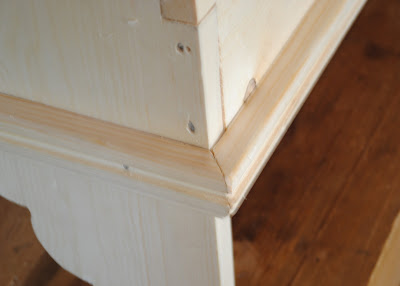 I spent quite a while pondering over this step. I had some notions but no strong plan. After reviewing my notes (yes I take notes, sketchbooks are fro more than just drawing) things came down to a cross between the elegance of this photo I screen shot with my phone. 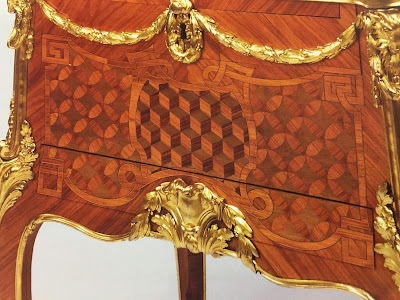 And this folk art facial. 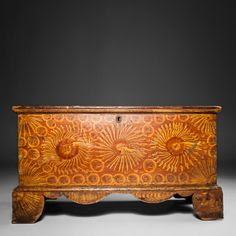 I will admit. As of right now I have no idea where these photos originated,

I experimented on several test boards to achieve a look similar to the folk art supreme but wanted to maintain the serpentine curvy shape and banding of the high falutin' marquetry. 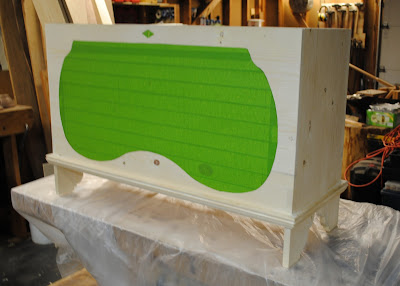 This is where it landed, to which my daughters immediately observed looks like a pair of ski goggles. Undeterred by their teasing giggles, I pressed forward. 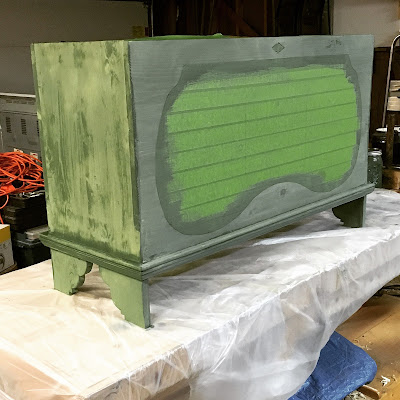 Two coats of green milk paint, (because green contrasts with the red which covers most of the inside) and two coats of lacquer and I was ready to remove the tape and start on the inside. 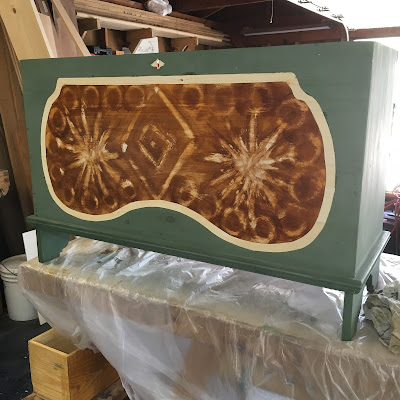 I left a boarder of tape around the goggle shape. (dammit now I'm calling it that) and started on the inside. Here is the steps I followed:


It's important to note I allowed at least whole day of curing between each of these steps, I'm unsure if this was necessary but it seemed safe. 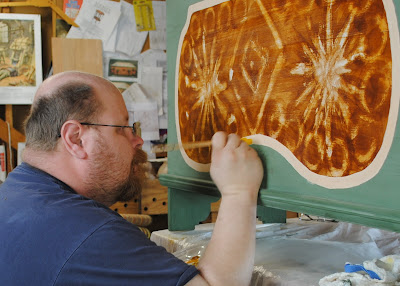 Then I removed the tape and created the banding using off the shelf oil paints. First yellow, then burnt sienna brushed lightly in a cross banding sweep. Then a thin black outline on the inside and outside of the banding to set it apart. 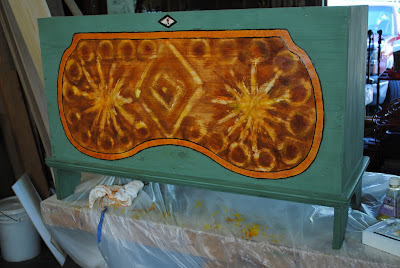 The end effect is was not displeasing. Very close to what I was after. I let the process cure for a while longer, oil paints and raw linseed oil do take time, then I applied a couple coats of lacquer to the front.

Now it was time to start working on the lid.