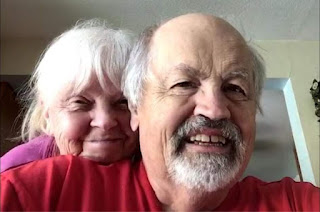 He was born in Roseau, Minnesota to Arthur “Manfred” and Donna (Sjodin) Olson on May 31st, 1947. He spent his youth working on the family farm and helping his father build the house they lived in. In 4-year-old Sunday School he met a girl from town named Alana Johnson and promptly informed his mother he was going to marry her. Through high school he played football, serving as team co-captain, and was a record setting pole vaulter with the track team. He graduated class valedictorian in 1965, but not before attending senior prom with Alana on their first date.

He went on to attend the University of Minnesota, studying Microbiology, where he was a member of the Beta Sigma Psi Fraternity and played intramural hockey. In 1967 he convinced Alana to transfer colleges so they could be together. On August 24th, 1968 he proved his young prediction true and married her.

He left college to support them while Alana finished her degree. Starting in area restaurants, he worked  his way into management and spent the rest of his career trading back and forth between that and selling life insurance. In restaurant management he proved to be in demand, re-tooling, re-training, and remodeling stores across Minnesota, Iowa, and Nebraska, before settling his family in West Salem, Wisconsin in 1990 where they’ve lived ever since.

Darrel was a sports fan, cheering on the Minnesota Wild hockey and Vikings football. He also kept track of several college football teams and Roseau High School hockey. He was a great collector of other people’s stories and had a knack for getting people to talk to him. This passion for stories only increased after  a trip to Sweden in 2011 where he discovered both his and Alana’s family roots started a mere 20 miles from each other. After the trip he began tracing down their genealogy and family stories as far back as possible. He even taught himself Swedish to help the search. He organized a mountain of research, all in preparation to write a book based on some of those lives and stories.

We all miss his abundant passion, intelligence, and caring heart. We will miss the parable-like stories he had for any situation. We will miss the way he’d make time for everyone of his children or grandchildren when we needed him. And we will miss that, even after 70 plus years, ever since he first saw her in a Sunday School classroom – he adored and treasured Alana.

He is survived by his wife Alana (Johnson), sons Derek (Naomi) and Kolin (Heidi), daughters Erin Olson and Majel (Benjamin) Hein and his grandchildren, Chloe, Fayth, Bailey, Lexus, Qitarra, Ayra, Celeste, Demetrio and Althea. He is also survived by his sister Marcia (Bob) Clausen, and Marlin (Londa) Olson, and his puppy and perpetual shadow, Roxie

He was preceded in death by his parents Arthur “Manfred” and Donna (Sjodin) Olson, and his grandparents Paul B. And Anna (Sjoberg) Olson and John and Ludikka (Olson) Sjodin.

The family would also like to thank the Gundersen Healthcare staff. The Doctors, Nurses, Aides, and everyone ancillary for taking wonderful care of Darrel, for playing along with his jokes and for making him giggle at yours, for responding so strongly and compassionately in his time of need and for taking good care of us in our time of grief. We would like to especially thank Emily Erickson for going the extra mile and sitting with us, sympathizing with us, and answering all of our questions.

Services will be held on February 26th at the Jandt Funeral Home on Youlon Street in West Salem Wisconsin. Visitation begins at 11AM with Stories and sharing to begin at 1PM. The family respectfully Requires Masks to be worn during the service.

There will be an additional Celebration of Darrel’s Life on May 29th, at the Swarthout Park Shelter by Lake Neshonoc in West Salem Wisconsin from 11AM until 6PM. All are welcome to come remember Darrel with us.

The family requests that in lieu of flowers, those interested make a donation to either “A Walk to Remember: raising money for Alzheimer’s care and research (℅ Jill Wulff, 15467 County Road 9, Roseau, MN 56751, or the Ronald McDonald House of Rochester, MN, or another charity of your choice. Online condolences may be sent at www.jandtfredrickson.com.

The pain that you feel,

Is from the piece of your heart,

That your dad took with him,

So he’d always feel your love.

In the times when the pain is the strongest,

That’s when he holds the piece a little tighter,