By Rabbet and Nail.

With the shell dovetailed and cleaned up, the next step was to put a bottom on the box. This wasn't the most difficult of jobs, infact this might have been the easiest of them all because I didn't bother to do any real milling to prep the poplar stock. It's for the bottom after all. This rough cut stock was run, one pass, through a planer on one side. The result was a kind of subtle ripple in the surface of one side. Nothing significant or even terribly noticeable, in fact I fould believe that after a few years of tools and planes sitting on it, I'll wish for the ripple back, if I ever see the entire bottom again after I fill the chest and start using it. 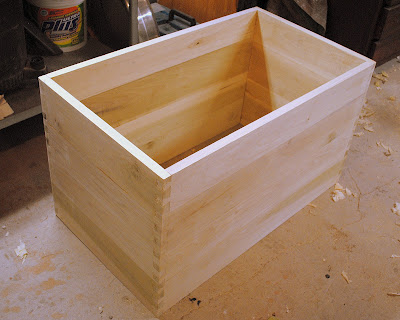 I started with sawing up some stock to length. I over cut the boards by a quarter inch so I could plan on planing off the 1/8" overhang on both sides when I was done. I like to cut enough stock to cover the width of the chest, with allowances for narrowing with jointing and joinery. I usually plan for a couple inches overhand on the sides, this allows me to center the boards on the piece and remove the excess from both ends. Without doing this stock widths will undoubtedly leave you with one board that is just an inch and a half strip hanging on one end, (if you are lucky.) And I think that looks like crap, my brand of OCD can't handle it. 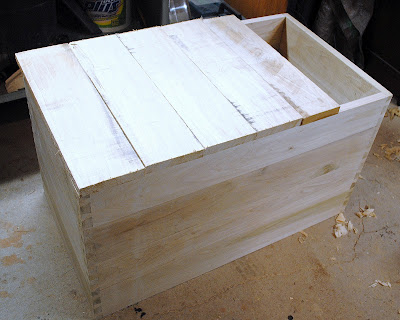 In the book "The Anarchist's Tool Chest" where I took the pattern and overall design sensibilities from. Chris Schwarz uses tongue and groove joints for the bottom stock. He refers to it as a satisfying kind of over-kill. Grooves are a difficult thing for me as I still lack a plow plane of any sort. (Yes I will get on that and get one, it's just taking me a while). So I backed up and opted to go the ship-lap route. I have a rabbet plane and I'd rather get to using the tools I have than sit around and wish for the ones I don't.

Grooves become an issue later in the build and I have to solve that problem then, but that is a future post. 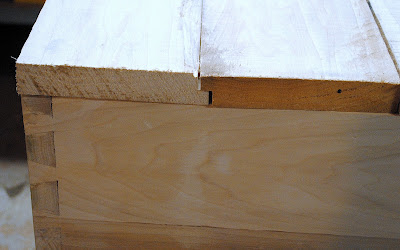 I have really been loving how sweet this poplar machines, I have never used it a whole lot before and, despite being a kind of homely wood, referring to the color and grain pattern, it planes beautifully and makes nice crisp joinery. I can see it's value as a long wearing secondary wood. 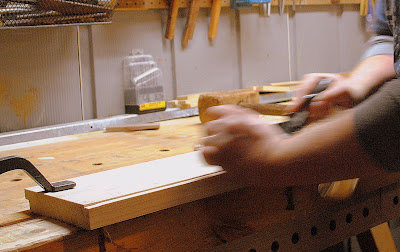 I just started on one end of the bottom and moved my way across. I would joint two board to fit together, then cut their rabbets, then joint the next seam and rabbet again. It was a pleasant day in the shop witha definite feeling of accomplishment when I was done. 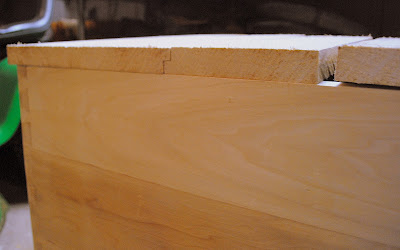 With all the joining done it was time to nail the boards in place. No glue, just nails. I know I can almost hear it now, No Cut Nails???  Well the cut nails are waiting in the wings with the plow plane for now. Wire nails will work fine and hold for longer than my lifetime. 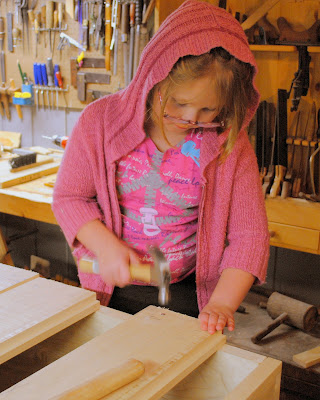 I was fortunate to have my apprentice with me in the shop this day and I let her get to work pounding some of the nails in. What's a few french marks on the bottom compared to the memory we'll both have of her helping me. 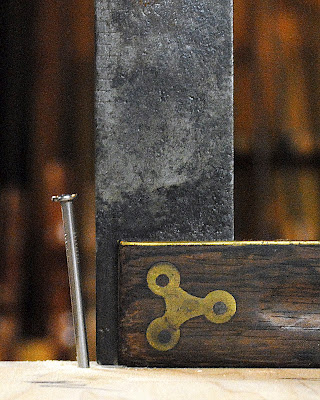 Now even though I used the "inferior" wire nails for the job, I did use a technique taught to me by my best friend's father. he had spent most of his life working construction and when I was over helping build a garage he stopped me as I was swinging the hammer.

"No, not straight." he said, "You got to drive them nails in at angles so they meet like a 'V' then the don't work themselves loose"

I didn't understand what he was saying so he took my hammer into his own callused hands and quickly drove in a pair of nails coming from opposing directions.

"There. Now unless you pull the nails one at a time, the boards don't come apart." 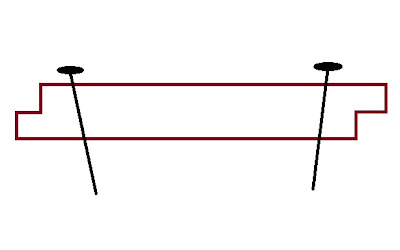 Remind you of something? The angles and mechanical strength inherent in a dovetail perhaps? Old Fred sure knew what he was talking about.

After an evening of banging and hammering my apprentice and I were ready to call it a night, but I left with a real feeling of accomplishment. I started the day with a dovetailed shell. now, other adornments and embellishments aside, I was a lid short of a chest. 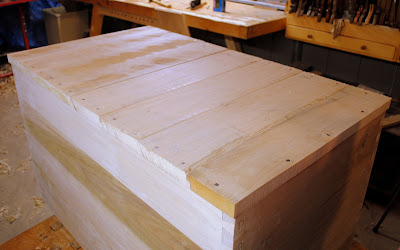