Up until moving to this house, my middle child has almost always had to share a bedroom with either her older or younger sister. Once she managed to secure a space of her own here we began to realise that, other than her bed and a small book shelf, she had no real furniture to call her own. Well I had to fix that with a quickness.

The previous owners did a good job of clearing out the house and the garage. There wasn't very much junk left over at all. The biggest thing left behind was a pitiful little craftsman style desk in the garage. 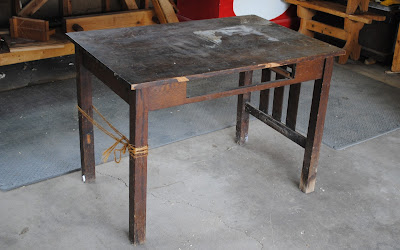 I didn't give it much thought, it was something to move out of the way as I was converting the garage into a shop. It worked well to set things on. Then Fayth was hanging out with me in the shop and asked me what I was going to do with it. 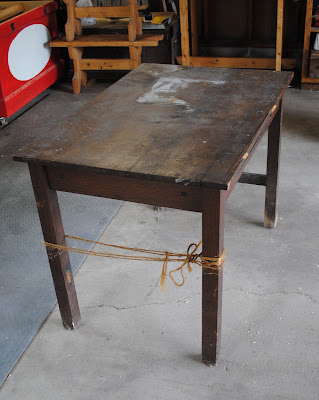 "I suppose, I'll have to clean it up and put the drawer back together first."

If you have a thirteen year old daughter, you'll know that the hugs and affection she lavished on you as a younger child become more rationed with age. It makes moments like that a little more treasured, how could I not dive into rehabbing the desk after the shop was set up. 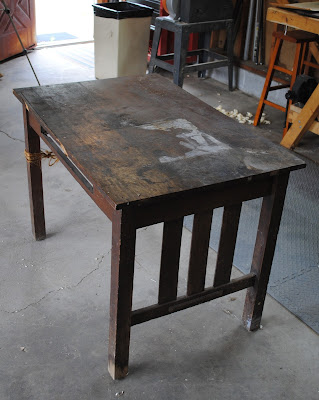 It was a sad and beat up thing. Something had happened to break out the leg on one side. The drawer was in pieces. 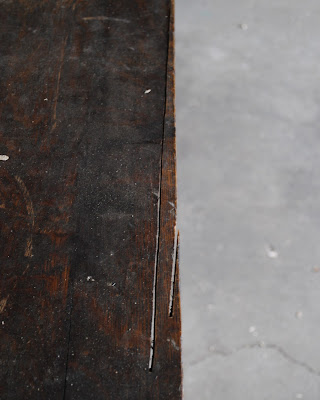 Someone had used it as a saw bench in the past and cut two wedge shaped kerfs into the top both ending near the left front corner. 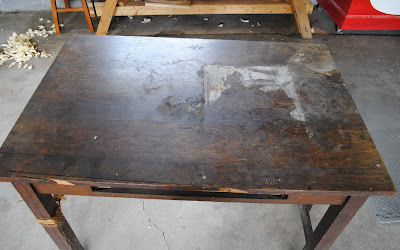 Water damage. Spilled paint. Oil and who know what other automotive products. Dirt. Dust. Cobwebs. All ground into the finish. 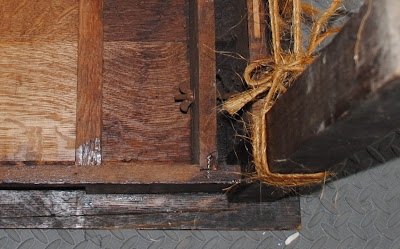 I'm not sure I understand the purpose of the twine ties around the two legs, but I did find the construction interesting. The top is secured to a box (for lack of a better term) with pocket screws. The legs are held to the box with a dowel at each corner for alignment, and a carriage bolt and wingnut to hold it together. 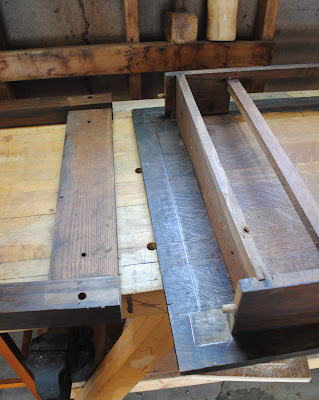 Fortunately, almost all the parts for the desk had been saved in the drawer cavity. 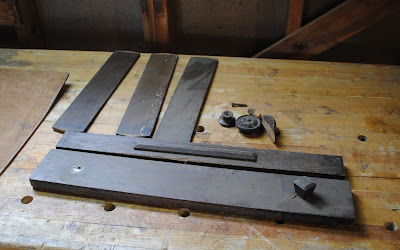 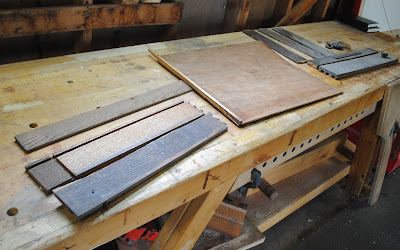 There was also a really cool thing in the drawer cavity. Someone had used a single newspaper front page to line the bottom of the drawer. Probably close to the day it was brought home for the first time. The Milwaukee Sentinel from Saturday July 21st, 1956. 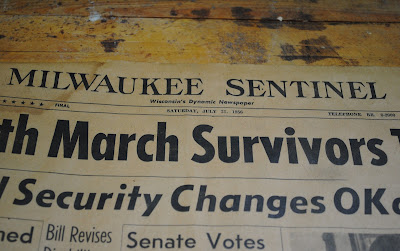 I just smile to think there were days where the soap box derby not only existed, but was a big enough deal to be front page news in Milwaukee. 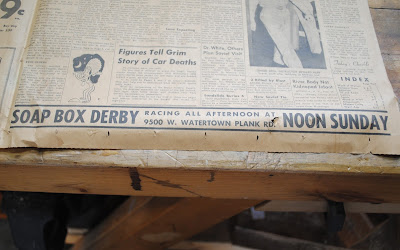 An extra little reward for me.