My Argument For A "Top Shop" Reality Show.

For the last few years my family has gotten along just fine without cable television and 600 channels of nothing. We had a Wifi connection and all the internet TV we could watch, supplemented by an HD antenna for local channels. When we moved into our new house my wife convinced me we should give it another try. I suppose convinced is a strong word, but it didn't seem like something to squabble over.

The end result is when I sit down to catch my breath at the end of the day, I end up watching some shows I would have never searched out without a mindless stare and a remote control. 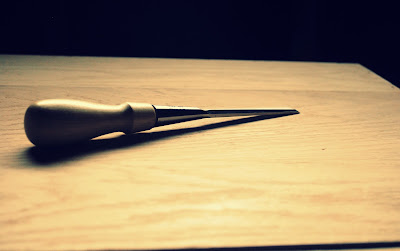 I am only human, and grabbing the attention of my demographic is a studied art form, I'm bound to fall victim to a couple guilty pleasures it galls me to admit I've watched. One of them has been "Ink Master." I don't have any tattoos myself, not because I have an aversion to them. More a lack of money and opportunity converging at the same time. The art styles interest me though and I like looking at the ink other's have collected over their lives.

The show's format is simple and similar to other shows like "Top Chef" a group of hopefuls are gathered and put through a series of tests of their ability and time management skills and three to four experienced experts sit in judgement of their work. 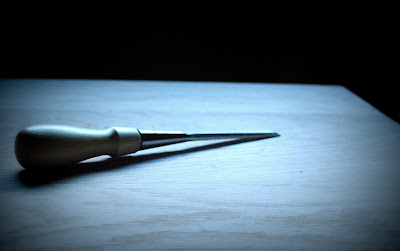 Of course the producers make story lines out of the participants backgrounds and interactions with others and stereotypical roles are filled. Someone's the villain, someone's the drama queen, and someone is the cheater. But, whether it's needed or not, the soap opera side of the deal is ubiquitous and expected. 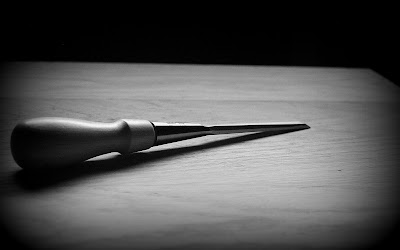 I think there's room in the world for a woodworking competition reality show. I know several years ago there was a show of handyman variety, but my memory tells me it was centered around carpentry skills. I would like to see a group of a dozen woodworkers gathered together and put through a furniture building competition.

I understand the issue is the length of time some builds can be. It's pretty obvious a Philadelphia Highboy isn't going to be a basic challenge, but given open shop time, imagine what you could accomplish in three days of pure build time with a day of finishing time. Conceivably you could accomplish three projects in a two week period. 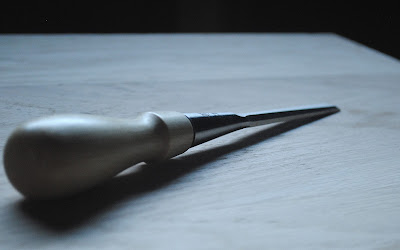 The upside? Beyond providing me with some relatable television viewing opportunities.

1. Promotion of the craft to possible clients. If done correctly and done well (two lofty goals I know) the show can promote custom built furniture. It can show people all the things they've been missing as they stroll through the aisles of Ikea and WalMart. It can promote the idea of having heirloom quality furniture, the kind that can be passed down for generations.

2. Promotion of the craft to possible participants. There was a time when manual skills was something taught to youth in school, and independence was cherished over consumerism. Both of these ideals can manifest with some time spent in the shop. I've read people's concerns about the craft. the lack of youth and the lack of diversity. This is one way to spread the word, to get new people excited about making shavings or sawdust, and introduce them to the vast diversity there is in making things from trees.

3. General education of the public. I have a difficult time explaining what I do in my spare time to people I work with. The worst question I try and answer is "Oh what kind of woodworking do you do?" like I could just answer "The purple kind" and they'd know what I'm talking about. When they find out I work with mostly hand tools, I might as well try and explain how I just commuted in to work from Venus inside my own personal space bubble. A show like this could at least help spark some relatable conversation.

4. Promotion of the various companies and suppliers. If you look at it from a purely skeptical, capitalistic view point. Think of the dozens of sponsorships from woodworking product manufacturers that could be available for such a show. I had no idea what "Whole Foods" was until I watched "Top Chef" I wonder what Rockler or Woodcraft could do with the same exposure. And the shorter Flash Challenges that start the show are a great showcase for smaller boutique manufacturers like Bad Axe and Blue Spruce. 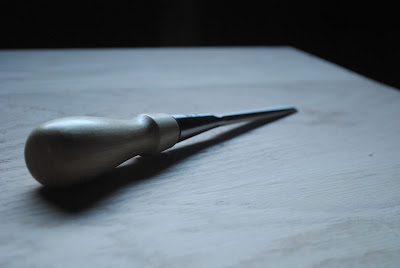 The downside might be in the drama department. I have trouble picturing a group of woodworkers being anything other than humble or supportive. Then I think about the short amount of time I've spent around some of the online forums, and I think as a group we could probably hold our own in this department.

Who would you nominate for the three celebrity judges? Who would you like to see as guest judges? What project ideas would make good challenges? You'd want to focus on a different "genre" every week, (week three is Windsor week). At the least it's a fun thing to ponder.

In the end, if the chance ever came up, I'd be up to throw down against eleven other woodworkers. At the very least it would be the best of all learning opportunities. Who knows, I might even find that I'm the show's "villain"