I had three main boards and some off-cuts to start building my Kernovian style wall cabinet. All had been floating in the wood pile for a little while. The two pine boards I spoke about and one narrower cherry board. Just enough for the doors, carcass, and back. The interior fittings and detail pieces would be made up from my offcut pile and a small stash of exotics I've been hoarding away. 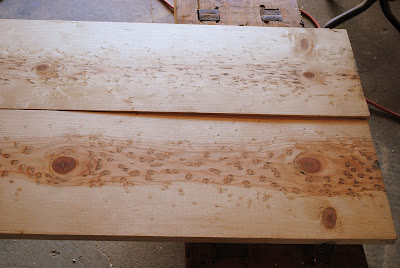 The smart way to build a cabinet is to build the carcass first, then fit the other parts to the finished carcass. I didn't follow the standard logic this time. Getting the doors to look right was the most important part of this design and build for me so that's where I started. Everything else would be fit to them.

I knew the height of the cabinet would force me to include some bigger knots on the doors. I laid the boards out and tried to decide best what to do. At first I really liked the look and symmetry I could achieve with the double knots on the far right side of the photo but there was some good cracking, checking, and chipping on the ends and I decided to make my cuts to balance the next knots down. 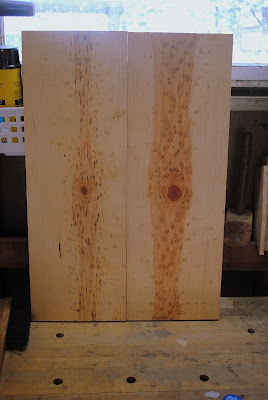 Here's the basic door stock as they are planned to be in the finished product. 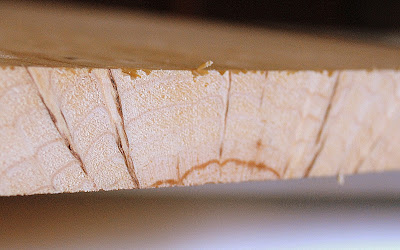 Even the endgrain of these pine boards was interesting and spectacular. 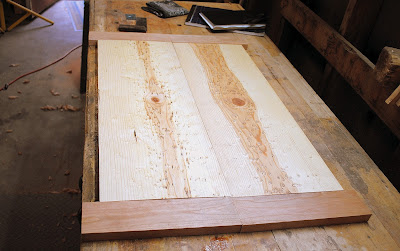 Then I got worried about wood movement. Pine likes to move quite a bit. I decided my best bet would be to make breadboard ends to cut down on any severe warping. I ripped some cherry offcut at about 2 1/2", resawed and planed it down to the same thickness as the pine, and then laid it out to try and get the grain of the cherry to flow right from one door to the other.

When I see Krenov cabinets built by other woodworkers out on the internet I think attention to the grain overall is one of the thing that gets missed some. The maker has a great piece of figured walnut board, butterflied and edge joined for the door, and it looks fantastic at a glance, but then as you look deeper you see interesting grain choices, (or lack of conscious choice) in the grain patterns of the frames and carcass.

I'm not saying I got it perfectly right, I may have failed to get the right look when I see the piece finished, but I tried to pay attention to it, and I tried to get it right. 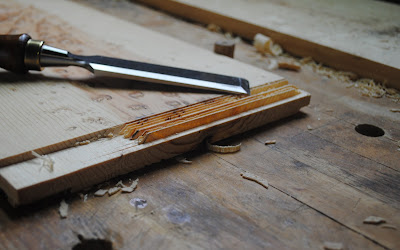 Rather than rebate plane across the funky grain of this pine, I opted to make my breadboard tenons on the tablesaw with a series of parallel cuts finished by paring with a chisel and a slick. 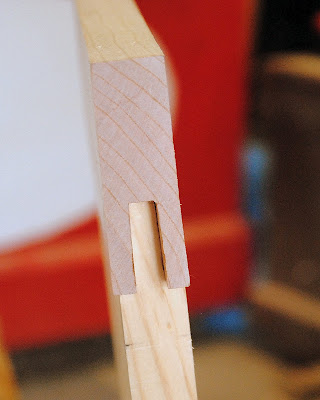 The end fit was fussy to achieve, but getting the joints right and tight was important. 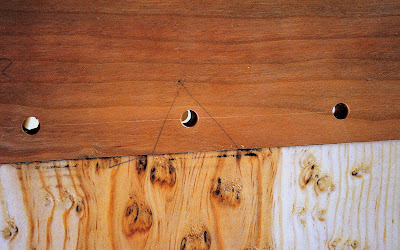 I drilled some 1/4" holes through the cherry and the pine tenon. 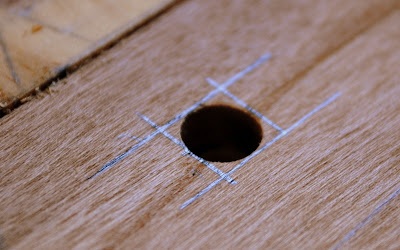 And marked out to square the holes with some chisel work. I have a square mortising bit that goes into the drill press, but it seemed like too much effort to dig it out for this. 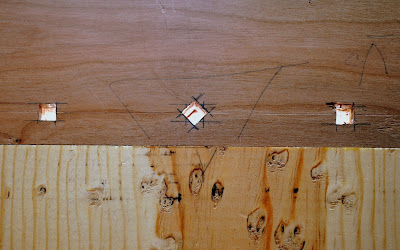 The chisel achieved my goal perfectly. 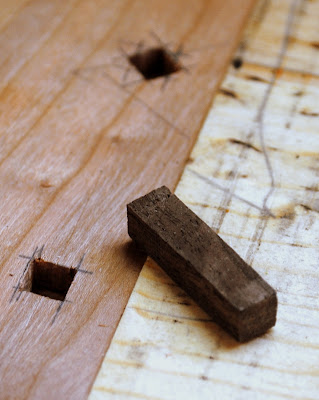 A while back I resawed some African Blackwood into slightly larger that 1/4" x 1/4" stock to use as pins. I used a block plane to pare each peg down to fit individually into the holes. 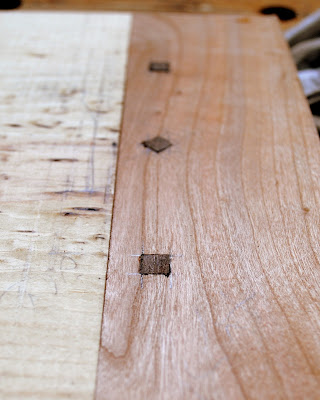 The effect after they were glued in place and flush cut away was just what I was after. I made the decision to tip the center peg into a diamond profile on the fly to add some interest and accent. I think it worked out well. 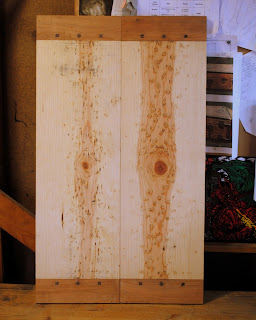 I trimmed the sides and ends and the doors are done except for their face sanding to remove the working marks and smooth them out even.

Next will be sizing a cabinet to fit a door, an exercise in problem solving.