A quick step back to the past.

I am a little stalled out in the workshop right now; it is so damn cold here in WI. I still want to get to work on finishing the saw blades I have been blogging about, and get further down the path to finishing the other saw projects. I have to remind myself I cannot do everything at once, and if I take my time, the results will be better. Especially since I am just beginning to teach myself how to do this. 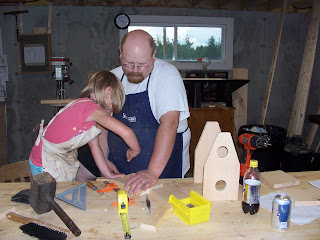 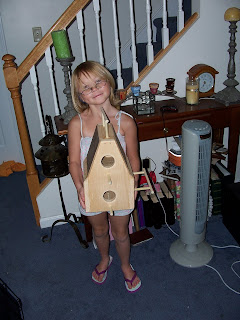 The problem is I feel compelled to write something today. So what to write about . . . I know I did a lot of teasing about the Dominy Clock early on in this blog, and I spoke about it again just the other day. The sad truth with that is I didn't do a very good job taking pictures and documenting my work while I built it, I was working hard to finish it as quick as possible, and honestly I am new to the whole “photographic documentation” thing. I have to make an effort to remember "Oh ya! I should take a picture of this." Or it doesn’t happen. Concerning the clock, I just don’t think that the pictures I took do the whole process justice. So the posting will have to wait for the clock’s next incarnation. Yes I will build it again, and probably again. Some projects I simply cannot let go of, they’re like eating just one potato chip, impossible. I end up doing a series of them instead of just one. 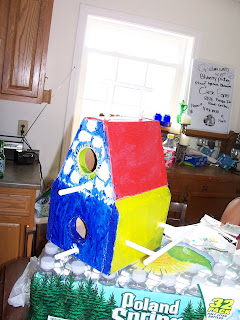 I spent some time going over the blog and all its warts this morning. I realized I never took the chance to write about a couple of the coolest projects I participated in while we were living in Maine. It started with my youngest daughter, Infinity, she’s 7 years old. She likes to be daddy’s girl and because she is the youngest, she loves attention. Now I have three daughters and I encourage them to spend time in the shop with me when they can. The caveat is that I only allow one at a time. I cannot keep track of multiple bodies and my own safety in the shop at the same time. That makes the policy read only one kid at a time. I think Fin watches for me to go to the shop because within minutes she’s there ahead of her sisters asking to watch. Chloe, my oldest, is 13 now. She has given it up on the joy of watching in the shop, for the solitude of a teenager’s bedroom, but my middle child, Fayth, still tries to come down and watch when she can. Because the youngest is faster, there is usually some competition here, some loud statements of “It’s not fair!” because it’s usually first come first served. Now don’t worry, I make sure Fayth wins enough. 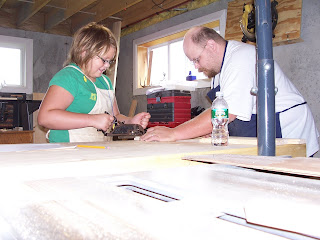 Infinity cornered me one day, pinned me down, twisted my arms, pulled my beard hair, put the thumb screws to me, (I’m running out of tortures, but I want you all to understand this process was just a step down from water-boarding!)
“Dad, I want to build a bird house.”
Sounded like a great idea. I have got the scrap and cut-offs to do it and that sounds like it would be an excellent use of them.
“OK,” I said, “but we have to do it right, just like when I’m building something, I have to make a good drawing of it first and decide all the sizes of things, plan it out, then I build it.” 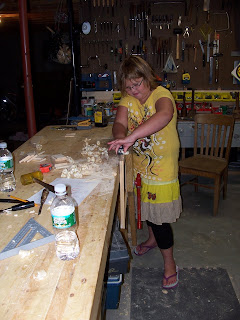 She set to work and the next two days were a flurry of paper and ideas. I tried my best to ask questions and bring up points that would help refine and control the ideas without changing her creativity in the process. Eventually we had a plan. Now don’t believe for one second that all her activity went unnoticed by the other two girls. Fayth said she wanted to build a project as well, that was fine I said but she also had to come up with her own idea and design. She had received a cheap Wal-Mart 10x13 mirror for a previous birthday and the plastic frame broke in the move. She decided to build a frame for it, which led her to a study of corner joinery and other design exploration. 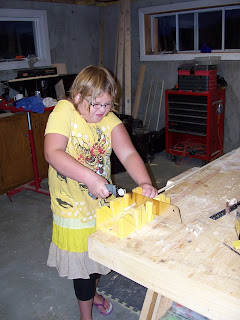 Both projects used hand tools pretty exclusively, (I did do a little bandsawing for Fayth) Infinity’s birdhouse was pretty straight forward construction with glue and nails and butt joints, (I think I did use a forstner bit and drill press for the holes) I made her do all the measuring, and a lot of the hand tool cutting. I had her work with a gimlet to pre-drill for the finish nails. It was a lot of fun.
Fayth’s frame was a bit simpler for construction with simple pinned half laps, but she is older to. At 10 years old, it felt more comfortable to show her how to use a tool, then step back and watch her figure out the fine points of technique for herself. The best was watching her saw the dowel to pin the half lap. When I was showing her how to use the saw and miter box, I showed off a bit and drew the saw cut completely through the dowel in one stroke. This became the challenge for her, as she had to repeat the amazing feat. The pic of her in front of the miter box, and the look on her face as she’s trying really hard . . . one of my favorites. 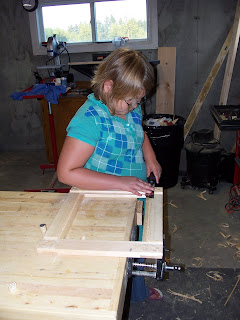 At any rate, these projects were a lot of fun and I plan to do more with my girls. I hope they learned and retained some of the things too. My wife and I are trying very hard to raise some strong women. We know too many women who seem too always need a man in their lives. No matter how bad the relationship, or any other circumstance, there are things that they feel they need a man to do around the house. Now I believe strongly in relationships, and that every child needs two parents or parental figures in their lives. Don’t get me wrong. I just don’t want my daughters putting up with someone’s crap just because he’s the only one who knows how to mow the lawn. I think these “you can do it” skills will go a long way to that. 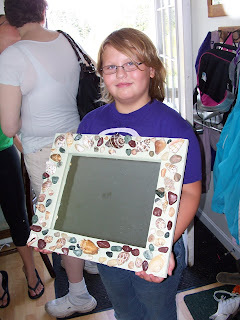 Where does this go from here? Chloe, my oldest, still wants to make a jewelry box for herself. That plan got pushed back with the move but as soon as I can, I will make it up to her. My nephew Bailey wants to build a small version of my Mastermyr chest for himself, so that is on the docket for this summer as well. Along with the things I want to accomplish myself, well there should be a lot of sawdust this summer. And that makes me very happy!
Cheers
Oldwolf