Back in the Horse Saddle and A Couple Recent Finds 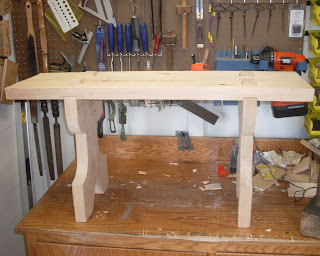 Well it has been a bit since I've had the time to post, or even the time to come up with anything valuable to post. Two days ago I managed to get started on completing the second of the saw horses. Really the same build all over again so I don't see any point in boring you with a "second verse, same as the first, a little bit louder and a little bit worse,"  So I will just say the progress is flowing much faster on the second, as things are prone to do. and I will start up again in earnest when I finish with the matched pair and move into the Joinery Bench. 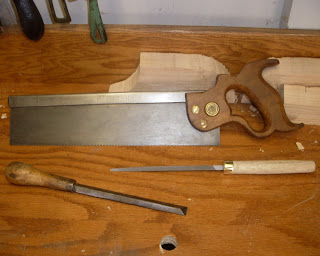 I do have some other interesting pics here though I have bought a few things on the cheep here in the last few weeks, mostly because it was recently my birthday, and I was allowed a little leeway. we went to an antique show the other day and I found a nice Disston Backsaw, Needs some clean up on the blade and a good sharpening, but at 12$ it was too nice to pass up. Also in the pic is a dovetail chisel I found at a rummage sale for 2$ and a small triangular file that I bought and Menards, but I did take the time to make the handle and ferule for it the other day. I'll need it to sharpen the Backsaw


Next I used a gift card from my sister to get a set of Irwin, Marples chisels,  Given them a little test drive, not much as I haven't had the chance to properly sharpen them yet. So far I have to say I prefer the length they give me over the short buck bros bench chisels I have used for a few years. 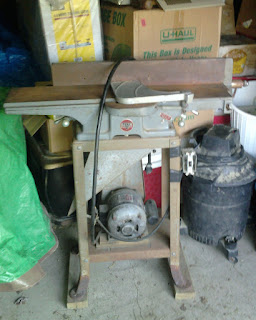 Last comes the prize I captured today, a 1950 Delta Milwaukee Jointer (The year I surmise by looking up he serial number) we went to visit a friend and her neighborhood was having it's annual community rummage sale. We looked around a bunch, and really saw nothing. There's usually not much in suburbia. But at one sale I found 4 old Disston saw handles sitting out, no price. I asked the guy what he wanted, "buck a piece" OK I thought, What happened to the saws? Apparently he buys old saws and hacks up the blades to make Ulu knives, which he then sells on eBay... I cannot imagine how many good saws are lost now thanks to this guy, but I was good and kept my mouth shut. 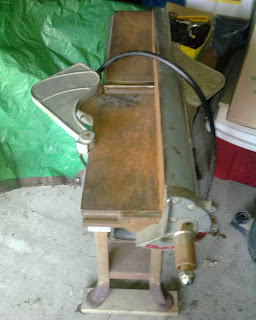 "Do you collect old saws?"  I said No I just do a lot of woodworking and I'm always looking for good tools,  "Well," he says "Come look here." and he turns me around to an almost hidden section of the garage sale pile and points out an old jointer. Well now I have to admit I am interested. "it's a heavy son of a bitch" he says "I don't wanna have to put it away . . . (here it comes I thought) I'll make you a hell of an offer.

OK I'll bite, how good of an offer?  "Forty dollars"  a little more than I came out planning to spend today but it seems to be a decent deal. There's rust and a lot of it, but the belt is intact, all the adjustments move, the knives are all there, they need sharpening, but they're present. "Throw in the saw handles?" I ask,  "sure" he says. 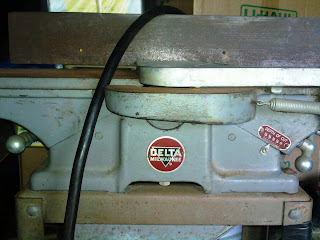 A jointer for 36 dollars, and the price of elbow grease and rust remover... I guess I can't beat that at all. It'll sit in storage with the other power goodies until I get a chance to set up a real shop again. Under the tarp you go Frankenstein, only to rise again!!! 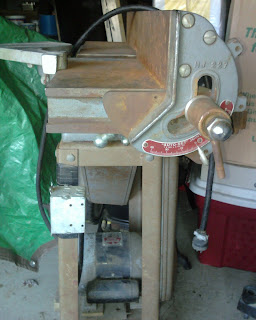