In my opinion all the best stories I know come in the form of a trilogy, including my favorite book of all time, J.R.R Tolkein's "The Lord of The Rings." 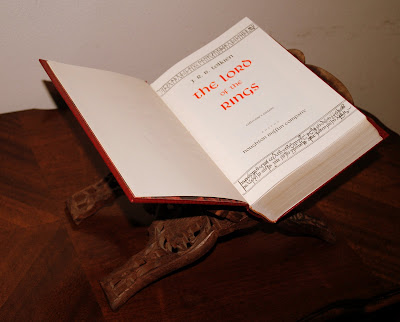 This week I have been devouring the recently released Anarchist Tool Chest by Chris Schwarz and a possibility occurred to me. I think it's possible that the woodworking world finally has it's trilogy. Three books, not all written by the same author, but all coming from the same publisher. Lost Art Press.

I own three books published by Lost Art Press, the tome mentioned above, Robert Wearing's "The Essential Woodworker," and "The Joiner and Cabinet Maker." and I wish like hell that someone had put these books into my hands ten years ago when I decided the same tools and skills I was using to remodel our house would also allow me to build furniture. (It's been a long, strange trip since that day) Yes I know these books were either not around or not generally available then but if someone would just hurry up and invent a time machine and help me out here, I'd be much further along my path. 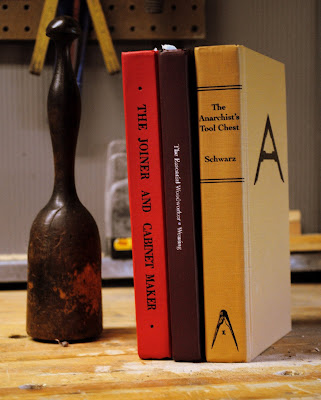 If I knew someone who was seriously interested in starting woodworking I would not hesitate to put these three books into their hands. In fact I would consider it to be the most generous gift a novice woodworker could receive, but that isn't to say that veteran saw-dusters can't benefit either, it's never too late to learn the right things. The only issue I have is I believe they were released backwards. Given a new No-Name Apprentice to give advice to I would go about it like this:

The first book I would give this No-Name Apprentice would be The Anarchist's Tool Chest. In it Chris talks simply and  factually about the basic tools that are important to start woodworking. I know everyone believes it's a very hand tool centric view considering his reputation and "THE hand tool dude" but he speaks realistically about power tools and in my opinion the conversation really lists more to the side of the elusive Hybrid woodworking experience where hand and power live in harmony together. The philosophy included on buying tools, what to look for, what to avoid, and how to go about getting the things you need without drowning in a sea of worthless metal and plastic crap. (Oh no, there's that word again)

I also really appreciate the care in which the options and "rules" for building a tool chest are covered. I know that this will be one of the hot projects for this year and a couple more after the release of this book, but I was already in the market to start building my own this year so I can get the Family Heirloom chest out of my shop and into my home where it can last another generation or two. Chris's guidance will help me build a chest that will fit me for the rest of my life and hopefully beyond.

So, you now have an idea what tools are worthwhile to start with. What do you want to know next? How to use them to get results. Here's where I would hand my No-Name Apprentice a copy of The Essential Woodworker." Robert Wearing uses a couple hundred pages to break down the process of woodworking into it's fundamentals. All the basics are here, from flattening a board, to laying out and executing basic joinery. It touches on finishing, sharpening, shop made tools, and solid design basics.

The No-Name Apprentice now has exposure to good tools and solid technique. What else could you want but some thing to build. "The Joiner and Cabinet Maker" is the perfect book for that, included along with a great story about an apprentice named Tomas are three projects that build these skills one on top the other, from a simple packing box to a chest of drawers. 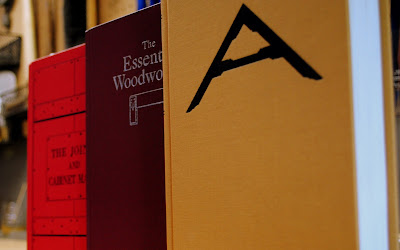 After working through these three books, the No-Name Apprentice should be ready to move on to bigger, better things.


It makes me wonder though, could Chris Schwarz be to woodworking what the wizard Gandalf is to the hobbits? One more question. If you were to consider these books to be woodworking's "The Lord Of The Rings," then which book would you consider to be "The Hobbit?"