Bench Building In An Avalanche

"Once the avalanche starts it's too late for the pebbles to vote."

This is one of my favorite lines from an old SciFi TV show called Babylon 5. It's been ringing in my head over the last few days.

A month ago today I posted here about some beams I picked up to build a new bench. At the time I thought those beams would sit in the corner of the shop for at least a few months before I was able to fit a bench build into my schedule. That was supposed to give me time to dwell and think about bench I wanted to make. Carefully weigh and debate my options and maybe save some pennies for new hardware and vises. 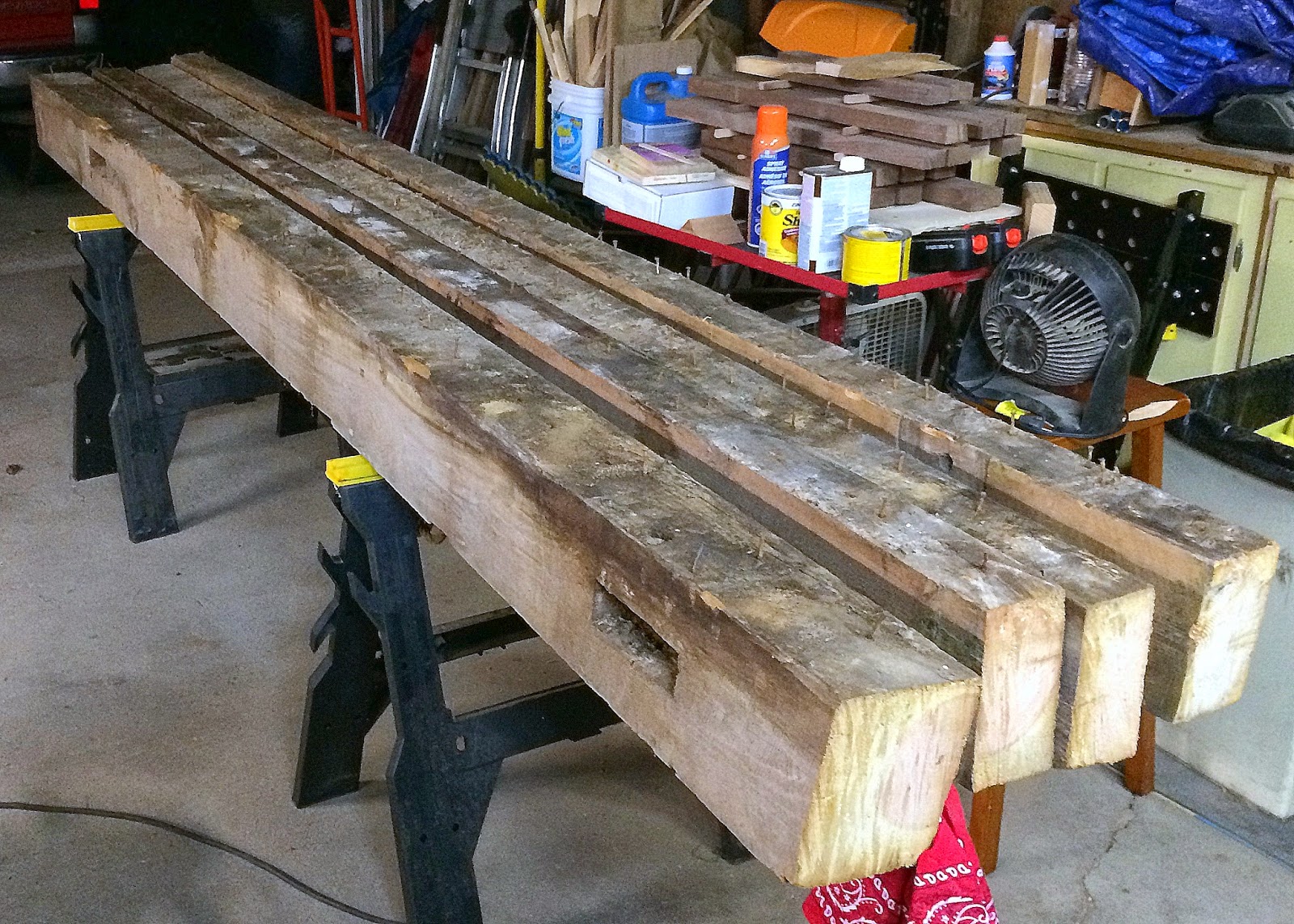 This is usually how I work, A big project has to sit and ruminate in my mind for a while. I pick apart the details and build it over and over a hundred times before I pick up a saw. Then, once I'm ready to go I can move through the project efficiently, because I have it all planned out.

This time, a trouble maker raised his hand and threw a wrench in the gears.

Mike Siemsen, The Naked Woodworker himself, was having a little spoon carving gathering at his place and I asked if I could come, hang out, and learn some from the folks there, I've dabbled a little in spoons lately myself, nothing much to be proud of really. But Mike picked up on the bench build and offered to help me run them through the big machinery he has for the school.

How could I say no. I packed up the beams in the truck and headed out for the weekend. 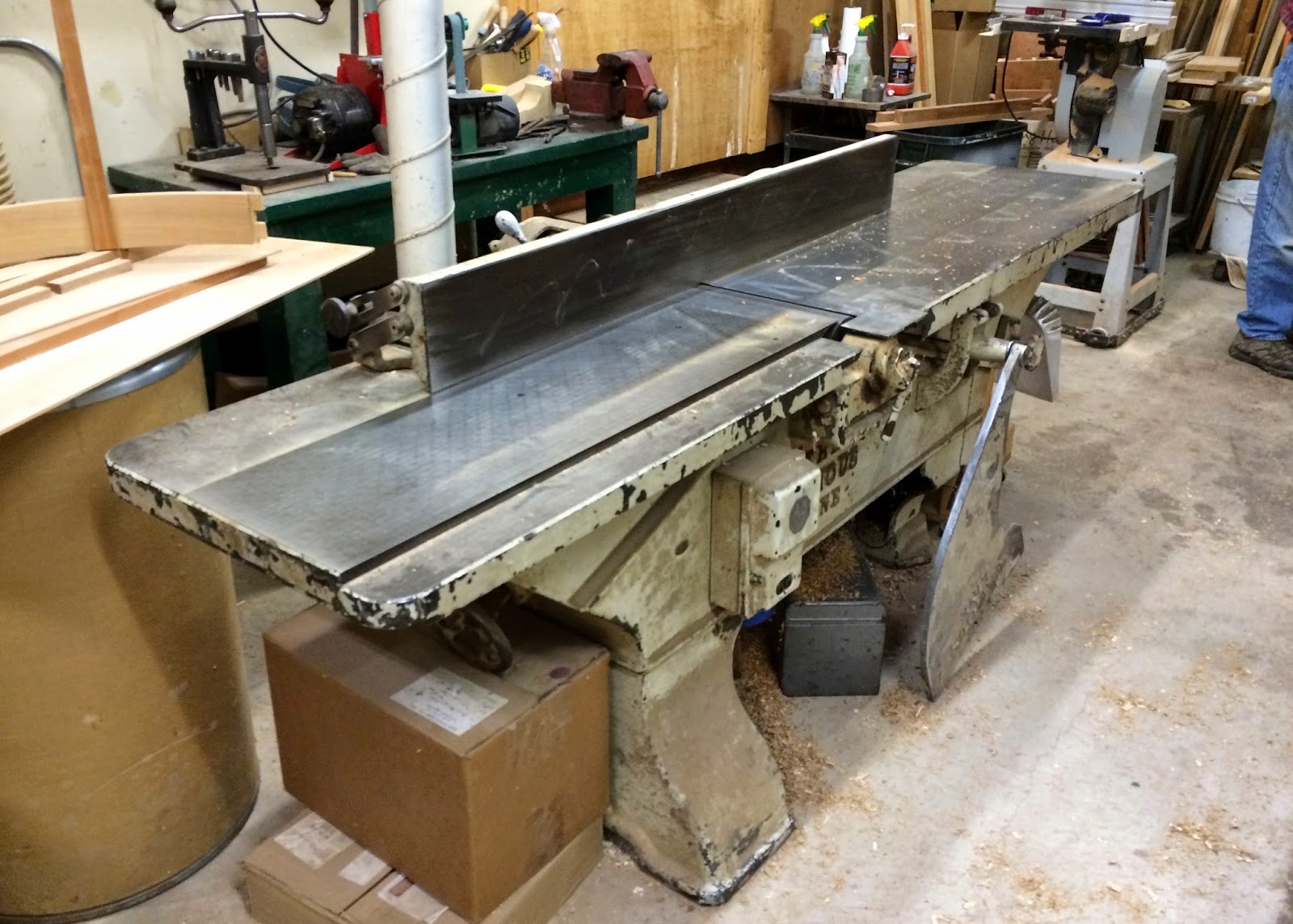 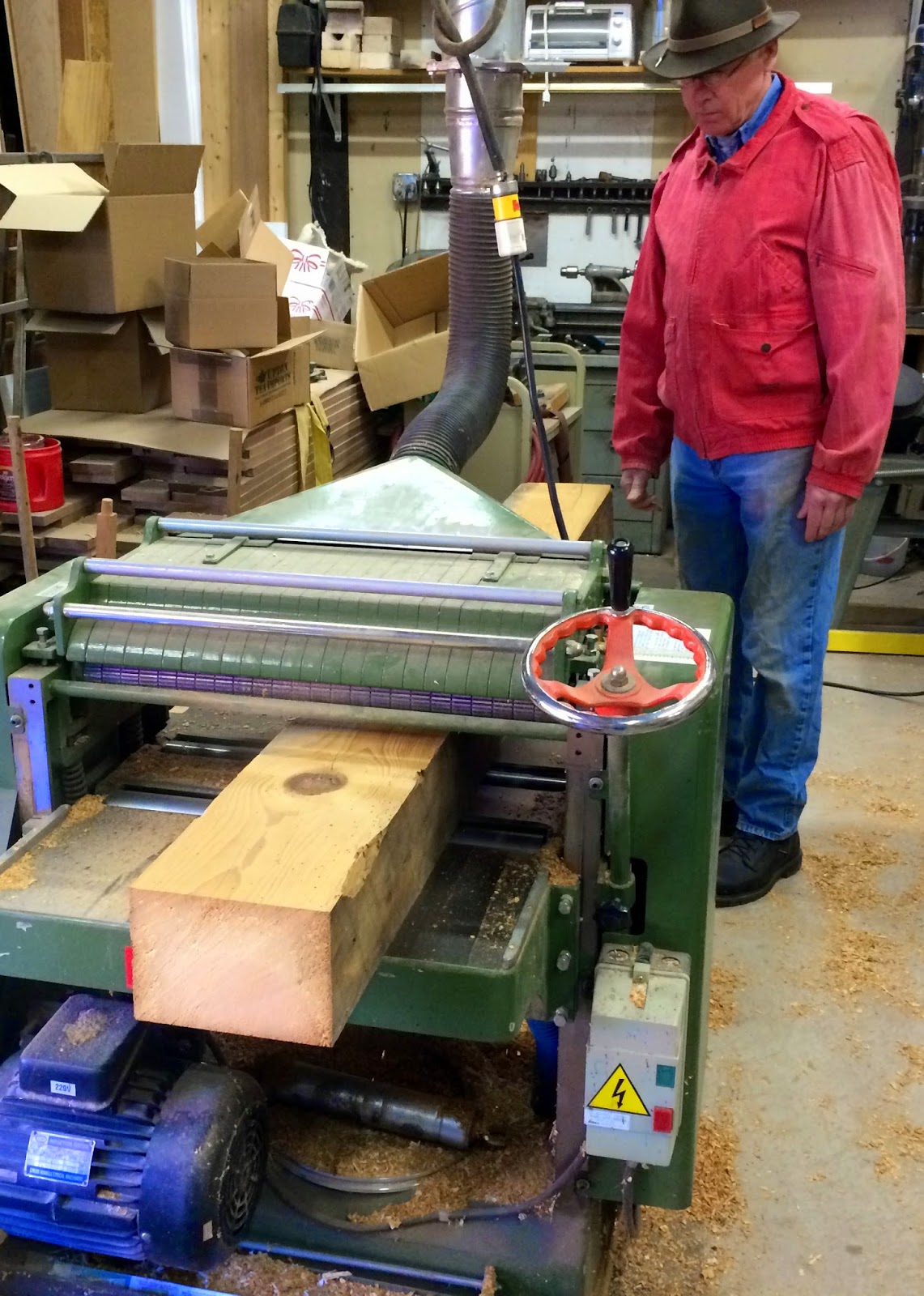 Mike does not mess around with his machines.

I have never owned a powered joiner or planer but I can really respect the power and ability inherent in these size tools. Mike is probably right when he says owning a smaller joiner that his really is just playing around.

We ran the three thinner beams (4" thick =  thinner. . . ) through the machines and glued them up into a benchtop in one evening. The next morning we scraped the glue and ran the whole benchtop through the planer one more time, top and bottom.

The result was spectacular. 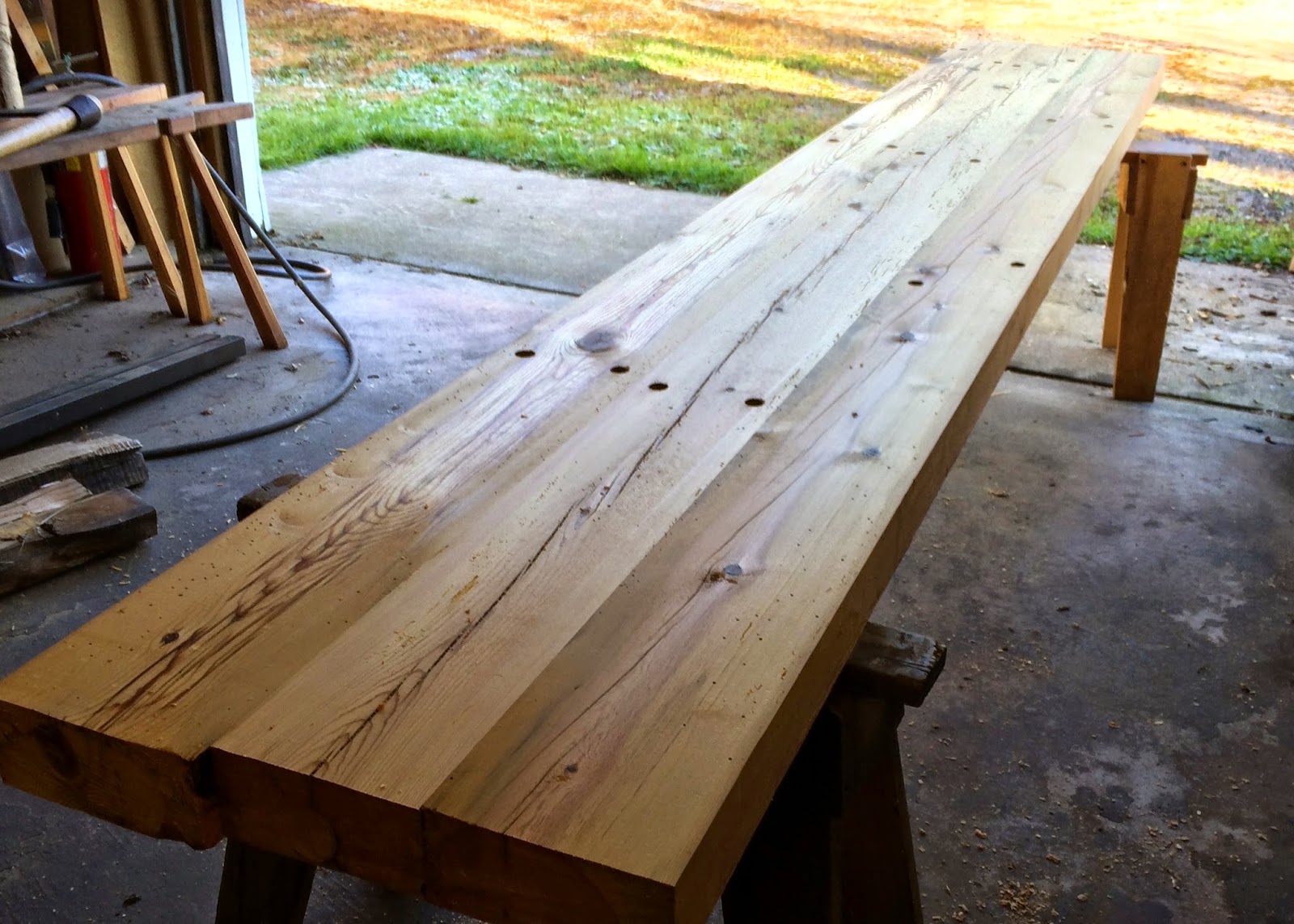 We also sawed the larger beam in half and squared it up so I could bring it home and make my bench height decisions later. I just wasn't ready to commit just then, I hadn't cogitated on it for six months yet. And that's the crux of my next issue.

I don't want to wait to get this benchtop framed into a bench. The longer I wait to get it fixed the greater the chance of something going wrong, the top warping or falling off the stools I have it sitting on. I just can't let myself wait and see if it goes wrong. The same idea as gluing up a panel of boards as soon as possible after you joint and plane them. you want to lock in that flatness with the strength of the surrounding timber. Strength in numbers.

So for me, a simple pebble, the avalanche has started. It doesn't matter what else is on my plate, (and there are quite a few things right now) today is the time to build a bench.

Thanks Mike for the kick in the ass!