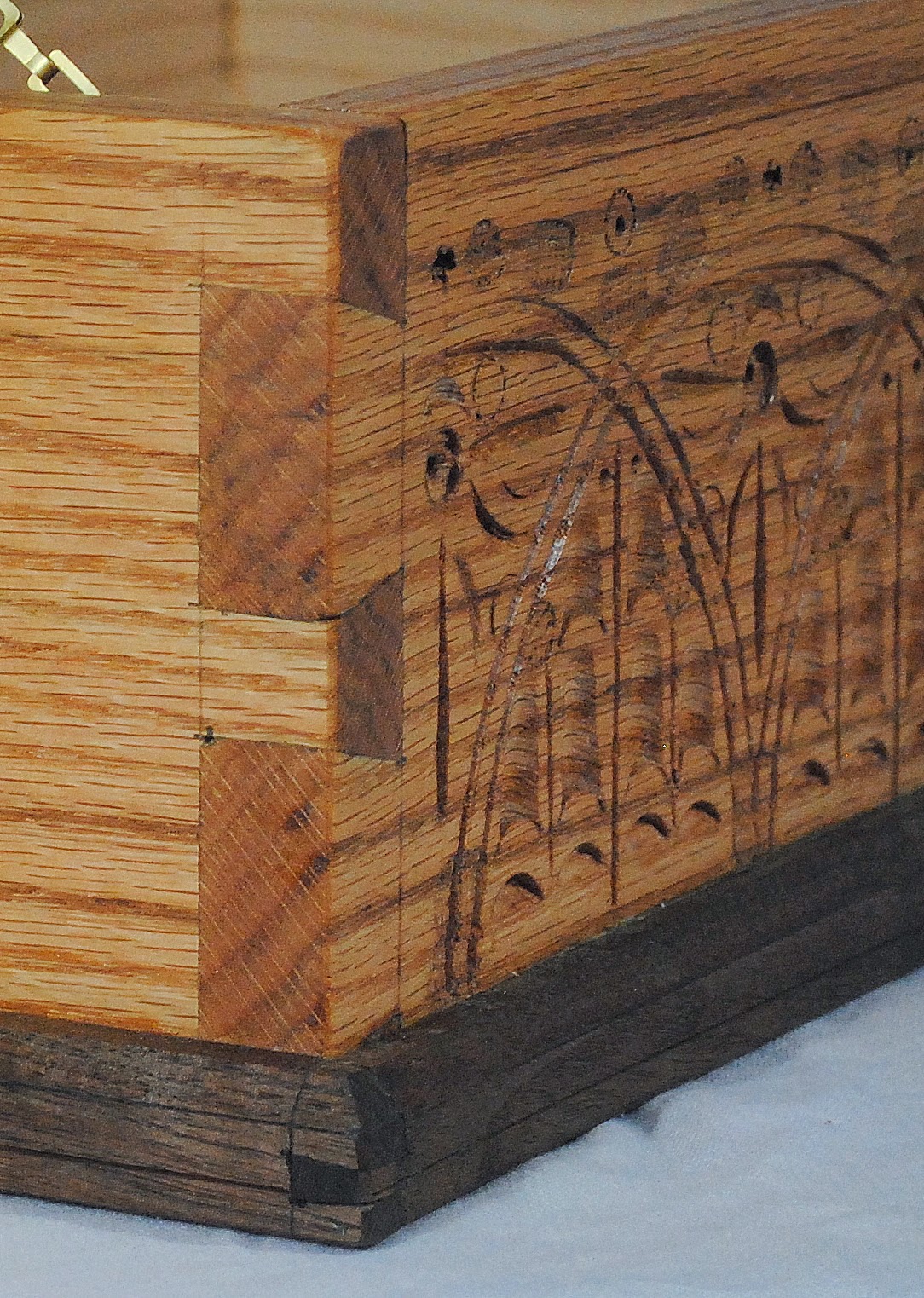 I finished this earlier this month. It was a quick build because the client was hot to trot to get their hands on it. Originally I conceived this box as one half of a pair. Both boxes born from the same board. But the client came to me desperate for something fast and I'd already started this one at a demo. So I finished it up in a couple days and it's gone now. All I have left are the photos. 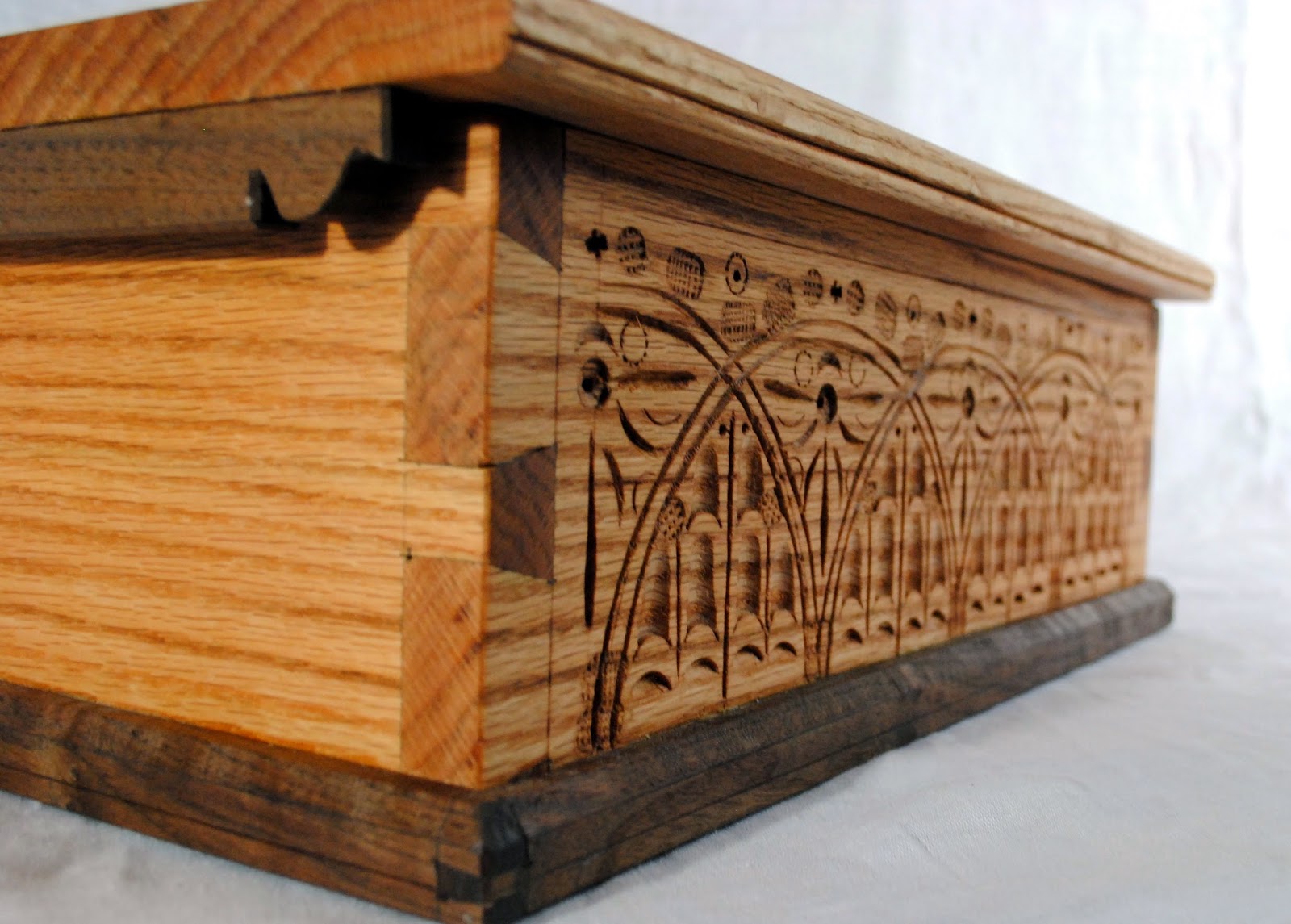 The box is red oak with black walnut trim. About 20 x 12 in dimension. I'm beginning to feel really good about these when they're done, I've started to dial in the details to where I want them. There are still things I want to explore in this form so I'm not done with it by a long shot. 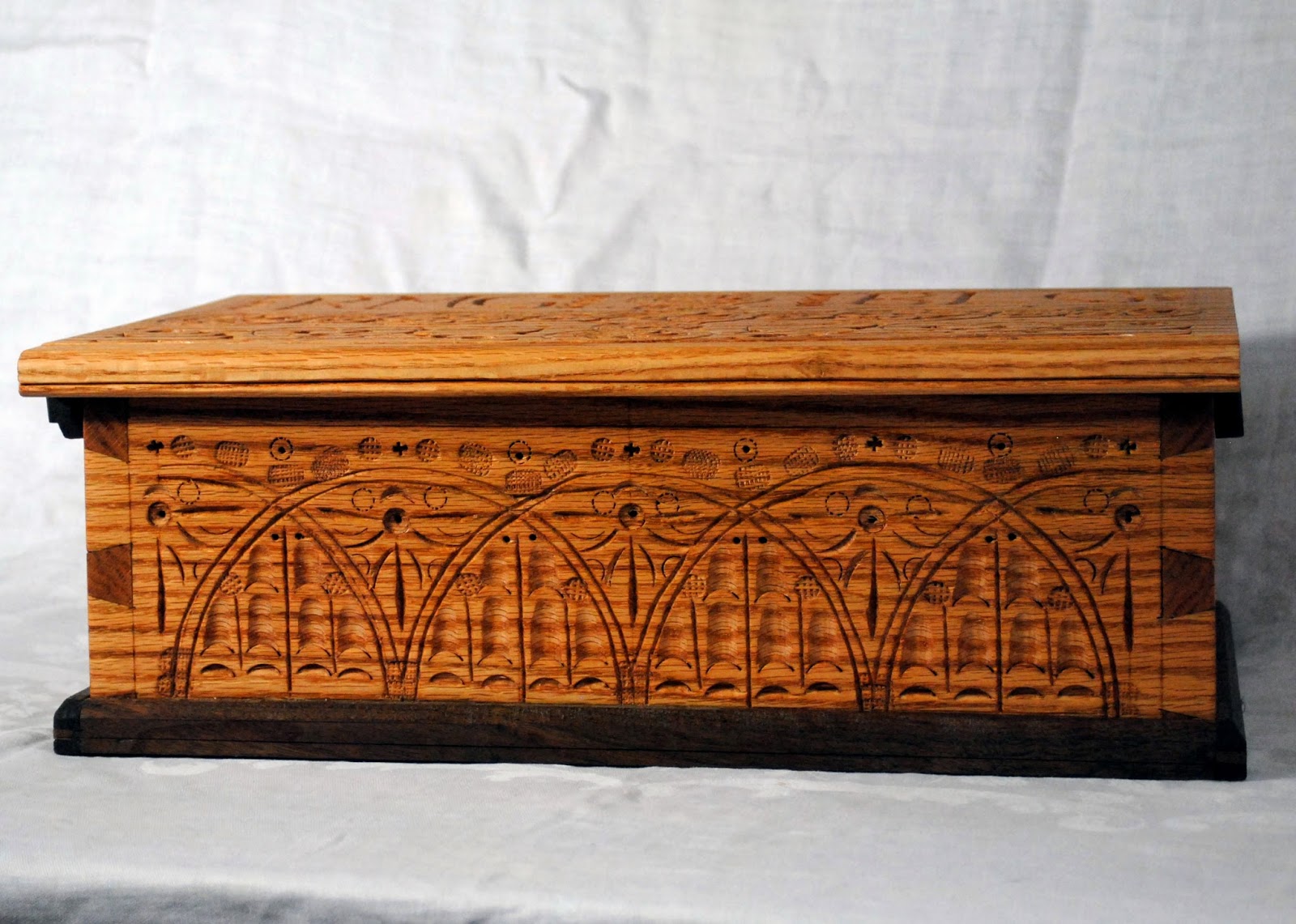 As originally envisioned, I was going to build two carved boxes from the same board. The carvings were to complement each other or whatever I was going to do with those. But the insides, at least the inside of the lid, were supposed to be my first foray into parquetry. 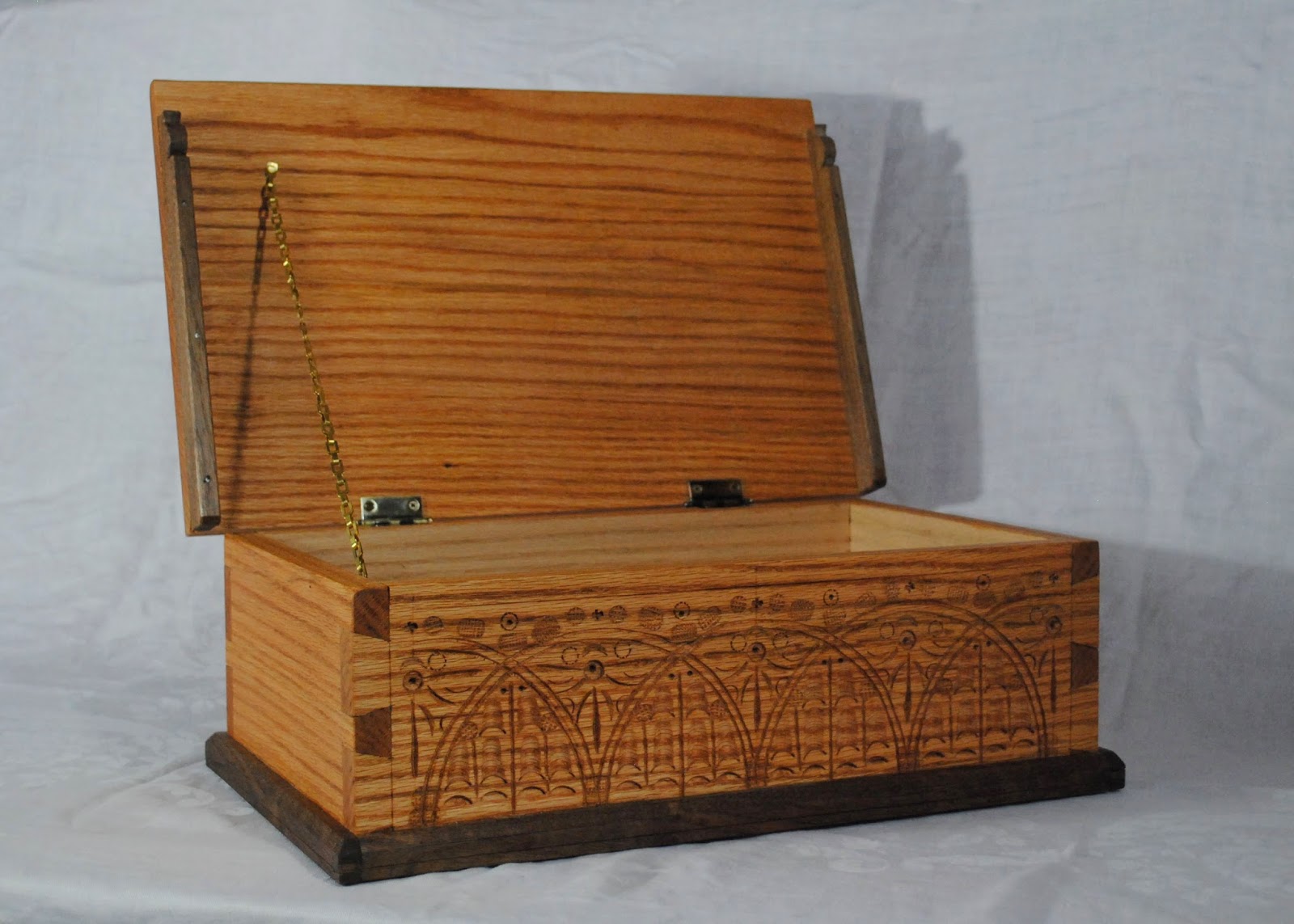 But one hot to trot person with money in their hands and I cave to my ideals. Oh well, I have some friends who are having a benefit for their son who has recently been diagnosed with Hodgekin's Lymphoma. I think I'll finish up that box and donate it to the benefit. 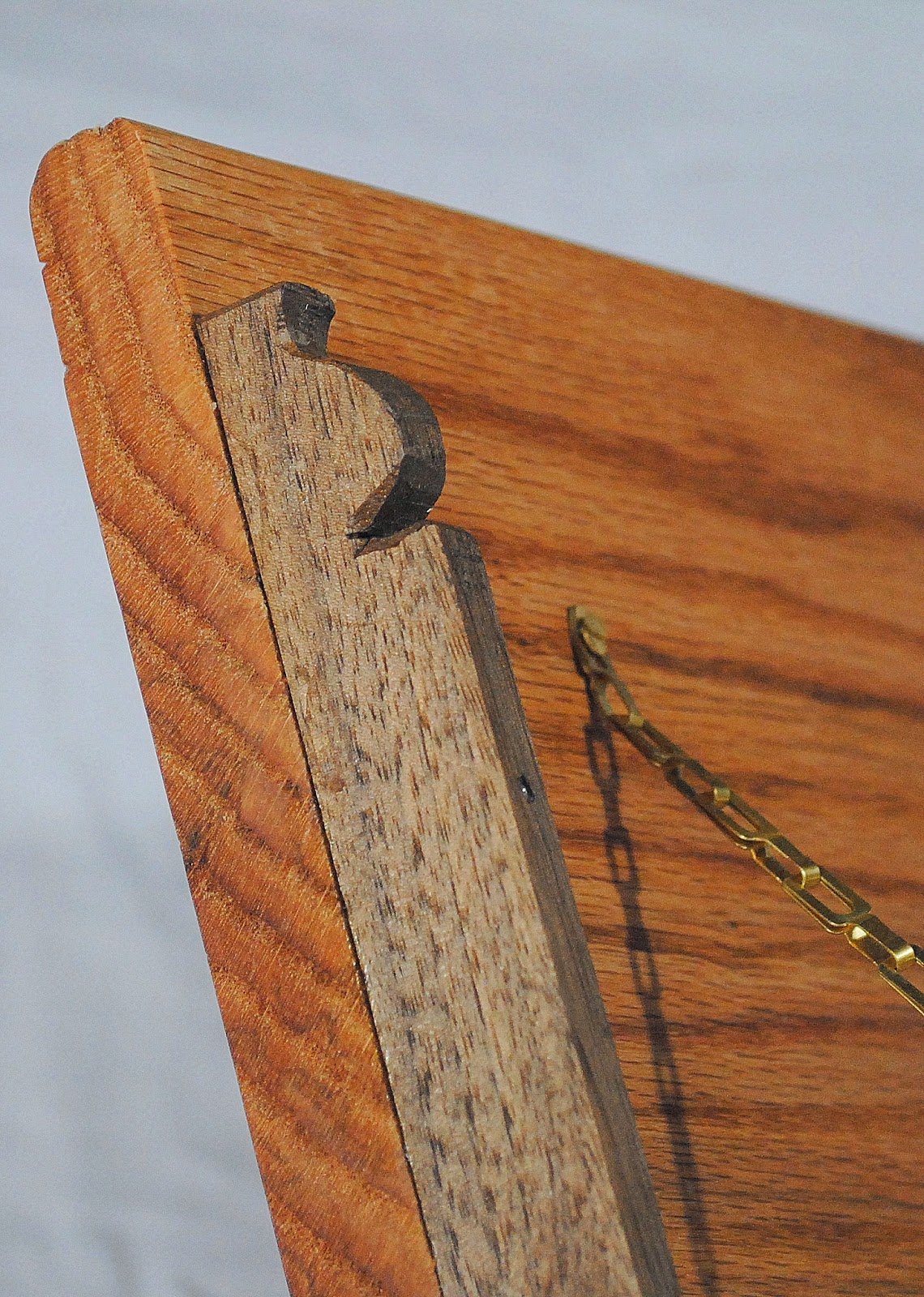 The number one question I get when people see my boxes in person is "Wow, how long did that take you." I've gotten wise enough so the first words out of my mouth are, "Well, it's not the first time I've done this." which softens the blow when I tell them the time.

Truth is I can knock out a box like this in a weekend. I cut parts and dovetails on a Friday night and spill some Danish Oil on it Sunday night. Carving and glue ups happen in between. The puzzling thing to me is the reaction I get when I admit something like this. 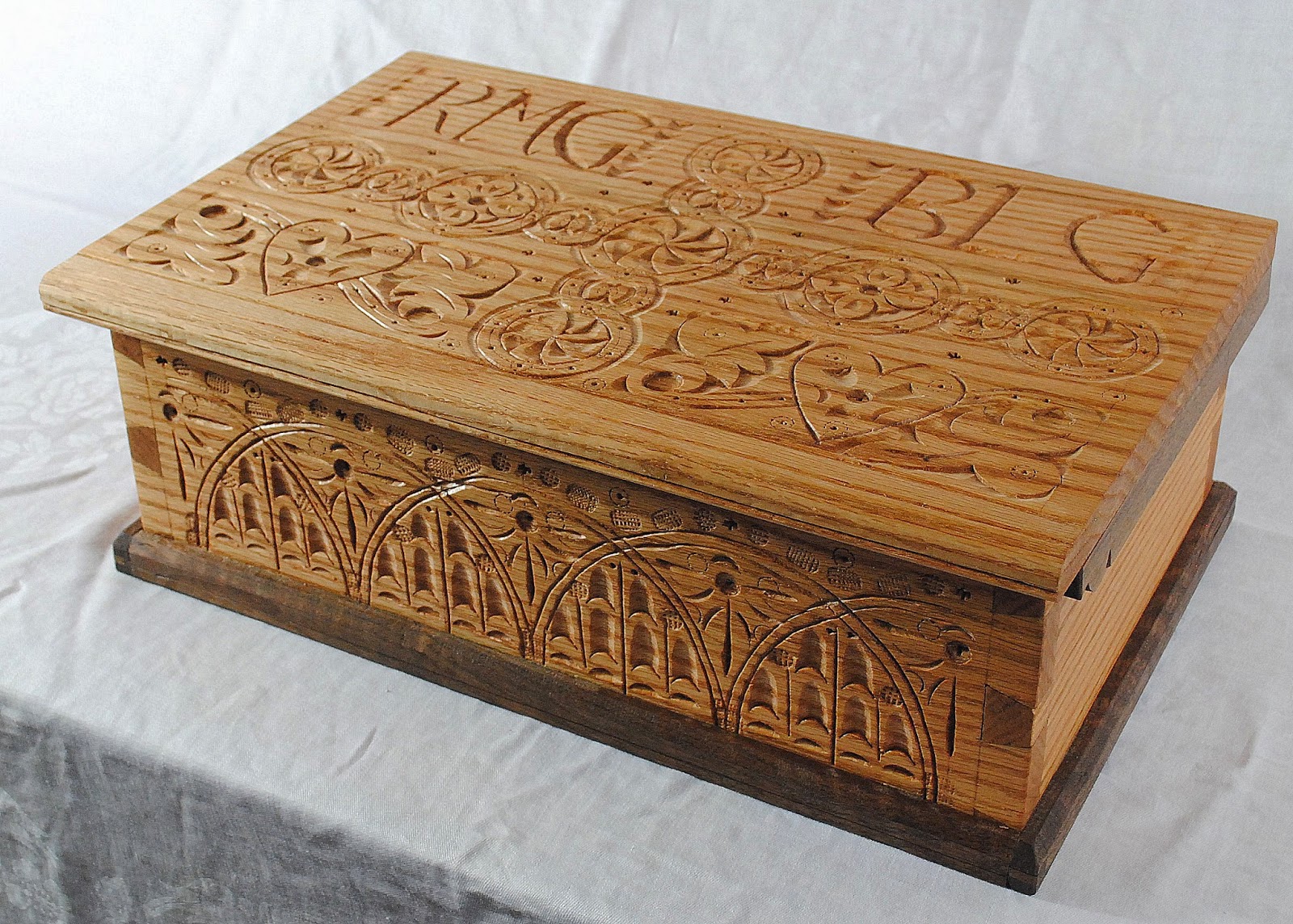 It's a paradox I simply cannot wrap my head around sometimes.

But that rant is probably for another day.